Today I am going to celebrate my youngest basset’s graduation from the 6th grade with backyard pizza BBQ and Legos. I don’t know what they are going to do, but I have my evening planned!! BWAHAHAHA

Finger of an Angel
by Panayotis Cacoyannis

After a loved-up adventure in a wood in North London, sixty-odd-year-old Lily drives off in her Classic Mercedes and takes a wrong turn. The day is unbearably hot, and the snazzy car’s air-con is broken, blowing out hot air instead of cold. Lily follows the meandering road in a state of dehydration, and experiences a series of encounters with angels and demons and ghosts from the past.

As time begins to travel backwards, Lily knows that very soon she will find her way back to the city. But even when eventually she does, events nearer home seem to mirror her encounters on the long winding road that disappeared.

If your life dissolved in a flash, would you be strong enough to survive?

Half of the earth’s population has been wiped out. Impossible to predict or stop, the Gamma Ray Burst tore through the Earth like a bullet, its radiation wave killing hundreds of millions and the aftereffects ensuring the deaths of billions more.

Now, as the world crumbles around them, a ragtag group of survivors make for the only home they know – the small town of Mercy. Spared the worst of the GRB’s effects, the town is isolated, safe and self-sufficient – for now. The flash hasn’t just decimated the Earth’s population, though. It’s brought out the worst in many of those who are still alive.

Survival in this new world doesn’t just depend on preparedness – it depends on strength.

It’s the one disaster no one can plan for. A rogue cosmic event called a Gamma Ray Burst, sending a spike of radiation through the earth like a .50 caliber bullet through a ripe watermelon. It’s speculated that such an event hit the Earth at some point in the past, causing a mass extinction event. With two potential sources for a GRB pointed directly at our heads, the chances of another one happening in our lifetime is remote… but still possible.

In Flashpoint, we explore such an event and the havoc it would wreak across the entire planet. From destroying our atmosphere to millions dying from incredibly painful radiation exposure, a GRB would be unpredictable and unavoidable for everyone, rich and poor, prepared and unprepared alike. 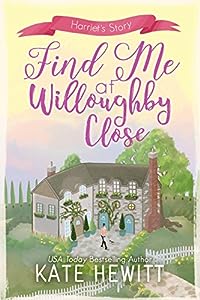 Welcome to Willoughby Close… a charming cluster of cozy cottages, each with a story to tell and a happy ending to deliver…

Harriet Lang had the perfect life, so she’s left reeling when everything is taken from her in one fell swoop. Suddenly, Harriet learns her beautiful farmhouse in the Cotswolds is double-mortgaged, her husband Richard’s been unceremoniously fired — and he’s become a little too close to his young, sexy assistant.

Harriet moves into Willoughby Close with her three children, trying to hold her head up high. With the help of her neighbor and newfound friend Ellie Matthews, Harriet starts to rebuild her life–but dipping a toe in the dating pool feels strange and meanwhile her children are struggling in different ways. She wonders if starting over is really possible…
Then Willoughby Close begins to weave its healing magic on both her and her children, and Harriet begins to see a way forward. But when Richard reappears in her life, wanting to make amends, Harriet must make the painful decision about how much of the past can be forgiven — and what kind of future she is fighting for. 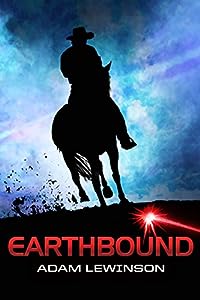 A sci-fi novel for fans of HBO’s Westworld follows the adventures of a futuristic Butch Cassidy and the Sundance Kid.

In a doomed future society that resembles the Old West, a disaffected young man and his best friend realize that they have nothing to lose so they rob a bank. Asher and Pace feel alive for the first time, although that may not last long as they become “Wanted: Dead or Alive.” After inadvertently kidnapping the young woman they both love, they must survive while being pursued by both a posse with a personal vendetta and a bounty hunter with an army of deadly robots. 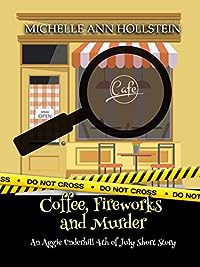 It appears Roger may have a secret love interest. Both Aggie and Betty are curious to learn more about this mysterious person named Pat that has Roger doing things out of his comfort zone; like going to a park to see the fireworks, and making dinner reservations for an expensive restaurant. Being that Roger is a notorious cheapskate, and a bit of a snob, Aggie and Betty are dying to get a look at the person responsible for his transformation. As Aggie and Betty indulge in some snooping, they accidentally stumble over a dead body that helps to solve a mystery. Unfortunately, it’s not the mystery they’d set out to solve. Will they ever learn more about Roger’s significant other? Join Aggie, Betty and Roger in this comical and quirky 4th of July mystery to find out.