Sunshine In A Book

I like starting the morning off with these great Price Drop deals. Grab them while they are still at a low price!

Not Tonight, Josephine: A Road Trip Through Small-Town America
by George Mahood

Two Brits, George and Mark, set off from New York City to explore the back roads of America. In this calamity-ridden travel tale, George sets out in true clichéd fashion to discover the real America.

Throw in plenty of run-ins with the police, rapidly dwindling finances and Josephine – the worst car in the world – and you have all the ingredients for a classic American road trip. Will George and Mark make it all the way to California?

And then there is Rachel, George’s girlfriend, left back in England. Would travelling to the United States without her turn out to be the stupidest decision he had ever made? 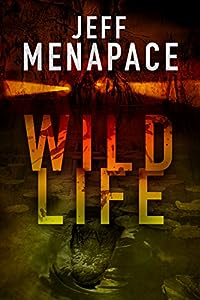 A terrifying thriller from the bestselling author of Bad Games.

Deep in the Florida Everglades, a horrific accident ignites a deadly feud between two families.

Meanwhile, a young writer, his girlfriend and her family take a boat ride into the isolated wilds of the Everglades for research on a new book, only to become unwitting witnesses to a brutal crime.

Now, as night falls, forced to travel on foot, they must flee through the treacherous wilderness while avoiding the dangerous wildlife… and the far more lethal human predators that are hunting them. 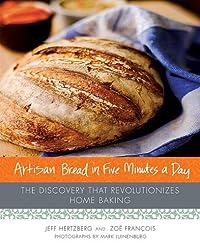 With this revolutionary home baking guide that makes the perfect gift for foodies and cooks, you can make your daily bread–and eat it too!

This is the classic that started it all. Artisan Bread in Five Minutes a Day has now sold hundreds of thousands of copies. With more than half a million copies of their books in print, Jeff Hertzberg and Zoë François have proven that people want to bake their own bread, so long as they can do it easily and quickly.

Crusty baguettes, mouth-watering pizzas, hearty sandwich loaves, and even buttery pastries can easily become part of your own personal menu, Artisan Bread in Five Minutes a Day will teach you everything you need to know, opening the eyes of any potential baker. 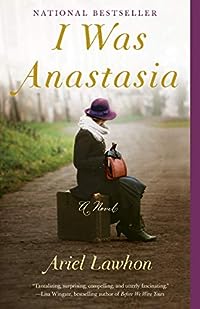 I Was Anastasia: A Novel
by Ariel Lawhon

“Compelling and utterly fascinating.” — Lisa Wingate, author of Before We Were Yours

An enthralling feat of historical suspense that unravels the extraordinary twists and turns in Anna Anderson’s fifty-year battle to be recognized as Anastasia Romanov. Is she the Russian Grand Duchess or the thief of another woman’s legacy?

Countless others have rendered their verdict. Now it is your turn.

Russia, July 17, 1918: Under direct orders from Vladimir Lenin, Bolshevik secret police force Anastasia Romanov, along with the entire imperial family, into a damp basement in Siberia where they face a merciless firing squad. None survive. At least that is what the executioners have always claimed.

Germany, February 17, 1920: A young woman bearing an uncanny resemblance to Anastasia Romanov is pulled shivering and senseless from a canal in Berlin. Refusing to explain her presence in the freezing water, she is taken to the hospital where an examination reveals that her body is riddled with countless, horrific scars. When she finally does speak, this frightened, mysterious woman claims to be the Russian Grand Duchess Anastasia.

Her detractors, convinced that the young woman is only after the immense Romanov fortune, insist on calling her by a different name: Anna Anderson.
As rumors begin to circulate through European society that the youngest Romanov daughter has survived the massacre, old enemies and new threats are awakened. With a brilliantly crafted dual narrative structure, Lawhon wades into the most psychologically complex and emotionally compelling territory yet: the nature of identity itself.
The question of who Anna Anderson is and what actually happened to Anastasia Romanov creates a saga that spans fifty years and touches three continents. This thrilling story is every bit as moving and momentous as it is harrowing and twisted. 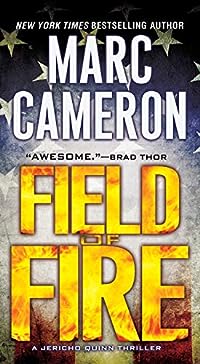 The first target is Dallas, Texas. Then, Los Angeles. A deadly nerve gas called New Archangel has been unleashed, claiming innocent lives, spreading nationwide panic, and fueling global fears of yet another attack. In the icy reaches of rural Alaska, special agent Jericho Quinn is enlisted to hunt down the man who created the bioweapon — a brilliant Russian scientist who is trying to defect and hiding in the Alaskan wilderness. But time is running out. The scientist is beginning to lose his mind to dementia. If Quinn doesn’t find him before the Russians do, the entire western seaboard and beyond will feel the wrath of New Archangel — and darkness will fall upon the earth. 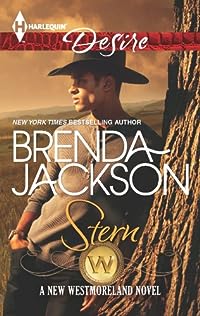 Stern Westmoreland never makes mistakesuntil he helps his best friend Jovonnie “JoJo” Jones with a makeoverfor another man. Now Stern wants JoJo for himself. Their attraction is undeniable and there’s only one way to test it: one long, steamy night together as much more than friends! 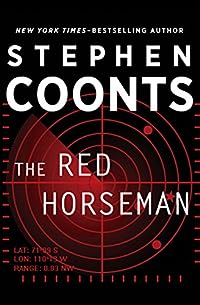 As the USSR collapses, thousands of nuclear warheads may end up in the wrong hands in this thriller from the New York Times-bestselling author of The Art of War.

Jake Grafton has been promoted to deputy director of a new US intelligence agency — and the stakes of his commission are higher than ever before. With the Soviet Union on the brink of dissolution, a vast nuclear arsenal is suddenly ripe for the taking by mercenaries, rogue nations, and insane Russian nationalists. Grafton must stop them, and he may have to do it alone — because not everyone supposedly on his side wants him to succeed.

From the “masterful storyteller” whose blockbuster tales of international suspense include Flight of the Intruder and Liars & Thieves, The Red Horseman is a startling vision of the apocalyptic danger that emerged at the end of the Cold War, a threat that still exists wherever weapons of mass destruction remain poorly secured.

This ebook features an illustrated biography of Stephen Coonts, including rare photos from the author’s personal collection.