I have been doing a lot of talking about the front yard project, so today I am going to finally show you guys a few pictures. After the lawn was all cleared out I used a hose to map out where I was going to put the dry riverbed. As you can see by the pictures, I followed my plan perfectly. Once again, my body and my brain were not on the same page. My brain said to make the river bed modest. My body said GO BIG OR GO HOME!!!! MORE ROCKS MORE ROCKS!!! I am still unsure which one I agree with, but it doesn’t really matter now. It is done. 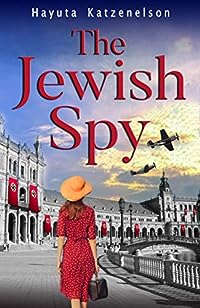 The Jewish Spy
by Hayuta Katzenelson

The chance to save many lives could cost her the loss of her own family.
Poland 1938. Eve of the World War II. Rivka sends her husband and three beloved children to the United States, where they will find safe shelter from the war.

She tells everyone that she is staying behind in order to care for her aging parents but her real reason is completely different.

Beyond her work as librarian, Rivka serves as a spy for the Jewish underground, a critical role in the changing reality in Europe.

Even when she receives letters describing her family’s desperate situation, the sense of mission leaves her no choice.

She understands that her brave choice may cost a painful price – losing her own family.

The Jewish Spy is a historical drama; The story of a brave woman with remarkable determination and strength that will leave you breathless and fully inspired. 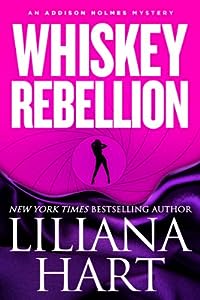 Addison Holmes is a diamond in the rough, though she’s feeling more like a big lump of coal. Teaching history in Whiskey Bayou, Georgia isn’t exactly the most exciting job. Until she finds her principal dead in the parking lot of the seedy gentleman’s club.

When Addison finds herself out of a job, she turns to her best friend, Kate, who owns the McClean Detective Agency. Addison is a natural at the job. Living in a small town has given her all the skills she needs to spy on other people and pass silent judgment. Sometimes being nosy has its advantages.

When her principal’s murder reveals more Whiskey Bayou secrets than people are comfortable with, the suspect list grows longer than Addison’s arm. Fortunately, the detective in charge seems more than capable of finding the killer and driving her crazy at the same time.

Deserted on his wedding day and left to raise triplets alone, Houston leaves his heart behind at the altar. Focused on his car restoration business and his children, he’s made it through with the help of Godmother extraordinaire, Liv Cole.

When a fire forces the feisty, independent, Liv to seek shelter in the Maloney home, the best friends begin to see what’s right in front of them.

Can they recover from loss and heartache to try again for love? 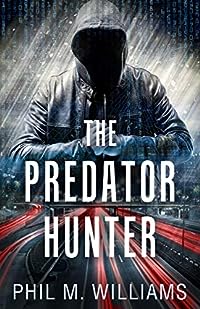 A twentysomething trolls the internet for child predators. His goal: confrontation and humiliation IRL.

Kyle Summers mows lawns by day and hunts child predators by night. Troy, his friend and cameraman, is a mall security guard by day and watches Kyle’s back by night. Together the wannabe heroes hope to be someone more than they are. But being a hero comes with a price.

Buy this twisty tale today to find out if Kyle and Troy have what it takes to be heroes.
A 2019 Finalist Indie Star Book Award 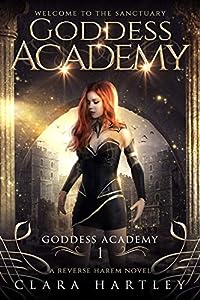 Welcome to the Sanctuary

Here, potential goddesses are spirited away… … and are given servants?

After a horrible break up with my ex-boyfriend, I meet a man with a goat’s head.

He takes me to an academy where I’m told I’m the daughter of a Greek god. There isn’t anything particularly god-like about me, except for wicked ukulele skills, so I’m taken by surprise.

But never mind my lack of powers. I’m more concerned about the four men who are assigned to me — my vassals.

Two of them are happy to serve me. I’m more than okay with licking them. The other two, though?

They don’t seem to want me on their team.

Ugh. Why can’t everybody just get along?