Another Rock To Roll

Today I am giving my lawnmower to my partner in crime. She isn’t home, so I am going to dump it in her side yard and run away giggling. NO MORE MOWING LAWNS!!!! She knows I am giving it to her, but it still feels a little wrong putting it in her yard while she is not there. Today I am going to do my best not to think about the front yard. I want to keep working, but hubby needs to make a few changes to the walkway first, and he won’t do that until the weekend. UGH!! I hate waiting. My hope is to get the project done by the Fourth of July. Ambitious, I know, but I think it is doable. My body is screaming at me to give it a break. Sorry… Brain and I have discussed it, and we are just going to go ahead with the project and get it done. Yaaa, I’m going to need for you to move those rocks over there. Thaaaaaaanks! 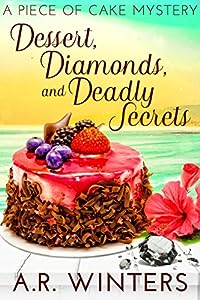 Catching a killer is a piece of cake… Or is it?

When Mindy Macbay moves back to her hometown of Santa Verona, she soon finds herself on the receiving end of anonymous threats, and even worse, unpleasant encounters with her high school nemesis and former paramours.

Will Mindy unmask the killer before it’s too late? And will her annoying high-school nemesis manage to make Mindy’s life sufficiently miserable? 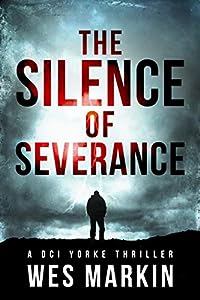 The Silence of Severance: Wes Markin’s most shocking and sizzling thriller yet (A DCI Yorke Thriller Book 3)
by Wes Markin

Your wedding day should be the most unforgettable day of your life. And this is one wedding that will never be forgotten.

When a police officer’s wedding day ends in brutality and chaos, DCI Michael Yorke is pulled away from his own wedding and into the bloodiest chain of events Wiltshire has ever seen.

As a heatwave tightens its grip on Salisbury, Yorke and his team face a race against time to find the most sinister and intelligent adversary they have ever faced. Christian Severance. But as the team chase Severance into the shadows of a dark past, Yorke’s own history starts to drag itself into the present.

Can they stop Christian Severance before he achieves the unthinkable? And will Yorke survive the revelations that claw at him from the darkness? 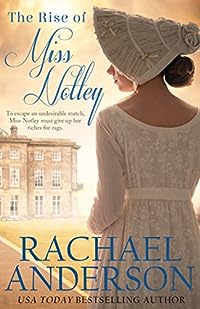 The Rise of Miss Notley (Tanglewood Book 2)
by Rachael Anderson

When Miss Coralynn Notley’s father barters her off to the first titled gentleman to come along, she realizes she must flee her home or be forced to wed a despicable man. Driven by desperation, she applies for the position of housekeeper at Tanglewood Manor, the home of the handsome Mr. Jonathan Ludlow.

The moment Jonathan sees Miss Notley, he is intrigued. She is far too young and inexperienced, yet there is something about her that that inspires a certain hope within him. Does he dare offer her the position of housekeeper or will doing so result in catastrophe? 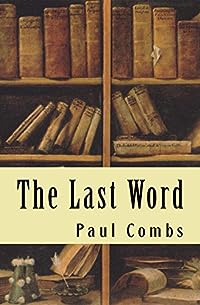 The Last Word
by Paul Combs

Sal Terranova and Camden Templeton are cousins separated by upbringing, the Atlantic Ocean, and a common language. But fate, a run of bad luck, and a dead uncle have thrown them together, and together they must save the family bookstore from financial ruin, from its own insane employees, and probably from themselves. This is the story of what happens when The Sopranos meets Fawlty Towers… in a bookstore. 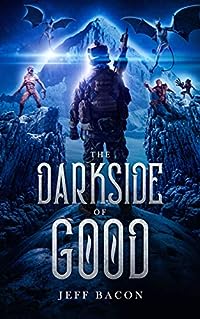 The Darkside of Good
by Jeff Bacon

He fought for his country. Now he’s battling absolute evil.

Iraq’s bloody battlefields changed Lieutenant Jacob Baccus forever. When a cakewalk mission to loot Baghdad’s National Museum turns his entire platoon into mincemeat, his mind shatters. And with his sanity still in doubt back home, he believes his only way to redemption is to sign a binding contract as the church’s special assassin.

Shocked to learn that demons and fallen angels are real, Baccus finds himself embroiled in a brutal war that’s been raging for millennia. And unless he can take down the bad guys faster than they pop up, everyone he’s sworn to protect will die.

Will Baccus’s torment lead him down a dark path, or can he rise up as the ultimate soldier of light?

The Darkside of Good is the first book in the twisted Darkside of Good grim fantasy series. If you like tough-as-nails heroes, gory horror, and wicked humor, then you’ll love Jeff Bacon’s graphic rollercoaster ride.