Friendly Flower Or An Icky Weed

Once again I find myself nurturing with good soil, love, and water, a worthless weed. This is the problem with me and seeds. I plant them and whatever starts popping up I take care of. So far the first things to pop up are weeds that are most likely pushing out or smothering the seeds I planted, and me being a doofus, I help them along. You might suggest to me that I try planting seeds in a seed tray and using a greenhouse to get them started. The last time I had a greenhouse, half my house caught fire..soooo…no. I know the greenhouse was not what caused the fire, but that’s what was on fire, so greenhouses are not my favorite thing right now. I am excited about one type of seed that I planted. it is an orange hydrangea. I planted three seeds in a pot and put little toothpicks where the seeds are so I can watch them and know if it’s a friend or foe. I think that is the best method for me. Although it does require a bit of patience. That is something I am definitely lacking. 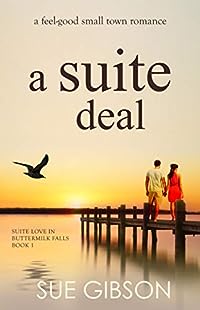 Opposite-attract, but nobody ever said it’d be easy!

Dumped by her fiancé, Lily Greensly retreats to Buttermilk Falls to help out at her family’s rustic fishing lodge…

But when she finds a new-age hotel spoiling the view from her cherished Osprey Island, Lily decides that the Nirvana Hotel’s handsome owner warrants closer scrutiny.

Ambitious hotelier, Ethan Weatherall, is determined to buy Lily’s island and convert it to a concrete helipad. But when Lily’s sweet soul and independent spirit start to make his heart beat faster, he struggles not to fall for a woman who hates the city life.

Now, Lily must figure out a way to stop Ethan from destroying the tranquility of the lake while trying to resist his charms. If she can’t, there’s more than just Osprey Island at stake.

You will adore this sweet romance because who doesn’t love watching two enemies fall in love? 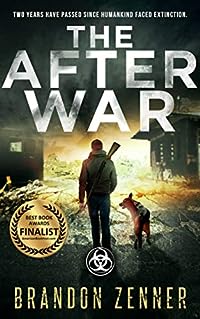 Two years have passed since humankind faced extinction: Two cousins are leaving the protection of their underground bunker for the first time, after a cataclysmic war and unrelenting disease ravaged the earth. On the other side of North America, a young survivalist is leaving the seclusion of his cabin deep in the woods, traveling with his aging canine companion, Winston. For individual reasons, these men are traveling east, where the fragmented lives of a small number of survivors will soon be decided by the choices of a corrupt few. Although they are not yet aware, the strength that resides inside them will soon be tested, and destiny will call for their fates to be forever intertwined. 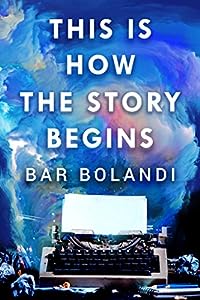 This Is How The Story Begins: A Novel
by Bar Bolandi

Writing is his lifeblood. Will his dream slide into the abyss?
Charlie is an intense man, rebellious, and unlucky. He returns to his country of birth after living in France for about six months, where he went following a love which turned out to be a huge disappointment.

Broken and frustrated with his state of affairs, he tries his hand at the dream he had always been toying with — becoming a real writer. The problem is he cannot write.

When he casts doubt on the existence of love, he enters a world of mystery where he meets a woman who tries to show him the error of his ways through a road paved with obstacles and adventures, so he can break through his writer’s block.

Charlie is looking for the promised land he needs in order to breach the barrier, but his greatest enemy, self-destruction, gives him no rest and threatens to hurt the only thing that truly matters in his life — writing. 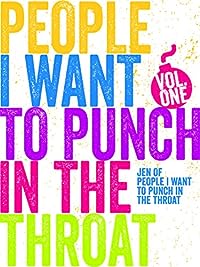 The first collection of Singles from the New York Times best selling humorist, Jen Mann. This is a collection of original essays that can not be found anywhere else.

Each volume is different and you never know what you’ll find. They are an assortment of Jen’s childhood memories, stories about her family, and rants about everything that make her punchy all told with her usual snarky take.

Volume One of this series includes 3 NEVER BEFORE SEEN essays:
Sarah: The First Person I Ever Wanted to Punch in the Throat
Today I Am a Woman. Oh Shut the F*ck Up, Will Ya?
Wear Your Damn Coat. And Other Things I Would Like to Say to Your Kids. 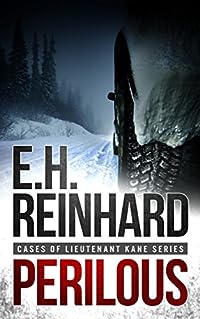 Perilous: Book 4 in the Cases of Lieutenant Kane Series of Police Procedural Novels

Tampa homicide lieutenant Carl Kane was looking forward to his vacation — a break from psychopathic serial killers, dead bodies, and the daily grind.

At least, that was the plan…

When bullets rip through his sister’s house and interrupt his morning coffee, Kane’s vacation comes to an abrupt end.

Without his team, and fifteen hundred miles out of his jurisdiction, Kane faces his toughest challenge yet. He must ensure the safety of his family, find his missing father and stepmother, and figure out who the men are that are hell-bent on killing him.

If only things were that simple…