The Space Between Series by by Susan Rooke

The Space Between series by by Susan Rooke is a fresh and unique take on angels and demons. With vivid and fascinating characters, readers are sure to delight in this wonderful series. Enjoy! 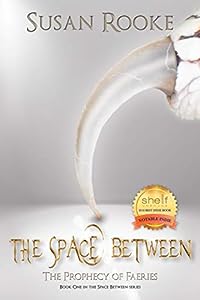 A young woman. A kidnapping. And a journey through another world.

Mellis has been taken by faeries in the hopes that she is the key to an ancient prophecy. But to fulfill this prophecy, she must make a great sacrifice. Will she accept her new life with her captors? Or, will the most ancient of evils destroy their dreams? Luckily, Mellis has friends on her side: her faithful dog, a wise talking cat, and a dragon. The battle against Hell begins in The Space Between. 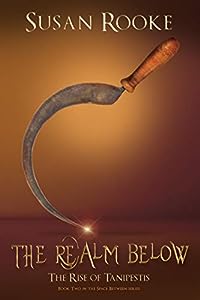 The Realm Below: The Rise of Tanipestis (The Space Between Series Book 2)
by Susan Rooke

His powers diminished and his form greatly changed, Satan bides his time until he can return to his terrible strength and his kingdom of followers. Cautiously hopeful of Satan’s defeat, the Penitents have resumed their lives in the Space Between, while contending with new additions and the tragic loss of one at the Keep.

In the Realm Below, chaos reigns among the leaderless demons. The monster Tanipestis, no longer under Satan’s thumb, sees an opportunity to disturb the balance of power among the Fallen.

When Satan discovers his disciples can be easily led astray, he decides to reinvent himself. And what he does next will set off a desperate search across three worlds.