Move over C S Lewis and Roald Dahl. There’s a new storyteller on the rise and she’s only 11 years old! No magic, no time-travel, no fantastical beasts. Just good clean story telling as we watch and grow along with Aimi Wilby. Enjoy! 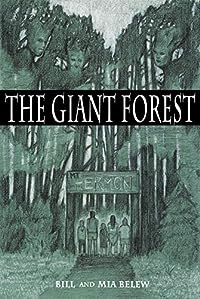 The Giant Forest: Chapter Book for Parents and Grandparents of Preteens Who Love to Read (Growing Up Aimi 1)
by Bill Belew, Mia Belew

Prepare to rediscover the value of friendship when family lets you down.

In this mysterious true-to-life story, Aimi, Roci, Mousi, Sybil and Sycamore are a loose group of friends, aka The Bunch, who attend school together. The Bunch go to a 150-year old church camp, Mount Hermon, founded around the time of the first gold rush in 1849. The camp is located in a giant forest in the Santa Cruz mountains of California, just over the hill from Silicon Valley. In keeping with the principles of its founders, Bart, Prissie and their adopted son, Artie, the camp administrators have created a modern day refuge for children like the Bunch who live at a time when many people around them, including their parents, are chasing new gold nearby.

Each member of the Bunch becomes seemingly inexplicably lost in the giant forest. They must each find themselves, then find one another before they can together again find their way home. Along the way they are baffled at why they receive help from new animal friend. Each member of the Bunch battles with and finds resolution to problems they face at home from overbearing or neglectful parents, sibling rivalry, prejudice, betrayal and displaced loyalty.

When the five become reunited, bigger battles ensue. To return home they must overcome giants that have plagued them throughout their lost experience. If victorious, the Bunch can return to Mt. Hermon with the help of their new forest friends.

A chapter book for for preteens who love to read.

The discussion questions at the end of each chapter have been parent and child, student and teacher and reading group tested. Create stronger ties with the people who are important to you.

Giant Forest = a really big forest… Or… a forest with giants? Or both?

Only the reader knows.

In this frame narrative, the second book in the Growing Up Aimi Series, Aimi is on a peace corps mission in the deepest jungles of India.

Her first priority is the safety of the children she came to serve. Her second is to teach them to love to read.

Miss A reads a book to the children about an earlier time of mystery when the high tech world threatened her friends and their new school. The young people determined to implement an old school approach to meet the challenges of the high-tech antics of adults bent on becoming the next unicorn in Silicon Valley.

All the while, the school and children where Miss A is serving face the danger of being lost to the forces of time.

Remember the impact that teachers and mentors have had on you and your life when parents and children, teachers and students read The Heliuna Academy together.

The questions at the end of each chapter are student/teacher, parent/child and reader group tested. Go deeper in the relationships that are important to you.

Can Aimi and her friends learn why their beloved teachers have gone missing? Can they stop the tides of change?

Only the reader knows. 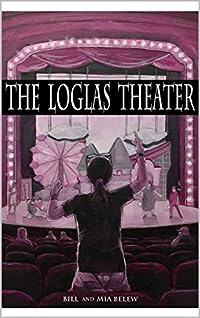 I, Aimi, stood motionless as I peered through the just-closed final curtain.

A few moments ago, we put a wrap on the last performance of our unique take on Beauty & the Beast. We called it – The Rose and the Thorn.

Welcome to Book 3 in the Growing Up Aimi Series. Historical fiction? Mystery? Coming of Age? Or all.

I guess the thinking is, or was, that if our school can twist Roald Dahl’s Charlie and the Chocolate Factory to our tastes, then Disney’s Beauty and the Beast would be fair game as well. Or, should I say, Gabrielle-Suzanne Barbot de Villeneuve’s Beauty and the Beast. She wrote it, gee, like, almost 200 years ago. I won’t say her name, however, for fear I say it wrong and Violet gets offended. She’s like that and will know how to say it. Not just because she is from France, but can speak French. And she does love to point it out to me when I make a mistake.