From The Dirt To Running Shoes

My front yard project is coming to an end. It’s odd to think I won’t have it to consume my mind anymore. I am very happy with the way it is turning out, and it looks even better than I had hoped it would. I still have to put drippers in and then mulch, but after that I am done done. Foolish me. I promised my oldest baby basset that after I finished this project we would turn our focus to exercising. EW! I want to focus on the couch. Although by the looks of how it is going on out there in the real world, we might be going back on lockdown. We should get out while we can and enjoy the fresh air. Hike a bit, maybe catch a frog or two to put in the garden.  I will be sure to post pictures of the front yard when it is done. I am hoping for Friday, but I am not patient so it might just be done today. 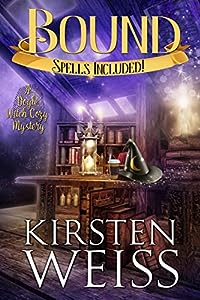 Book 1 in the Trilogy!

The Bonheim triplets live seemingly ordinary lives, hiding their magic from their neighbors in the small, mountain town of Doyle, California. But then a body is found in flighty, big sister Jayce’s coffee shop. Confronted by a sheriff with a grudge, a sister in denial, and a sexy lawyer with an agenda of his own, no-nonsense Karin must prove her sister innocent.

But as Karin works to unravel the murder, the knottier the mystery of her small mountain town becomes. Why are hikers vanishing in the nearby woods? Why are some people cursed with bad luck and others with good? And what is Jayce’s lawyer hiding?

With her sister’s fate hanging by a thread, Karin struggles to untangle the truth, and death stalks ever closer…

Knot magic spells at the back of the book!

Follow the magic with the Doyle Witch trilogy, starting with book 1, Bound. Each book has its own complete mystery and romance told from a different sister’s point of view, and Bound, Down and Ground can all be enjoyed independently, with a magical storyline weaving through the three books. Read Bound and escape into the enchanting world of Doyle today. 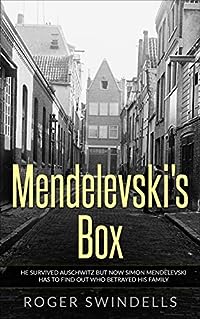 September 1945. Auschwitz survivor Simon Mendelevski, penniless and unkempt, returns to Amsterdam in a desperate search for his family, friends and neighbours.

Simon meets two Dutch women, both of whom have also suffered. One, known to him before the war, is anxious to make amends for what she perceives as a failure by her fellow citizens to protect the Jewish population while easing the pain of her own loss. The other arrived in the city after the bombing of Rotterdam in May 1940 during which she lost a limb.

He searches for the address where he and his Jewish family were hidden prior to their arrest by the Nazis for anything tangible connected to his family, and for whoever betrayed them. Only after finding answers can he start to rebuild his life. 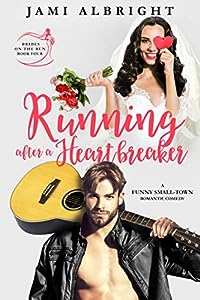 Running After a Heartbreaker: A Funny Small-Town Romance (Brides on the Run Book 4)
by Jami Albright

“The worst.” He placed his hands under her butt and lifted. “Should I stop?”

Hailey Odom’s life is out of tune. The bar she owns with her father is a Texas-sized money pit that she has four months to save. Her mean as a snake ex-husband is breaking their daughter’s heart daily. And the town of Zachsville hates her guts for something that was only fifty percent her fault.

And oh, right, she just ran out on her own wedding.

Beau Callen’s life is hitting all the right notes. Dubbed “The Heartbreaker” by his adoring female fans, he’s living the country music stardom dream. At least until an “altercation” lands half his band in jail and the other half in the hospital, this rising star could use a temporary place to crash.

The last thing Hailey or Beau needs is a scorching hot romance messing with their plans. So when Hailey rents Beau her backyard guesthouse and passions blaze hotter than the Texas sun, their dreams are in serious danger of going up in flames.

To make it all work, they’ll have to keep their hands off each other and their eyes on the prize. Too bad their hearts are singing a different tune. 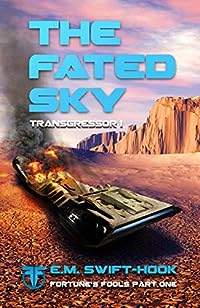 One man’s fight against fate shapes the destiny of an entire world.

“If he lives, perhaps we shall find out what kind of fighter he is, this man from the stars.”
From the moment he wakes up in the caravan of the merchant-princess Alexa the Fair, Avilon Revid has to fight simply to survive in a world where he is seen as alien and dangerous. Battling to obtain his freedom, Avilon must push his skills and resources to the limit, if he is to find a way off-planet before his enemies can track him down.

Temsevar is an insignificant Periphery World on the very fringes of Coalition dominated galactic civilisation. Settled long before the rise of faster-than-light technologies and left isolated for hundreds of years, its population have degenerated into the barbarism of a medieval culture. This primitive world has nothing the wealthy planets of the Coalition could want, until it becomes unwitting host to one of their most dangerous enemies – Avilon Revid.

But Temsevar has its own brutal conflicts being played out against the backdrop of its harsh and unforgiving climate. The society is dominated by a ruthless Warlord, intent on subduing the entire continent to his will and whose brilliant general – Jariq Zarengor – has earned a reputation for callous bloodshed. And then there is the enigmatic Durban Chola, trading information to whoever pays him for it, while playing his own, highly dangerous, game with fate. 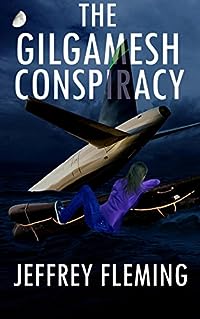 A sensitive political deal codenamed Gilgamesh, goes wrong at the beginning of the Iraq war.
One by one the people who know about it are eliminated, except for two: Ali Hamsin, an Iraqi government translator who is kept hidden in Guantanamo Bay and Gerry Tate, a British intelligence agent. She is in prison for murder.
Years later Ali Hamsin says he will reveal his secrets, but only to Gerry Tate. Their captors decide to bring the two together and keep them both alive for a short while longer, but Gerry Tate is a dangerous woman to set free.