I See The Finish Line!!!

I just stepped in the house to post this noon post. I have dirt ALL over me. I am so gross right now, but I wanted to post a few pictures of my progress this morning. When I got back from my little jog, to my delight, my plants had already been delivered. I spent a good hour or so putting them where I thought they should go, and then went right to work planting them. This is what I have done so far. My hope is to get them all planted today and drippers installed. I don’t want to lose any of these little guys. 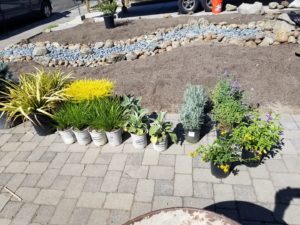 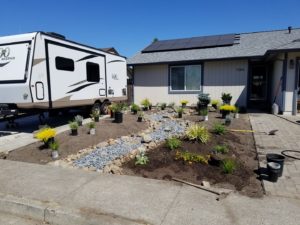 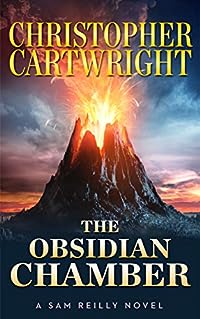 In A.D. 79, Mount Vesuvius erupted and a small girl raced for her life along the cobblestone streets of Pompeii. She needed to survive. She needed to tell someone what she had done so that it could never happen again…

In present day, while Sam Reilly is on a mission to locate the long-lost shipwreck of legendary explorer Ernest Shackleton, a strange code begins to circulate on the internet. It purports to have the answers to some of the world’s most complex engineering and algorithmic problems.

The US government’s brightest minds are racing to be the first to break what has the potential to be the most powerful code on Earth.

And the most dangerous. 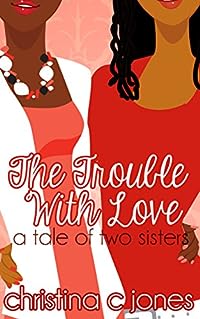 The Trouble With Love: a tale of two sisters
by Christina C Jones

One sister is living the dream… Cameron has found the perfect guy in handsome, successful Kyle. He’s supportive, kind, just all around wonderful. Unfortunately, the higher the pedestal, the harder the fall.

While the other is waking up from what could have been a nightmare… Unforgivable actions force Jai to move on from her admittedly stagnant relationship with Elliott… right into the arms of her best friend. Was love standing right in her face all along, or is she still looking in the wrong direction?

Hearts are broken and healed. Scars, both physical and emotional are formed. Happiness is found, then lost, then found again.

Over the course of a year, these sisters face shattering blows and remarkable triumphs as they embark on a journey, figuring out that pesky little thing called love. 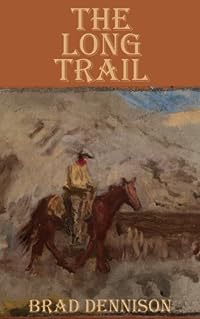 The Long Trail (The McCabes Book 1)
by Brad Dennison

First in the best-selling series, THE McCABES. The story of a family building a ranch in the rugged wilderness of post Civil War Montana, and of a young man seeking his family and his destiny. If you liked the movie OPEN RANGE or the TV shows BIG VALLEY and LANCER, or the novels of Louis L’Amour and Ralph Compton, then this might be for you. 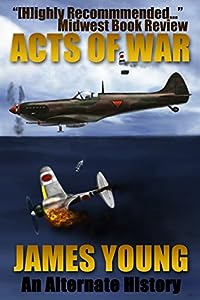 Somehow I doubt that this is quite how anyone expected Adolf Hitler’s death to turn out… –Squadron Leader Adam Haynes, No. 303 (Polish) Squadron

August 1942. London is in flames. Heinrich Himmler’s Germany stands triumphant in the West, its “Most Dangerous Enemy” forced to the peace table by a hailstorm of nerve gas and incendiaries. With Adolf Hitler avenged and portions of the Royal Navy seized as war prizes, Nazi Germany casts its baleful gaze across the Atlantic towards an increasingly isolationist United States. With no causus belli, President Roosevelt must convince his fellow Americans that it is better to deal with a triumphant Germany now than to curse their children with the problem of a united, fascist Europe later.

As Germany and Japan prepare to launch the next phase of the conflict, Fate forces normal men and women to make hard choices in hopes of securing a better future. For Adam Haynes, Londonfall means he must continue an odyssey that began in the skies over Spain. American naval officer Eric Cobb finds that neutrality is a far cry from safety. Finally, Rear Admiral Tamon Yamaguchi must prepare himself and his men to fight a Pacific War that is far different than the surprise attack Imperial Japan had once planned but never executed.

Acts of War is the first novel of the Usurper’s War series, which charts an alternative World War II. As young men and women are forced to answer their nation’s call, the choices they make and risks they take will write a different song for the Greatest Generation. 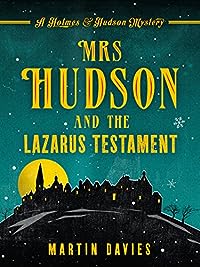 A man is knocked down outside 221B Baker Street. His dying words speak of a man risen from the grave.

A Viscount has gone missing and there are rumours of a dead man haunting the moors and a country hall beset by ghostly lights and spectres. Sherlock Holmes’ housekeeper, the formidable Mrs Hudson, is faced with a mystery. Joined by her assistant Flotsam, they’re once again thrown into dark adventure full of gripping twists and murderous intrigue.

Together with Holmes and Dr. Watson they must race against the forces of darkness to uncover the truth behind the mysterious document known as the Lazarus Testament. Lives are on the line and the puzzle must be solved… But not before a slice of Dundee cake.

The third in the bestselling Sherlock Holmes & Mrs Hudson Mysteries, this is a dark but cozy crime novel that will transport readers to a world of foggy streets and snow-covered fells and Victorian London.