I tried a bit of yoga today. It felt great. I really wish I would do it again. Probably won’t, but it would be nice if I did. 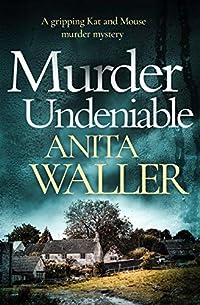 Katerina Rowe, a Deacon at the church in the sleepy village of Eyam, has a fulfilled life. She is happily married to Leon and her work is rewarding.

But everything changes when she discovers the body of a man and a badly beaten woman, Beth, in the alleyway behind her husband’s pharmacy.

Drawn to the young woman she saved, Kat finds herself embroiled in a baffling mystery.

When Beth’s house is set on fire, Kat offers the young woman sanctuary in her home and soon the pair begin investigating the murder, with some help from Beth’s feisty grandmother, Doris. But neither the police, nor Leon, nor the criminals want Kat and Beth looking into their affairs and the sleuths quickly find themselves out of their depth…

Can Kat and Beth solve the mystery and walk away unscathed? 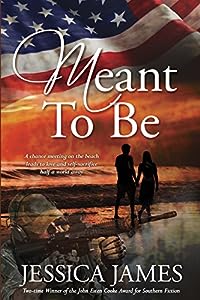 Meant To Be: A Beach Romantic Military SEAL Suspense: (Patriotic Military Fiction) (For Love of Country Book 1)
by Jessica James

What do you do when the person you most want to protect is the one risking everything to make sure you survive?

BOOK OF THE YEAR Finalist in Foreword Magazine’s INDIEFAB Awards

A chance meeting on the beach leads to love and self-sacrifice half a world away in this gripping tale of espionage and military suspense. A special ops soldier is pushed to new limits when he discovers the person he most wants to protect is the one risking everything to make sure he survives.

It started as a chance encounter on the beach, and ended 24 hours later when they parted to go their separate ways.

Or so they thought.

Actually it was just the beginning.

WHEN LAUREN CANTRELL said goodbye to the guy she had just met on the beach, she had no way of knowing their paths would ever cross again. But fate had another unexpected meeting in store for them — this time in a place where danger was part of the culture and the stakes were life and death.

THE LAST PERSON in the world Rad expected to see at a special ops briefing in Afghanistan is the girl he met at the beach two weeks ago — the one he can’t stop thinking about.

From the sundrenched beaches of Ocean City, Md., to the snowcapped mountains of Afghanistan, this thrilling tale of espionage and intrigue takes readers on a spellbinding journey into the secret lives of our nation’s quiet heroes — and answers the question:

What do you do when the person you most want to protect is the one risking everything to make sure you survive?

MEANT TO BE recounts the dedication of our military, the honor and sacrifice of our soldiers, and a relationship that is tested and sustained by the powerful forces of love, courage and resolve.

From the authors of the bestselling series, Yesterday’s Gone, comes the roller coaster ride of a sci-fi serial thriller, WhiteSpace: Season One.
Hamilton Island looks like the perfect home. Maybe it would be, if it wasn’t filled with tomorrow’s nightmares… The Puget Sound bedroom community has it all — beautiful homes with white picket fences, a thriving tech sector, and one of the best school systems in the state.
But not everything is as it seems.
People on the island go missing all the time.
Its residents are being watched.
And controlled.
When a school shooting rocks the quiet community Jon Conway returns home to make peace with his past and care for the daughter he never knew he had. When his daughter goes missing, he follows a broken trail of family secrets and betrayal that may just end him.
Cassidy Hughes has never been able to live in her twin sister’s shadow. Now that her twin is dead, Cass must overcome an addiction to pills to care for her niece. But she starts to remember something that happened long ago — something that is still happening on Hamilton Island today.
Milo Anderson was lucky to survive the school shooting. However, as he’s about to learn, the shooting wasn’t nearly as random as it seemed. And when someone reaches out claiming to know the truth, Milo is convinced he’s being watched. He also wonders how much his best friend, Alex, knows so much about the shooting.

From Ninie Hammon, the sorceress of psychological suspense, comes her long-anticipated and thrilling new series. Black Water — a book that won’t stop squeezing your book-loving heart before the final page. 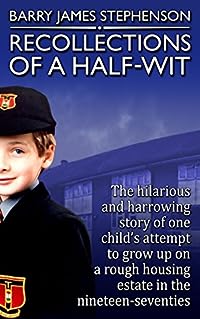 Recollections of a Half-Wit
by Barry James Stephenson

The true story of one child’s attempt to grow up on a rough English housing estate, with his crazed imaginary friend.

WHO SHOULD READ THIS BOOK?

People who are interested in reading about an ‘idiot child’ who has a brain which wasn’t designed to understand things, and an imaginary friend who hates him, as he attempts to survive in a world where virtually everything presents a threat of one sort or another.

People who have a sense of humour and enjoy dark comedy.

People who will appreciate the tale of a boy, who in the darkness of a bleak childhood, encounters a one-armed man, who shows him how to find hope and develop an inner-strength in the midst of adversity.

This is the uncompromisingly honest story of the author’s childhood. Laugh-out-loud funny – disturbing – endearing – and at times, tinged with sadness. You will run the whole range of emotions as you are immersed in the life of a boy who isn’t quite at home in this world, as he tries to navigate his way through childhood on a rough housing estate.

You’ll mainly laugh though, after all, it’s about a half-wit – how can that not be funny?