From the author of the Rainbow Award-Winning series, Transformed. Find out who falls in love for good in these warm-hearted page turners you can’t put down. Enjoy! 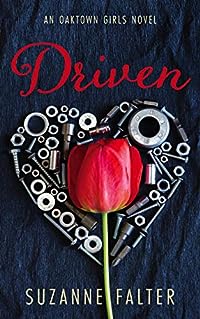 Who says you can’t find the love of your life while you’re getting your tire fixed?

Even IF your boss is actively trying to close her garage?

Driven is the oldest woman-owned garage in Oakland – and the pride of the lesbian community.

At least, it is until the uber-competitive former race car driver Mindy Rose shows up and opens her own garage, complete with chair massages and a sushi bar.

Mindy’s out to destroy Driven, a fact that galls her good-hearted, and very ethical Irish assistant Kate.

This is just reinforced when Kate has an emergency blow out, and is forced to go into Driven for a repair. Instantly, she finds herself drawn to the tall, tantalizing co-owner Lizzy.

That’s when things get… well… complicated. Especially because Kate is an undocumented worker who seriously needs her job.

Soon Kate finds herself hatching a secret scheme to save Driven, while falling hard for Lizzy. Yet, Lizzy has no idea she’s part of the Mindy’s nasty operation. Or even that Mindy is out to get her.

Can sweet Kate and passionate Lizzy finally find the love they’ve been looking for forever?

Or will Mindy find out and bring them and Driven down – and get Kate deported in the process?

And when is Kate going to tell Lizzy who she actually is?

It’s just the beginning of the wild ride that is the Oaktown Girls series.

Is it wise to propose marriage to your undocumented girlfriend if she just moved in… and she’s already thinking of moving out?

That’s the question on auto mechanic Lizzy’s mind as she wrestles with what to do in Book Two of the Oaktown Girls series.

Commitment is definitely in the air for this tightly knit circle of Oakland lesbians. Tenika can’t stand the idea of marrying anyone – but her partner Delilah, a tattoo artist, has her heart set on it.

But then, when Delilah develops a strange, disabling tremor, Tenika’s forced to rethink everything she once held as true.

Meanwhile Frankie, a newcomer who happens to be an undercover cop, can’t find a date to save her life. That is until she happens to meet the ravishing charmer Tasha at Tenika and Lizzy’s garage.

Will Frankie’s PTSD undermine her ability to open up and find her love? And will it be Tasha, or the sweet, open-hearted Sally who seems to know a little too much about her?

And why won’t either of them tell Frankie what they do for a living? 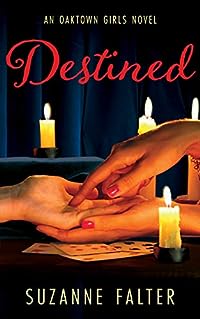 We are all destined to learn certain lessons in life… and love certain people.

Whether we’re ready to or not.

Garage owner Lizzy is finally about to move in with her love Kate, an Irish expat, until ICE shows up and threatens to deport her.

Soon Kate is living in a Sanctuary church and Lizzy is trying to get her out.

But the church maintenance person, Monroe, soon gets dangerously obsessed with Kate, as well.

Meanwhile, SFPD undercover cop Frankie has fallen hard for Sally, a psychic, even though she can’t wrap her head around Sally’s work.

Which is okay until Sally needs Frankie’s professional help with a psychic vision she’s seen that could be catastrophic for Oakland.

Where does Frankie draw the line – or should she at all?

And should Lizzy propose marriage to Kate… even though they almost broke up the last time she mentioned it?

Destined captures the romantic ups and downs of this tightly knit group of Oakland lesbians.

It’s fun, fast-moving standalone that will make you think about your own destiny, as well. 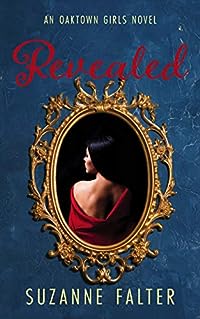 Tenika Cummins, the co-owner of Oakland’s Driven garage, wants to become a mother.

But first, she must reveal a long held secret she’s kept from everyone… including her wife.

Will she resolve her past? Or won’t she?

Rosalind, an Asian-American tech lesbian, is ready for a real relationship when she meets her love-at-first-sight crush, Monroe.

However, first she must come out to her homophobic, evangelical parents who’ve sacrificed everything for her.

But will they disown her if she does?

Meanwhile Monroe, who is non-binary, must file for a new gender marker and name change to truly begin a new life with Rosalind.

And that means confronting their own mother in court.

Three deeply engrossing stories of love, loss and the power of owning your truth interweave in this fourth book in the Oaktown Girls series.

It’s all about owning who you are… even when the risks are huge.