THE PURGE HAS BEGUN!!!! I finally broke down and started THE PURGE in my baby bassets rooms. We took care of the clothes a few days ago, and now we are working on toys and stuff. I don’t really know how to describe the stuff stuff. It’s just junk that broke and lost pieces of itself, then hid in corners. Whose are these?? Where is the rest of it? Why are there seven small shoes shoved inside a long lost zip-lock container? Two hours in I stopped asking questions and just threw things in to the trash bag, trying my best to just forget what I was seeing. We finished my oldest baby basset’s room at 5pm, broke for dinner, then started on my youngest baby basset’s room. By that time it was all just a blur. I don’t know who I am, where I came from, or where I am going anymore.

From Ninie Hammon, the sorceress of psychological suspense, comes her long-anticipated and thrilling new series. Black Water — a book that won’t stop squeezing your book-loving heart before the final page. 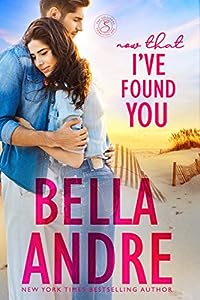 “I LOVE THIS COUPLE! I finished the book at one in the morning because I couldn’t put it down. I laughed out loud, cried and fell in love. An amazing read!” 5 stars

World-renowned artist Drake Sullivan doesn’t paint women. Ever. Not when he knows all too well just how destructive painter/muse relationships can be. But on the day Rosa Bouchard walks onto the cliffs outside his Montauk cottage, Drake is so captivated that he can’t stop himself from bringing her life on canvas.

Shocked and horrified by the nude photos of her that have just hit the Internet, reality TV star Rosa’s every instinct is to run from her Miami home and hide. After driving all night, she ends up in Montauk, New York, where she doesn’t know a soul and plans to lie low until she can figure out how to deal with the media firestorm–and her own mother, who seems all too happy to sell out Rosa’s happiness for more fame, more fans, and more money. The very last thing Rosa expects is to find, and to fall for, a sinfully sexy man like Drake Sullivan. 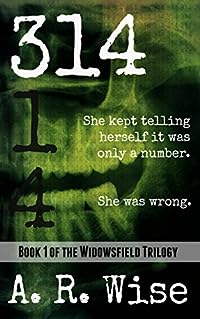 WARNING: This book contains graphic content that may be objectionable to some readers.

Alma Harper has been trying to forget what happened in Widowsfield 16 years ago. She has a good life as a music teacher now, and might rekindle her relationship with her one true love. However, the number 314 haunts her, and threatens to bring her back to the day that her brother disappeared. When a reporter shows up, just days before March 14th, Alma realizes that her past is coming back to haunt her. What happened on March 14th, at 3:14, 16 years ago? No one but The Skeleton Man can remember. 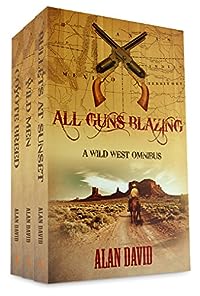 All Guns Blazing: A Wild West Omnibus
by Alan David

All Guns Blazing sees three of Alan David’s bestselling westerns brought together for the very first time in this must have action-filled collection.

Steve Jory inherits the Broken J cattle ranch from his uncle not soon after his old job as a gun for hire comes to an abrupt end.

He rides into Bowie County to take over the ranch, hoping to leave his grim past behind him and find some sort of future for himself.

But Jory soon discovers that taking over his uncle’s path is no easy assignment.
Land grabbing greed has overwhelmed the local ranchers, and Bowie County is rife with trouble.
Jory’s arrival brings things to a head and in no time at all, he finds himself up against Ben Sharkey – an expansionist rancher who is used to getting what he wants…

Trouble is looming for Steve Blaine…

When three outlaws arrive at the family ranch he runs with his father, Heck, all manner of hell breaks loose.

The Blaines settled legally on the land years ago, but their neighbour – Zeke Coppard – always regarded it as his own.
But that’s not all.

Tensions mount when a secret Heck has been keeping for over twenty years finally comes to the surface, threatening to destroy everything that Steve holds dear…

When Chet Boardman, Texas Ranger, arrives in Burnt Hill hot on the trail of the ruthless Coyote gang, he doesn’t expect to run into them so quickly.

But they get the drop on him and leave him bleeding to death in the desert.

But it takes more than that to finish off Chet Boardman.

Now he’s not just after the gang, but revenge as well.

Five rangers have already been killed by The Coyotes and Chet Boardman is going to have to keep his wits about him and his identity to himself, if he doesn’t want to be the sixth… 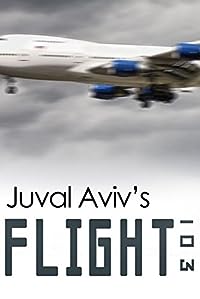 Strap up for Flight 103… The Most Terrifying Ride in History.

In the Gulf, an Iranian passenger jet is shot out of the sky… and no one knows why.

In Beirut, four hostages are taken prisoner… and no one knows why.

Over Lockerbie, Flight 103 is bought down in the worst terror attack for years… and no one knows why.

What links all three events?

Sam Woolfman is about to find out.

And the former Mossad agent is about to be plunged into the most deadly conspiracy of his career.

From London to Tehran, from the Vatican to the Pentagon, dark forces are at work. As Sam Woolfman starts to unravel the mystery, a global power-play of terrifying proportions is set in motion. On the run, Sam knows that the information he has uncovered may cost him his life – and the life of the woman he loves.

Drawing on real events, Flight 103 is a gripping conspiracy, action thriller, perfect for fans of Robert Ludlum, Tom Clancy and Frederick Forsyth. It will keep you hooked from the first page to the last.