Sharks In The Woods

You know what I like about the woods. No Sharks. Although bears are kinda teethy guys as well. BUT.. bears are furry and look cute. Sharks always look mean, no matter what expression they have on their face. Happy, sad, silly… no matter what, sharks look scary. 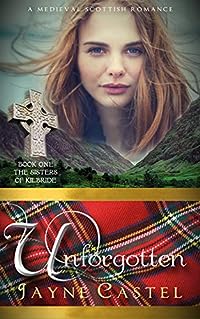 A widowed clan-chief, a knife-wielding nun, and a once in a lifetime love. A sweeping, epic tale of second chances and forbidden love in Medieval Scotland — from the author of the Amazon best-selling Brides of Skye series.

After he ended their affair to wed her elder sister, Ella fled her home and took the veil. Eighteen years later, she’s shocked to find herself face-to-face with the man she’s never forgotten, or forgiven.

Recently widowed, Gavin has lived with regret all these years. He wed for duty, not for love. But when he escorts Sister Ella of Kilbride home to visit her ailing mother, he realizes that the passion he once felt for Ella still burns — hotter than ever.

Yet Ella is forbidden. She’s sworn her life to the Cluniac order, and is determined to resist the emotional response Gavin’s nearness provokes in her.

It’s only when Ella falls foul of the tyrant who controls the fate of her beloved abbey that Gavin and Ella’s lives become entwined once more.

But, this time, their fate is one that neither can run from. 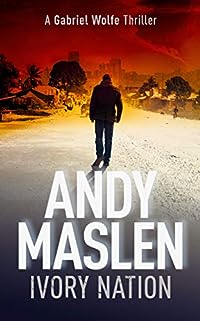 Avenge the dead Paras…
A troop of paras stumble on an elephant’s butchered corpse. A sniper observes a glamorous Royal couple on their wedding day. A charismatic ultra-left politician sees his chance to strut on the world stage. What happens next sends ex-SAS member Gabriel Wolfe deep into the heart of a global web of intrigue, ivory poaching and political corruption.

‘We spilled blood into this soil’

Julius Witaarde is the passionate young leader of a white separatist party in South Africa. He dreams of establishing a whites-only homeland in the north of the country. But dreams like his don’t come cheap. And conventional sources of finance are closed to him.

Together with two unlikely business partners, one at the highest level of government in South Africa, he moves into ivory smuggling.

In the forests of Botswana a small group of British paras are working with local game wardens to defeat poachers. Halfway round the world, the Royal Family’s youngest princess is getting married in Windsor. As church bells ring out, so do shots.

The domestic security agencies scramble to find the killer. Gabriel and Eli deploy to Botswana to investigate the disappearance of the paras, who never returned to base.

A trail of blood, and tears

Gabriel and Eli find themselves caught in a complex and bloody maze of lies, evasions, criminal deals and power-hungry politicians who believe destiny counts for more than the truth.

Recently reunited with long-lost sister, Wei Mei, Gabriel travels to Laos, the Gulf States and on to Laos and Hong Kong before he discovers the terrifying truth about the people he’s investigating.

Face to face with the man he knows he has to take down, Gabriel finds his options narrowing. But what is the right decision? For him, as well as his country? 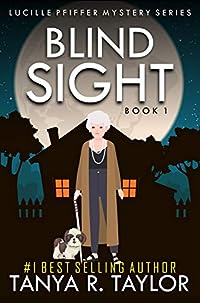 Lucille Pfiffer sees, but not with her eyes. She lives with her beloved dog Vanilla in a cozy neighborhood that is quite “active” due to what occurred in the distant past. Though totally blind, she plays an integral role in helping to solve pressing and puzzling mysteries, one right after the other, which, without her, might remain unsolved.

The question is: How can she do any of that with such a handicap? 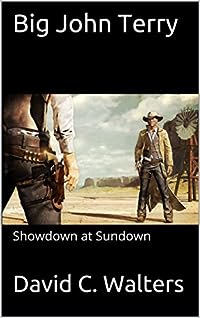 Big John Terry’s Father has been gun downed in the town of Sundown Texas. He must venture there in order to protect his Mother and to get to the bottom of who committed such a deed. However there are men waiting in the town for his arrival. Could this be the end of Big John Terry. If he survives he will never be the same man again. If he doesn’t then the west will never be the same. 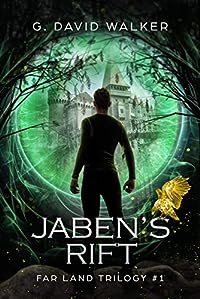 Previously published as “From a Far Land, Jaben’s Rift: Book One” by G. David Walker

One impulsive step, and a world hangs in the balance.

When an ordinary family vacation in Scotland sends Jason Bennett to Teleria, an extraordinary world of might and magic, his arrival sets the wheels in motion on events that will change that world forever.
In Teleria, Jason is thought to be Jaben, a mysterious figure from an ancient prophecy who is destined to save or doom the world. Through half-truths and misunderstandings, Jason gets caught in a dangerous tug of war between the ruling Circle of Nine and one of his own ancestors from three hundred years in his past. Adding to his dilemma, he finds himself at the center of a conflict between two of the Altered, a small group of godlike beings, one of whom is secretly aiding Jason’s ancestor, violating a Covenant that has kept Teleria safe from their influence for over a millennia.

Unable to return home, Jason must learn to use power he isn’t convinced he has, keep from triggering a war between the Altered that could devastate the planet, and most of all… survive.

Not quite the summer vacation he had in mind.

JABEN’S RIFT takes the reader on a journey of honor and deception, betrayal and self-sacrifice, as Jason tries to figure out who is telling him the truth and who only wants to use him, before Teleria’s fate is sealed forever.