This incredible collection by author Zachary Ryan is both compelling and powerful, and a must have for any library. Enjoy! 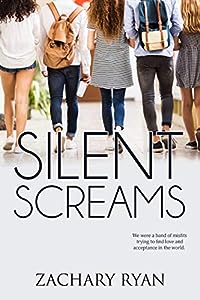 For a group of friends, one mistake changed the course of their lives forever.

In the aftermath of a tragic school shooting, the group must find their own form of justice and a way to begin healing from a wound that just won’t stop hurting.

For them, the lines were drawn.

Told from the perspective of four friends, we learn how one student’s revenge reigned terror over a school and a community– causing secrets to unfold and relationships to be tested. 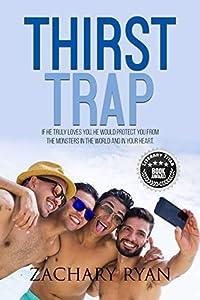 Tragedy comes in all forms, and you never know how you’ll deal with it. Four friends have all dealt with their fair share of struggles. Dillion, is an aspiring writer with writers block because of his brothers sudden death, Jesse the emotional stunted drink thanks to his boyfriend’s suicide, Ivan the abused victim just looking for a place to call home, and Leo the stubborn romantic trying to get his friends to open up, while keeping his issues close to his chest.

With these four friends, they avoid all their elephants in the room like a death card agreement between Dillion and Jesse, Ivan completely hoping his abusive lover with change or even Leo focusing on his friends problems instead of his own. Can these four friends learn to embrace and accept their own tragedy or will they be stuck in the past?

Thirst Trap is a humorous coming of age novel dealing with sexuality, tragedy, substance abuse, and the most beautiful
insane friendships.