A Win For Sure

I discovered an odd fact about myself that I hadn’t noticed until recently. I garden as a hobby. Okay… I know that is a weird thing to not know about yourself. I realized it the other day as I was yet again digging up plants and moving them around for the millionth time. I just keep changing my mind and coming up with new ideas for the next season. I never come up with a plan that is a set it and forget it kinda deal. It always seems to be an experiment that once it’s done I move on to the next idea. I guess this is a good thing as it keeps me out of trouble. Yesterday I finished the shade garden (for now) and I look forward to seeing who will survive. One thing I learned from digging everything up is what salamanders like and don’t like. So when I was putting everything in it’s new place, I made sure to give them more places to live and hangout. This will hopefully attract more. I also made little spots that would attract more birds, such as little perches and water sources. I have plenty for the butterflies. You can’t walk two feet in my backyard without getting smacked in the face by one of those guys. I will call that a win for sure.

You don’t become a hero for the money. The money’s nice, sure, but you become a hero because something inside compels you, drives you to it. Defending people from monsters simply doesn’t pay well enough to make it a good career move.

As for hunting dragons… well, the money is usually good, but the job really bites.

A group of five professional heroes goes into the lair of the dragon. Who will win?

But it turns out killing a hero sometimes does nothing more than make him even more determined.

Sometimes, heroes are never more dangerous than when they’re dead! 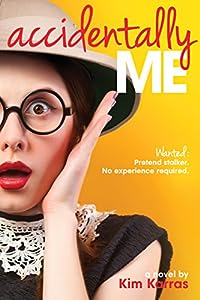 Accidentally Me
by Kim Karras

“Maybe, just maybe, if I can convince Dad that I’m in enough danger at home, he won’t mind shipping me to California for school. But there’s only one problem. If I hope to pull this stalker scheme off, I’m going to need more than just a scary story.”

Sabrina has been trying to be the perfect child her whole life to convince her parents that she’s more than just an “accident.” Now she is desperate to go to her dream college, but her parents want her to stay close to home. Desperate times call for desperate measures, and Sabrina must team up with an unlikely ally to get what she wants. But she can’t let her parents discover her plan. If she wants to maintain her perfect image, Sabrina must break rules that even her rebel sister keeps… 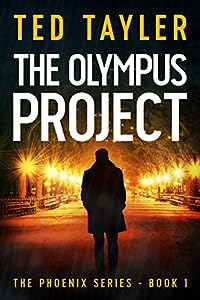 The Olympus Project: The Phoenix Series Book 1
by Ted Tayler

Rescued by strangers from a watery grave and given a new identity.
The Phoenix is a stone-cold killer.
An ideal fit for the Olympus Project, a secret organisation fighting injustice.

In the first story in this thriller series, Phoenix meets the five senior Olympians who occupy the Project’s HQ at Larcombe Manor. Erebus, the elderly gentleman who started the Project. Athena, his beautiful lieutenant. Minos, Alastor and Thanatos, all of whom have a personal reason to join the cause.

Phoenix receives specialist training from ex-SAS operative, Rusty Scott and has cosmetic surgery to mask his true identity even further. To prove to Erebus he can match the Project’s high standards he undertakes three solo missions.

Phoenix demonstrates his ability to exact revenge and right wrongs in his inimitable style. Erebus is content but is concerned whether his protégé can take the final step. Always a loner, can Phoenix work as part of a team to prevent a terrorist attack in Central London?

With hard, fast action and a cast of characters you can reach out and touch, this is the thriller series for which you’ve been searching. 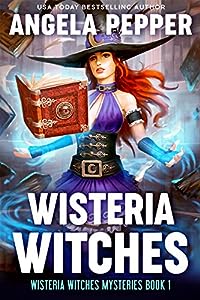 A series starter with over 1300 five-star Goodreads ratings: Zara is a newly minted witch with a knack for attracting the spirits of the dead. When she learns a ghost is haunting her new home, she teams up with a local police detective to unravel a mystery!

Zara Riddle moved to a charming new house in a small town so her life could be simple. But now that her witch powers have kicked in, life is anything but simple. Long-lost relatives are coming out of the woodwork. It turns out the family tree is riddled with magic.

When a ghost shows up, Zara finds out her powers come with a cost. She must solve the woman’s murder. Zara teams up with her handsome neighbor, a wolf shifter who’s both mysterious and perfect. Maybe too perfect? He did save her life during an attack, but he’s definitely hiding something behind that sly smile.

The town of Wisteria may be quaint on the surface, but danger lurks around every corner. To protect her family, Zara must risk her heart and her life. Forces of good and evil will face off in a battle where one side has a secret advantage.

One thing’s for sure. Zara Riddle is keeping these new powers, blue lightning balls and all.

Once you go witch, you never switch. 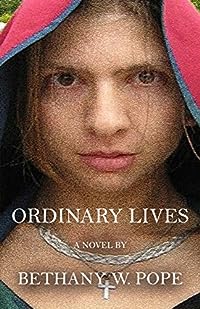 There is nothing ordinary about ORDINARY LIVES, a new historical novel by British writer and poet Bethany W. Pope. Her riveting story captures London’s early nineteenth-century demimonde world in all its shadowy desperations and perversity. A novel of Gothic suspense, it resonates as both a classic love story and a modern, feminist cautionary tale with its every dark and quirky turn.

At the book’s heart is Mary, its central character and chief irony: a pituitary dwarf whose large intelligence, courage, and unyielding principles help her overcome her diminutive form. And there is John: a gentleman’s third son and unloved momma’s boy who risks reputation and even life itself to find real, nurturing love. Add an unscrupulous Frankenstein-like doctor, a transgender sexual mentor, and a craven reverend, and the reader meets a cast of colorful characters usually found in the work of Dickens or the Brontë sisters. 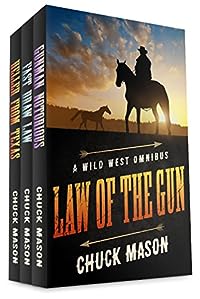 Law of the Gun: A Wild West Omnibus
by Chuck Mason

Three of Chuck Mason’s thrilling westerns are collected together in this special edition.

GUNMAN NOTORIOUS
‘Retired’ gunman Max Kane infiltrates the legendary Cantrip gang to save the kidnapped daughter of a millionaire. He has enough to contend with when Elt Parry – who is trying to take control of the town – decides that taking down someone as notorious as Kane is just what he needs to cement his status. Soon, he finds he needs back up, but will he even have time to wait for it to arrive?

FAST-DRAW LAW
Lobo Johnson hunts only outlaws and murderers – but with his tragic past, the law doesn’t care that he’d never hurt an innocent. On the run, he meets Beth Anders, a girl in trouble who is all too reminiscent of a young Lobo, and things start to hit a bit too close to home. Before long, he’s forced to break his golden rule – can Lobo put right the wrongs in Deer Creek, without putting himself in the hands of the hangman?

HELLER FROM TEXAS
When Brice Kemp takes his daughter Ann to claim the ranch his father left them in his will, he’s grateful to his father’s friends for their support. But when one of them offers him a dangerous job opportunity over supper one night, he realises he has little choice but to take it. With Ann’s life at stake, he must take violent action. Will he even survive long enough to claim his father’s ranch?