The Legacy Series by Marcella Denise Spencer is the perfect adventure for Science Fiction and Historical fiction book lovers alike. Grab your copy today and enjoy the ride! 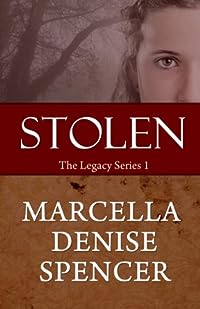 Hagar, an Egyptian maidservant was granted a divine promise. Through her son, Ishmael, her descendants would number in the multitudes. When twelve sons are born to Ishmael, a bust sculpted in Hagar’s likeness was adorned to commemorate the legacy.
After a caravan from Ur visits Ishmael’s camp, the treasured bust disappears. The thief takes it to where he presumes the Ishmaelites would never find it – 1812 AD.

London 1812
Eleanor Griffin, housemaid to Lord Bureyton is thought to have witnessed a crime. The theft of his lordships newly acquired bust. But all she saw was a man vanish – right before her eyes. Bureyton begins punishing Eleanor for his loss. She fears that the daily lashings will end her life, and decides to run away, disappear like that man had.

But that man had time traveled, and when Eleanor follows suit, she ends up in twenty-first century London. 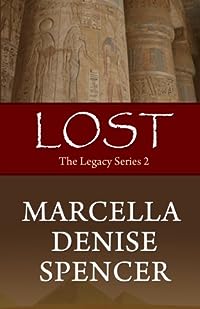 High school teacher Adriana Fletcher has a secret, one she would be content to keep. An odd circumstance surrounds her birth. The blessed event occurred two thousand years ago. Adriana has no idea who she really is. After a futile search for her birth parents, she wonders whether her best friend Amelia Whitford is right, maybe she was born in ancient times. 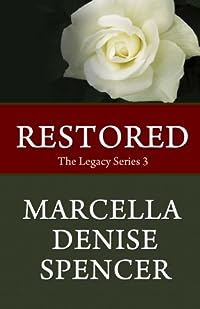 Asabi, a new servant, joins the Whitford household and becomes friends with the master’s niece, Amelia. When Asabi, also known as Rose Fletcher, reveals her noble status, Amelia sets out to return the servant to her home in an unconventional way. 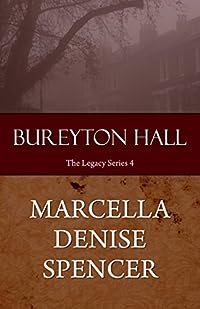 Eleanor Griffin-Biddles, former housemaid to the Earl of Bureyton in 1812, has married and started a business creating Regency-era costumes in the modern day. Eleanor’s world is threatened when a nineteenth century murderer leaves a dead body behind her shop.

Accustomed to solving murders in modern-day London, Detective Inspector David Massey runs into a rather unusual problem on his latest case: time travel. When he learns that his wealth may also factor in the enquiry, Massey has a decision to make. Keep the secret, along with the one he’s withholding from his girlfriend, Kate, or expose the source of his family’s success. 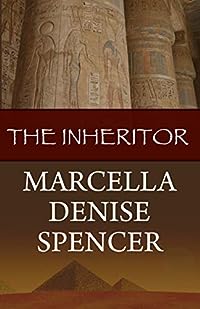 The Inheritor (The Legacy Series Book 5)
by Marcella Denise Spencer

After attending a family funeral, Donna Fletcher learns that she has inherited a house from a relative she has never met. Once Donna realizes that the legacy came from her aunt Adriana, she becomes intrigued about what happened to her aunt.
A year ago, her father’s sister returned from a six-month disappearance with a story so fanciful, the family considered having her committed. But Donna soon learns that her aunt was telling the truth; she really was a lost Cushite princess.