I am having a bit of fun right now. Tomorrow, my oldest baby Basset is having a sleepover with his best friend to celebrate his 14th birthday. I am baking a cake for him using crazy colored cake mix. It will be four layers, orange, purple, black, and green. The directions say to split one mix into two pans. NOPE!!! I am making a very tall cake, one mix per pan. At least I started out that way. Lets see how the first two turn out and then go from there. I will post pictures if it looks edible. 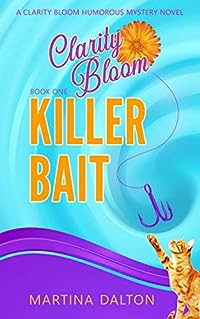 Social media expert Clarity Bloom is loving her job at a high-tech gadget corporation in Seattle — that is, until her BFF Janice turns up dead.

Much to the chagrin of her brother, Zen, a homicide detective, Clarity throws caution to the wind and jumps into the investigation with both feet.

Zen’s ultra-handsome detective partner, Hunter, encourages Clarity to learn self-defense — especially since she’s getting closer to discovering who the killer is. Using her social media sleuthing skills, she sets out to bait the murderer.

Is she clever enough to entrap the killer? Or will she end up as the catch of the day? 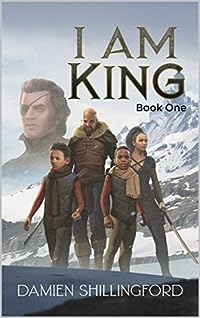 I Am King: (Book One of the King Series)
by Damien Shillingford

A thrilling quixotic adventure for anyone who enjoys an epic fantasy escape like “A Song of Ice and Fire”, “The Rage of Dragons” or “The Lord of the Rings”.

“Destiny is everything. You can hide, but you can never outrun it.”

This is Book One of “The King Series” set in the world of Dayconis, a tale inspired by classic fantasy with a twist of West Indian folklore and mythology.

Ten-year-old Prince Beaumont has lived a peaceful and secluded life, hidden from his enemies in Mount Hope, waiting for the day he can safely return to the Middle Islands and reclaim his father’s crown. With his faithful and loving cousin Julius by his side, he tried to learn everything he needs to know to be a great king.

As civil war wages in the Middle Islands, a high-ranking member of the rebels is captured and through torture reveals that the prince is alive and in hiding. Nisila, a warrior and member of the rebel faction supporting Beaumont’s claim to the throne, travels to the realm of Hattan with her ever-ready raven companion Shadow-cry, to rescue her prince. Enlisting the help of the New Brotherhood guild, she is granted an escort and protector, Gavin, a cynical war veteran, to aide her in her quest.

Meanwhile, the usurper’s assassin, Royce, has also arrived in Hattan, hot on Nisila’s trail. Once a member of the rebel faction, Royce was forced to change his allegiance when his family was captured by the new King Rancine. With his family held under threat of execution, Royce has no choice but to capture the prince at all cost – or risk losing everyone he loves.

As danger looms near, Beau quickly realizes that everyone in Dacoynis has an agenda of self-preservation.

As young Prince Beaumont struggles to find his confidence and come to terms with his new life, he must also navigate the conflicting agendas of everyone around him, a tall order for a ten-year-old boy. Will Beau fall victim to these challenges or will he rise above them and one day become the King he was ordained to be?

Join Prince Beaumont and his beloved cousin Julius as they brave a foreign world, trying to get back to their homeland in the Middle Islands, and its capital, Aiti.

If you enjoy epic adventure, mythical creatures, majestic lands, heroic warriors, and the ultimate battle of good versus evil, then this book is for you. Enough said, let the journey begin! 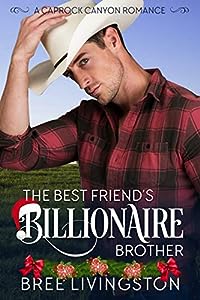 He’s been too blind to notice.

When Gabby Fredericks returns home for the holidays, she’s not expecting her best friend’s brother and her ex-crush — Wyatt West — to meet her at the airport. It’s been five years, and she’s over him. Only, her heart hasn’t gotten the message. Wyatt is taller, more rugged, and even better looking than when she left home… and he’ll never be hers.

Wyatt West can’t believe how much Gabby has changed since he last saw her. He’s always considered her an extra little sister — and off limits — but now the feelings he’s having aren’t brotherly at all. Between his uncertain future in the rodeo and struggling with his growing feelings for Gabby, his plans for a restful holiday have vanished.

It’ll take more than a little mistletoe for these two hearts to come together.

Four teenagers battle for justice and create a legend.

Montana’s tall mountains and deep valleys have produced many legends, but this one is more recent than most. The events that created the legend occurred in the summer of 1949.
During World War Two, the sheriff in a remote part of Montana dodged the draft and avoided the war. With the local men fighting overseas, the sheriff built a vicious organization that ruled through fear and intimidation. By the time the war’s survivors came home, the sheriff was in firm control of the county and its commerce.
The sheriff’s reign of terror was finally challenged when he crossed paths with young Jerry Flynn and his friends; four teen-agers who still believed in right, wrong, truth, and justice. When the teens innocently questioned the sheriff’s actions, the retaliation was immediate and brutal. But the sheriff underestimated the four teenagers. Instead of running, they began secretly investigating and recording the gang’s activities; an investigation which revealed that the sheriff was far worse than anyone suspected. Soon the four teens found themselves fighting for their lives as they tried to rescue innocent women who had been enslaved by the depraved sheriff and his deputies.
By the time the summer was over, the battle had expanded to include a group of former Marines, the FBI, and two Indian Nations.
Together they brought their version of justice to the sheriff and his gang, creating The Legend of Camel’s Hump. 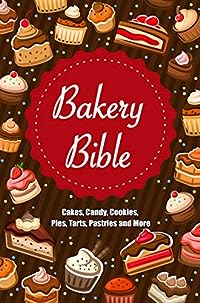 Would you like to bake like your local bakery full of cakes, cookies, candy, pies and pastries? Nothing is better than fresh from the oven treats. Check out over 75 delicious recipes straight from the bakery! Check out these recipes: