Add A Little Pumpkin To That

You know what conversation I don’t want to hear? The one between a pumpkin and a Turkey in September. I am pretty sure they both would be saying a lot of bad things about us humans. They would even go so low as to mention my weight gain this year. Rude. It’s not my fault that they are both delicious and fun to carve. 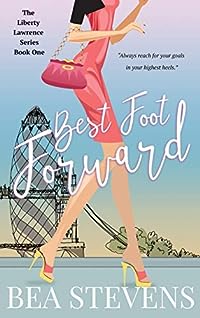 Liberty ‘Libby’ Lawrence has had her boyfriend stolen.
Mr Partington, her boss and hotel manager, has had money stolen.
Is it just sour grapes that causes Libby to link the two?

Fashion-lover Libby Lawrence enjoys working at The Chalfont Hotel, but doesn’t enjoy seeing her boyfriend with another girl — especially when that girl happens to be beautiful, fake-Louboutin-wearing, Bianca Morrison-Wright, the hotel barmaid.

When it is announced that money was stolen from the hotel safe, Libby soon has her suspicions — but are they justified?

Newly-promoted Sgt James Harper, the handsome policemen tasked with solving the theft (of the money, not the boyfriend) is amused and bemused by Libby’s theories. But while trying to impress his boss, he’s reluctant to believe that the clue to the theft lies in designer shoes — fake or otherwise.

However, when it transpires that there is even more crime and corruption afoot, he has to admit that shoes might be more involved than he first thought.

James and Libby become closer as they try to ascertain what’s going on at the hotel — but are they really any closer to finding the thief? 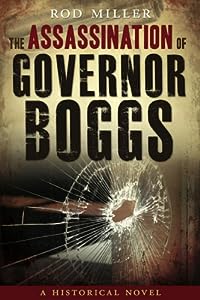 The Assassination of Governor Boggs
by Rod Miller

Twenty-five years ago Governor Lilburn Boggs was shot at in his home, but the gunman was never found. Now Detective Calvin Pogue has been hired by the Boggs family to open the cold case. From one end of the country to the other Detective Pogue follows clues that lead him relentlessly to the legendary Mormon gunman Porter Rockwell — who still isn’t making things easy for anyone! 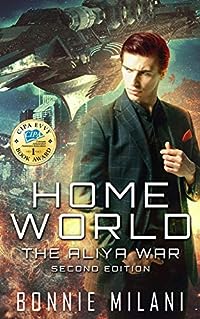 War. It was a war for freedom that tore Earth apart six hundred years ago. It was a war of rebellion that killed Jezekiah’s father. Now a new war is brewing on the galactic rim. And this one will leave Earth a burned-out cinder.

To Jezekiah Van Buren, prince and unwilling Heir to the throne, this new war just may be his ticket to freedom. Because the ‘enemy’ this time is the same one that destroyed Earth centuries before: the wolf-bred humans called Lupans.

Six hundred years ago the Lupans tore Earth’s civilizations apart in their quest to escape slavery. Now, they’ve remembered their Home World – and they want it back. Jezekiah means to give it to them.

All he needs to do is work out a treaty before one side or the other decides to kill him. 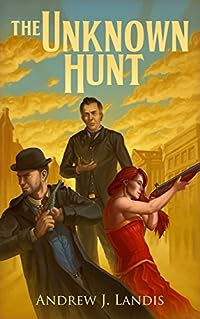 The Unknown Hunt
by Andrew Landis

Accused of killing his future father-in-law and his fiancé, Quade Colewell is forced on the run. Cornered, and his luck about to run out, he stumbles into Laura, a trigger-happy, blunt woman, who saves him from his pursuers. On their way to steal the enemy’s airship, they recruit a runaway to their growing band of misfits.

A mysterious man from Laura’s past appears and makes it clear that he owns her and her future. In an attempt to live vicariously through Quade before she is taken, she pressures him into facing his accusers. They uncover the truth behind the murders, and she drags him further into her struggle for freedom. 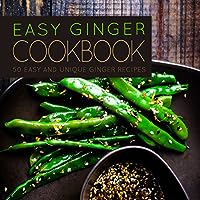 Get your copy of the best and most unique Ginger recipes from BookSumo Press!

The Easy Ginger Cookbook is a multicultural experience. The uniqueness of these recipes will not be found elsewhere. This is a cookbook for the person who wants to try new things.

This is Asian Fusion. You will find Thai Style dishes, Indian, Japanese, and Latin American dishes. Make sure you have a lot of fresh ginger ready because this cookbook is 50 days of delicious and unique Asian Fusion Ginger recipes that will absolutely astound those who taste the results.

Here is a Preview of the Recipes You Will Learn: