This gritty, action-packed thriller series by Andy Maslen, will leave you short of breath and sleep. It will keep you guessing from page one, with truly shocking twists you will never see coming. Its powerful mix of strong male and female characters will have you rooting for them against all the odds they face. Enjoy! 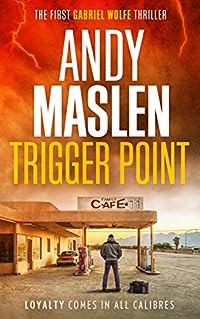 Working undercover, Wolfe travels to the US with Maitland. His brief, discover Maitland’s plan and then stop him. As he gathers intel, he teams up with an ex-Delta Force operator, Shaun Cunningham. The two men bond over shared experiences in service, although Wolfe must hide the terrifying PTSD-induced visions that haunt him.

With the British Prime Minister due to overfly Maitland’s estate en route to a military conference, and a paramilitary force gathered in preparation for a coup, time is running out for Wolfe and Cunningham. 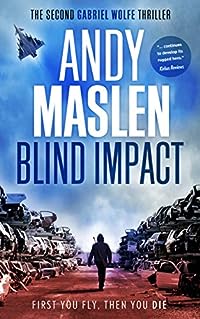 Flying a fighter jet while tripping is inadvisable. Flying it blind is suicidal. So when an RAF pilot suddenly loses his sight and crashes his Typhoon, answers are needed. Fast. British pilots are using an experimental performance-enhancing drug. SAS veteran Gabriel Wolfe discovers that someone is fatally sabotaging the top-secret testing programme.

If the test succeeds, the UK will have a huge advantage over the Russians. An unholy alliance of Chechen separatists and Russian gangsters want it to fail.

Two British women are snatched by the separatists. And the Farnborough Airshow is fast approaching. Gabriel has to rescue the kidnap victims and prevent another pilot’s death.

The mission calls for street-fighting skills, military strategy and a stint undercover as a doorman for Jonny Rocketz. It’s a sleazy bar in Talinn’s red light district owned by a Russian Mafia boss, Yuri Volkov.

Gabriel is up for the challenge, but he’s still carrying guilt for leaving a comrade’s body behind in his last, disastrous mission for the SAS. Will it overwhelm him just when he needs to be at his most focused?

Things get complicated when Volkov wants Gabriel to work with two of his own men.

Tooled-up and heading for a confrontation with the Chechens, Gabriel has to keep one eye on his so-called allies, Erik and Konstantin, who have their own orders from Volkov. 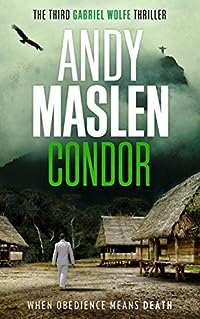 Who sews a young girl into a suicide vest?

A young girl detonates her suicide vest on a crowded London bus. Ex-SAS covert agent Gabriel Wolfe hunts the man who gave the order. His target is a psychopathic cult leader with a taste for classical music, fine wine and extreme violence. Gabriel must also face a sadistic Colombian cartel boss nicknamed “The Baptist”.
Lost and alone in the cult’s compound in the Brazilian rainforest, Gabriel is tortured and brainwashed by “Père Christophe” and fitted with his own suicide bomb.

With the stakes raised to breaking point, Gabriel needs to draw on all his training and resources to avoid obliterating a crowd of civilians at the launch of a new power station before returning to confront the man he came to kill. 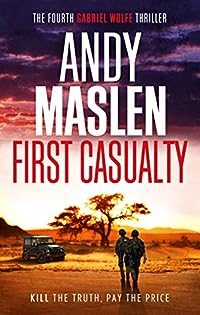 Ex-SAS covert ops agent Gabriel Wolfe and his partner, Britta Falskog are in the middle of a firefight in Mozambique. They are under attack by bloodthirsty militia fighters commanded by the terrifying Mama Chissano. Gabriel flew to Mozambique in search of the mortal remains of his friend and former comrade Mickey “Smudge” Smith.

As he begins to uncover the truth about Smudge’s death, Gabriel sees that his adversaries have spun a web of betrayal that stretches right back to his last, fateful mission in the SAS.

Gabriel has marched headlong into the heart of a corrupt web of land deals, blood diamonds and the global arms trade.

At the centre of the web sits someone Gabriel can hardly believe is guilty. Someone he’ll need every ounce of his skills and resolve to defeat.

Standing between him and the truth are tooled-up mercenaries, a local warlord and his machete-wielding ‘Rock and Roll Boys’ and a mysterious assassin who anticipates his every move.

Someone wants Gabriel Wolfe to suffer…
Just when life deals SAS veteran Gabriel Wolfe a decent hand, his best friend is murdered. And Gabriel’s in the frame for the crime. Struggling to come to terms with her death, he finds his world collapsing around him. The woman calling herself Erin Ayers is rich, powerful, and very, very deadly.

Erin is out for blood. Gabriel’s, mainly. But first she wants to destroy everything – and everyone – he loves. She’s hired an assassin Gabriel last met in Hong Kong to help her.

Nobody is safe from Erin Ayers and her fury. But who is she? Why does she hate Gabriel Wolfe so much? And how can he discover her true identity? The clock is ticking…

A high-octane thriller that never lets up

With a rising body count, and enough military and improvised hardware to start a small war, this story is not for the faint-hearted.

Alongside his fight to defeat his latest enemy, Gabriel must battle his PTSD, which invades his mind at the worst possible moments.