You always hear about letters lost in the mail, but how often does one show up? Purely through our own fault a letter, that was sent to us back in July, waited and waited for me to get it, and yesterday I finally received a beautiful card from Marilyn in CO. THANK YOU THANK YOU!!  The photo that came with the card is gorgeous, and the suggestion of using Cayenne pepper to deter the cats from my front yard appreciated. I am also going to try the pepper on my shed roof to see if that deters the raccoons from pooping there as well. I find it very odd how much poop I deal with. One of the things I really love about the holiday season, that people don’t commonly do the rest of the year, is getting cards in the mail. I love the whole act of someone taking the time to get a card, and then sitting down to write a note to a friend. Even if it is a short note, it really does make the receiver feel special. I always love the emails I get from you guys with suggestions on how to take care of issues in the garden and with some of the crazy critters that wander through my yard. I also love the recipes you send. Those are so much fun. So let me say thank you to all of you and thank you Marilyn for the beautiful card. You certainly made my day!!! 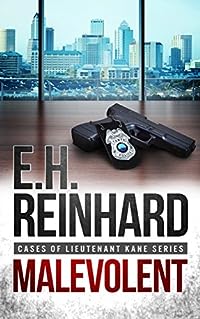 If you kill in Tampa, you will answer to Carl Kane.

The first novel in the half million downloaded, can’t-put-down Lieutenant Kane Series.
When two brutal murders point toward one killer, Tampa homicide lieutenant Carl Kane must hunt down the culprit before his nefarious plan is carried out. But the case soon becomes personal when Kane is targeted — and everyone around him is placed in imminent danger… A dark and gritty procedural with a cop you want to see win, and a bone-chilling villain you can’t wait to see lose. 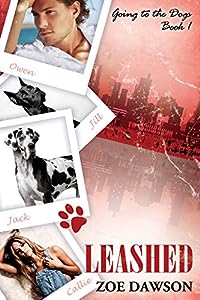 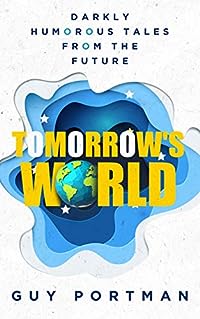 The future may not be bright but it’s hilarious.

In tales that criss cross the Atlantic, Tomorrow’s World transports the reader into the future where even dreams can be controlled – but it seems that the future’s not all it’s cracked up to be. In England, Terrence finds himself disillusioned in a world of drudgery, compensation claim drones and a relentlessly rising retirement age. Across the pond, Walter has harnessed the power of age-defying medication in a bid to prosper indefinitely – at any expense. What could possibly go wrong?

With its dark humour and gripping narrative, Tomorrow’s World paints a vivid picture of a future that’s a little too close for comfort.

Through short scenes flipping between various levels of society, we’re taken year by year through a future full of psychotic capitalism, hyper-branding and extreme virtual reality.

This is a world not a million miles removed from our own, where celebrities are worshipped like gods, drones are as common as pigeons and life expectancies for the rich are becoming biblical.

You thought people were pissed off with the 1%? Just wait until you see how they react to the 0.1%.

Like all great visionary satires, the book takes our current foibles and obsessions to their logical, gruesome and absurd conclusions. And it’ll make you laugh out loud along the way.

That’s because Guy’s particular vein of dark humour is on show in each prescient and deadpan vignette. These are not just about our near future. By giving us caustic glimpses through the best part of two hundred years of political, social and cultural upheaval, Tomorrow’s World is constantly evolving.

In essence, it’s a warning about the ramifications of a grotesquely ageing population, as demonstrated by recurring characters Walter and Terrence: American plutocrat and British worker respectively.

It may be great living to over 150. But how would you feel if you had to work for an extra half a century or so?

As well as being a quick, exciting, provocative read, Tomorrow’s World is also a plea to put down the VR headset and experience life directly. Because nothing lasts forever. 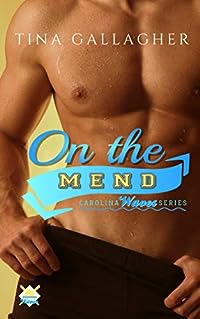 On the Mend: Carolina Waves Series Book 1
by Tina Gallagher

This first book in the Carolina Waves Series can be read as a standalone novel.

She thinks she knows this player…

Why does my promotion depend on Dan McMullen, of all people? I’ve been working my butt off for years and now all I have to do is get the star center fielder game ready and it’s mine. Yes, our relationship happened ten years ago, but I’ll never forget how he broke my heart. He was my first love after all. But I’m older now, wiser. I won’t let anything stand in the way of earning that promotion. Not even a sexy player who thinks we’re going to kiss and make up.
… but he’s full of surprises.

Back in college, I loved two things… Sabrina Kelly and baseball. Baseball worked out great. Sabrina, not so much. I know I broke her heart, but I’m not that guy anymore. My busted knee may keep me off the field this season, but it’s also given me the chance to get her back into my life. She’s a damn good physical therapist and if anyone can get me on my feet, it’s her. And while she’s here, I just have to convince her to give me another chance.

On the Mend is the first book in a steamy new baseball series and is full of hot athletes and sizzling second chance romance. 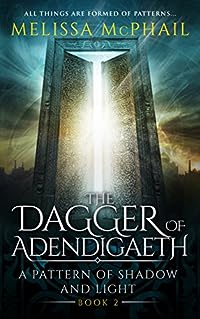 A Pattern of Shadow & Light Book 2

At long last, the reason for the blessed Adept race’s decline has been discovered: powerful beings known as Malorin’athgul are disrupting the Balance and preventing Alorin’s Adepts from awakening to their gifts. Who are they? Where are they? And how can they be stopped when they wield a power meant to unmake the universe itself?

In T’khendar… Prince Ean val Lorian has forsaken his companions in blood and battle to join the traitorous Fifth Vestal in T’khendar in the hopes of gaining some insight into the tragedies that plagued his Return. Now he must confront the man he’s long thought of as his enemy and discover the role he is meant to play in the First Lord’s darkly magnificent game.

The Vestal Raine D’Lacourte has followed his traitorous oath-brother Björn through six kingdoms and into the distant realm of T’khendar seeking explanation and atonement. But the condemned realm harbors shocking secrets, and Raine soon realizes he’s facing his greatest enemy yet — not in Björn, but in the truth.

Elsewhere in Alorin… the young truthreader, Tanis, faces a new villain in the fiery-eyed man he followed from the café in Rethynnea; the soldier Trell struggles to reconcile his growing feelings for the girl he rescued from the river against the guilt of his unknown past; and in Tambarré, another truthreader named Kjieran van Stone treads the incense-filled hallways of the Prophet Bethamin’s temple hoping to uncover a plot of treachery and betrayal before the Prophet demands his soul.

The time has come for each player to claim his role in the First Lord’s masterful game. All will be tested, but only time will tell how many can survive the dagger of Adendigaeth.