If you like chilling police procedurals, true-to-life characters, and psychological twists, then you’ll love Simon McCleave’s page-turning Ruth Hunter Crime Thriller series. This gripping series is set against the majestic backdrop of Snowdonia, a timeless land of Arthurian legend, folklore and myth. Grab your copy today and enjoy! 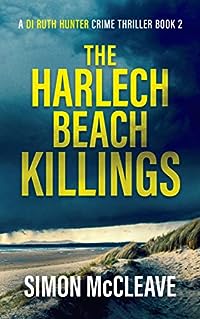 A murdered millionaire. A violent drug operation. Can a detective with a haunted past stop the next assassination?

Detective Inspector Ruth Hunter is still struggling to deal with her stress. So when the body of a businessman washes up on a secluded North Wales shore, the former London cop is anxious to prove she can lead the local investigative team and nail the killer. But as she digs into the dead millionaire’s business affairs, DI Hunter discovers a disturbing link to an infamous Liverpudlian drug lord…

Tracking down clues alongside a hot-headed partner, she worries his private vendetta could seriously jeopardize bringing the gangster to justice. And between botched raids, tight-lipped suspects, and a slew of cold case murders, she’s sure the criminal mastermind must have corrupt players in his pocket…
Can Hunter take down the mobster before he orders a highly personal hit? 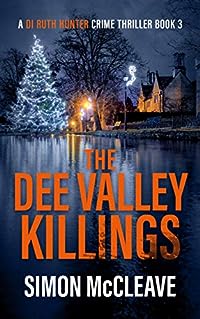 A twisted serial killer. A deadly game of cat and mouse. Can DI Ruth Hunter catch a crazed psychopath who seems intent on destroying her life?

DI Ruth Hunter hopes that settling in Snowdonia with will melt away the grief of a missing partner. Burying herself in her work, she senses that her current missing persons case isn’t all that it seems. When a man’s body turns up torn to pieces, Ruth realises that she is now tracking a deadly serial killer.

Working with her fiercely patriotic Welsh partner, DI Hunter soon has a prime suspect in her sights – although he seems to always be one step ahead of them. When the killer begins to claim a personal connection to her, Ruth fears a grisly end to her and her family. 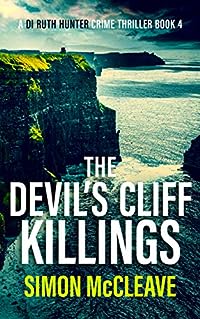 A missing teenager. A web of prison corruption and human trafficking. Can DI Ruth Hunter blow the lid off the case in time to save a sixteen year old girl?

Detective Inspector Ruth Hunter has resolved to put the grief of her missing partner behind her and continue to make a life away from London in Snowdonia. When a sixteen year old girl, Rosie, mysteriously vanishes, the case brings up unresolved issues from the past for Ruth.

Ruth realises that the key to Rosie’s disappearance might lie within a violent battle for control of a local prison. As they race against the clock, Ruth, and her sidekick DS Nick Evans, begin to uncover slavery, intimidation and bribery, only to find that the repercussions of the investigation damage those they are closest to. 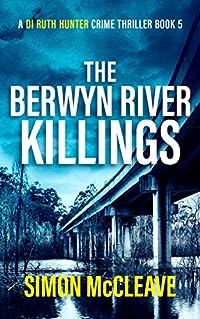 A double suicide. A dark investigation into historic abuse. Can DI Ruth Hunter link the present killings to secrets of the past before the killer strikes again?

Detective Inspector Ruth Hunter has resolved to put her past life in London behind her. So when two seemingly routine suicides start to look suspicious, Ruth is keen to throw herself into a new investigation, lead her CID team and solve what appears to be a complex case. However, as the former London detective digs into the past of the victims’ lives, she uncovers a dark web of abuse within the music industry.

Tracking down clues alongside her hot-headed partner DS Nick Evans, Ruth becomes increasingly frustrated by an investigation where there is no obvious prime suspect. It’s not until there is a shocking twist, that Ruth and her team are able to put the pieces together of a baffling case. Can she track down the killer before they disappear for good…