I stood in front of the last pallet of toilet paper that was left in the back of the store at Costco. One pallet left. Starting last Wednesday, people were starting to get panicky and buying up all the toilet paper again. I had bought my 30 pack of toilet paper and 12 pack of paper towels last week because I was out of both. I didn’t need another pack of either for at least a month, if not longer. But the craze was happening again, and this was my opportunity to prepare for the great shortage. The thing is, I didn’t run out last time, and I won’t run out this time. But I see people panicking and grabbing the TP and paper towels, so I feel panicky and want to grab some as well. The panic is very contagious. I left the pallet without grabbing anything. I don’t need it. I left it alone for those who actually need it. Now if only I could have that will power around my baby basset’s bucket of Halloween candy. OH I wish! 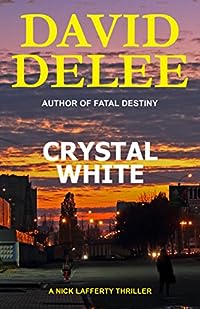 An ex-DEA agent with nothing left to live for returns home to embark on a vengeful journey of revenge against those responsible for the death of his family. He’ll stop at nothing to make them pay — with their lives or his in this first novel in the Nick Lafferty thriller series.

In California, DEA agent Nick Lafferty led the investigation to eradicate a new and deadly form of synthetic crack cocaine called Crystal White. An investigation that took from him everything he cherished, and left Lafferty a broken man. A man with nothing to live for.

Now, the street poison Crystal White again floods the streets, this time in the northern suburbs of New York City.

Aided by his ex-partner, Delmar Harley, an alcoholic cop on the edge and dogged by a beautiful assistant district attorney who believes the DEA agent’s gone rogue, Nick Lafferty relentlessly embarks on a dark and vengeful journey of revenge, mounting a full-on assault against the Crystal White drug cartel. Nick Lafferty will stop at nothing to make them pay… with their lives — or his. 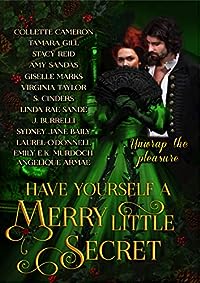 Have Yourself a Merry Little… Secret!

From the seductive boudoirs and elite salons of London to the ancient castles of the snowy Scottish Highlands, our fearless heroines enter the Christmas season in pursuit of their heart’s desire.

But, the course of true love never did run smooth… especially when SECRETS abound.

Settle in to enjoy these tales of intrigue, romantic adventure, sizzling passion, and heartwarming holiday romance.

This collection of never-before-published Yuletide historical romances from your favorite authors is available for just three months, so don’t miss out.

Unwrap the pleasure…
Wedding Her Christmas Duke – by Collette Cameron
He’s not who he says he is… but then again, neither is she. Their secrets are revealed at a Christmastide house party, resulting in scandal and scorching romance.

The Knot of a Knight – by Linda Rae Sande
Sir Randolph’s daytime occupation collides with his nocturnal avocation of service to the Crown when he discovers Lady X’s hidden stash of bank notes. They might be counterfeit — but are his feelings for her?

The Marquess is Mine – by Tamara Gill
Is a Christmas ball at St. Albans Abbey the perfect setting for Sarah to regain her trust in love-and in Giles? Or is their second chance at happily ever after doomed to end as badly as their first?

A Yuletide Miracle – by Laurel O’Donnell
The one knight who didn’t believe her was the only man who could keep her secret and save the Yule.

The Lady Who Stole Christmas – by Sydney Jane Baily
Amid mistletoe and missing jewels, a wealthy widow and a sexy sleuth play a game of cat and mouse.

Christmas with a Czar – by Emily E.K. Murdoch
This Christmas at St. James’ Court, a gentleman claiming to be a Czar is not all that he seems…
A Scot Most Wanted – by Angelique Armae
When highwaywoman Catrina Lennox’s secret is unmasked during a Christmas Eve snowstorm, she learns just how deliciously scandalous the laird she once walked out on, truly is.

Secretly Marvellous – by Virginia Taylor
Lady Mary doesn’t expect Lord Westerham to ask for her hand in marriage but she has a secret reason to say ‘yes’ and mean ‘no.’

Yuletide Secrets – by S. Cinders
He promised to never love again — until she quite literally fell at his feet. Now he’s ruined for anyone else but her.

One Scandalous Christmas – by J. Burrelli
Robert Vaughn, never expected to lay eyes on Kitty Thorpe again. Her misplaced anger confounds him, but the fire in her eyes tempts him to pure folly, of falling in love with her all over again.

The Rogue’s Secret – by Stacy Reid and Giselle Marks
Bachelor, Lord Rupert Rogers, is searching for the treasure his great uncle suggests he has left him but finds an enemy and a bride he must convince with one kiss at a time they are perfect for each other…

The Secrets He Keeps – by Amy Sandas
She’s the madam of an elite London brothel. He’s a master in the art of seduction. Enticing her to his bed will be a pleasure. Convincing her love is real might prove to be impossible. 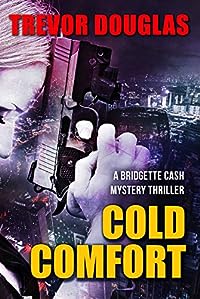 How do you catch a killer who never leaves a clue?
Bridgette Cash is a rookie detective working her first murder case. The circumstances surrounding the murder of a young woman lead her to believe it’s the work of a serial killer, but nobody is listening. Convinced the killer will strike again shortly, can Bridgette find enough evidence to catch the killer before another young woman is murdered? 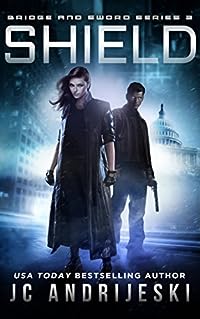 Grappling with her new identity as “Bridge,” a being meant to end all humanity, isn’t even Allie’s biggest problem.

A new set of rules around Seer culture and her relationship with the infamous Seer infiltrator, Revik, keep getting her in trouble.

Plus, the power-hungry Rook she put in the White House just started a war with China.

Then the boy appears.

A sociopath with all of the energetic markings of Syrimne, a deadly telekinetic who killed thousands during World War I, he doesn’t appear to have aged in one hundred years.

Worse, he thinks Allie belongs to him. 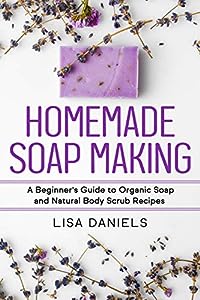 In today’s modern environment where we are bombarded at every turn with chemicals, additives and preservatives, it is a welcome relief to still find beauty products that are completely natural and organic.

In “Homemade Soap Making” you will discover a step-by-step guide to making your own non-toxic soap and body scrubs, that are super effective, easy, and cheap to make!

Simple and luxurious recipes, there is something for everyone here. You may start the book as a complete novice and by the end you will be creating soap for not only yourself, but for all your family and friends too!