“Scissors” Is A Hard Word To Spell 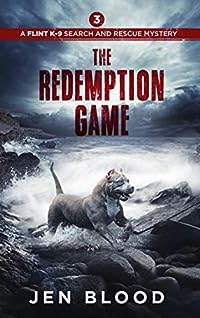 In Midcoast Maine, Jamie and her K-9 team search for the cognitively challenged son of a local animal hoarder, while recently licensed private investigator Jack Juarez looks into a murder related to the case. Unfortunately, each new clue Jack finds in the investigation seems to lead him back to a suspect police already have in their sights: Jamie’s son. Meanwhile, Jamie fights to save a critically ill pit bull pulled from the hoarder’s home who could hold the key to the woman’s dark secrets.

It’s A Wonderful Midlife Crisis : A Paranormal Women’s Fiction Novel: Good To The Last Death Book One
by Robyn Peterman

A Paranormal Women’s Fiction with a bit of class, and a lot of sass, for anyone who feels like age is just a number!

Whoever said life begins at forty must have been heavily medicated, drunk, or delusional.

Thirty-nine was a fantastic year. I was married to the man I loved. I had a body that worked without creaking. My grandma, who raised me, was still healthy, and life was pretty damned good.

But as they say, all good things come to an end. I’d honestly love to know who ‘they’ are and rip them a new one.

One year later, I’m a widow. My joints are starting to ache. Gram is in the nursing home, and dead people think my home is some kind of supernatural bed and breakfast. Gluing body parts onto semi-transparent people has become a side job — deceased people I’m not even sure are actually there. I think they need my help, but since I don’t speak dead, we’re having a few issues.

To add to the heap of trouble, there’s a new dangerously smokin’ hot lawyer at the firm who won’t stop giving me the eye. My BFF is
thrilled with her new frozen face, thanks to her plastic surgeon, her alimony check, and the miracle of Botox. And then there’s the little conundrum that I’m becoming way too attached to my ghostly squatters… Like Cher, I’d like to turn back time. Now.

Whatever. I have wine, good friends, and an industrial sized box of superglue. What could possibly go wrong?

All in all, it’s shaping up to be a wonderful midlife crisis… 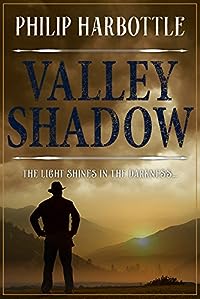 Trouble at every turn…

When Dave Norton rides into the town of Valley Shadow in the dark of night, he does not expect his life to turn upside down so suddenly!

Branded a murderer and a rustler, Norton is up against it to find the true killer of his partner and clear his own name.

Managing to narrowly escape jail and biding himself some time to find out the truth, Norton’s inquiries soon lead him into the path of the sinister Jeff Kelvin – owner of the Double Dollar Saloon.

However, the saloon holds not only danger but also hope in form of Nina Voles, a beautiful singer working in the bar.

Norton soon discovers the tragedy and fear behind Nina’s beautiful eyes and seeks to free her from Kelvin’s powerful hold.

Trusting Norton to rescue her from Kelvin’s clutches, Nina risks her life and the two of them set off together to right the wrongs that have plagued them both.

With false accusations threaten both their futures, Nina and Dave unite in a last ditch attempt to clear their names and finally free themselves from their pasts.

Now fugitives on the run, can Norton and Voles find a way to come out on top, or will treachery and greed conquer?

Valley Shadow is a thrilling western where our heroes face certain death in a courageous attempt to find justice. 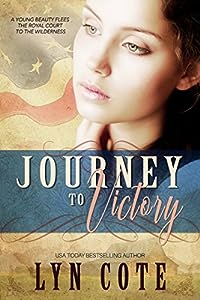 Can a young woman change the direction of her life, defy the role she has been prepared to play?

In the early 1770’s, Christiane Pelletier, an extraordinarily beautiful young woman, is next in a line of courtesans who have been favorites at the French court during the reigns of two monarchs. Yet she longs to be the beloved wife of one man, not a lovely piece of human art passed from one noble to another. And the winds of change are sweeping Europe.

Christiane flees France with her renegade father. In the Canadian wilderness, she survives the shock of leaving a life of wealth and privilege. To escape frontier violence, she moves southward only to become involved in the burgeoning American Revolution. Circumstances move Christiane into the very heart of the American rebel elite.

But one man in her life can never be forgotten. John Eastham, who’d also left Europe behind, had protected her as the captain at a Canadian frontier fort. Then he’d been a friend. Now when they meet again, he has become the enemy. Both of them must face the history they left behind. Both of them must face the vagaries of war and also of peace. How do enemies lay down arms and forge a future. a dynasty? 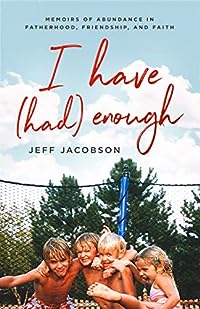 I Have (Had) Enough: Memoirs of Abundance in Fatherhood, Friendship, and Faith.
by Jeff Jacobson

In this profoundly insightful collection, Jeff Jacobson presents a compelling portrait of marriage, parenthood, friendship, and faith. At turns hilarious and excruciating, Jacobson’s stories illustrate our shared human experiences of love and loss and offer fresh insights into the twin dance of pain and grace. The author writes from the heart, gut, and spirit as he mines the everyday to discover life’s essential truths.

“I Have (had) Enough” is better titled “I Have Enough” – enough love for everyone, enough courage to withstand the slings and arrows of outrageous fatherhood, and more blessings than a man deserves.

Honest and filled with joy, I Have (had) Enough is a master-class in love, devotion, and embracing grace wherever you find it.

“If Anne Lamotte and David Sedaris had a child, then put him up for adoption in the suburban Midwest, that child would grow up to be Jeff Jacobson.”