I think we should have more Mondays during the week. Now before you boo me off the stage, hear me out. Every Monday morning I am motivated to start fresh. I am willing to make a major change such as start exercising or eating right. It’s like Mondays are the days for refreshing new starts. It could also be the guilt from the weekend, but I wasn’t too bad this weekend, so I don’t feel a lot of guilt. I do have a new exercise routine that I have been sticking to for a week now, and I can already feel myself getting stronger. I know its working because my body is sore. I was doing the daily 10 minute workout that was pretty hard, and it was great, but unfortunately I got bored with it. So now I decided to take a different approach. I have my list of exercises that I must comp0lete everyday, but not necessarily all at once.  For example, if I am standing in the kitchen waiting for my coffee to reheat, I spend the 30 seconds doing squats. Another example is if I find myself with a quick minute I will do a few pushups. I just need to complete my list before the end of the day. The other bonus is I can do it in my robe, so I am only slightly annoyed. So far I am doing pretty good, and I have my Monday motivation going… HAPPY MONDAY!! 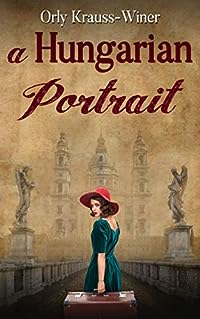 What would you risk to save your little sister’s life?
Hungary, 1944. Yoshke’s life is thrown into disarray. His wife Martha’s friend, a Nazi recruit, makes a split-second decision to send him to Mauthausen Concentration Camp, a decision that may seal his fate.

Israel, present. The sudden illness of Noa, the Schwartz family’s youngest daughter, forces them to attain a significant sum of money for an urgent operation, and they are at a loss.

Daria, the eldest sister, is the only one in the family who believes that the not so distant past of the intricate Hungarian family holds an old secret that could lead the way to saving her little sister’s life.

Armed with great determination, Daria embarks on a cross-continent journey to investigate the Schwartz dynasty’s origins.

Slowly and patiently she manages to piece together this historical puzzle, while exposing her family’s extraordinary and chilling survival story during the World War II Holocaust, a story containing at its very core a dangerous romance of passion and betrayal between enemies who were once lovers.

A Hungarian Portrait reveals the lives of men and women who knew how to love without boundaries, until the very end. Somewhere, among the captivating stories, lies the secret for which Daria has embarked on her quest. But what price will she have to pay for her discovery? 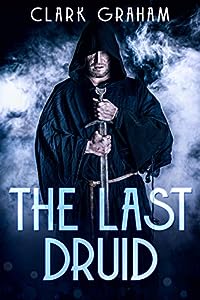 “Silence!” An old woman with long white hair and a cane walked through the rings. She stood directly in front of Brieg, her deep-set eyes peering intently into his.
Brieg felt she was boring a hole through his head. Despite being frail and slightly bent over, she was as tall as he and stood nose to nose with him.
She cleared her throat. “You have seen war. Not only in this land, but in a land far away. The storms should have prevented your return, but you sailed through them.”
Brieg couldn’t stand being so exposed, so he tried to step back.
“Hold still,” she snapped. “That healer sent you. The old woman. She who was trained by the Gedichi centuries ago. Yet she still lives. She came through here on her way to other places. We do not let anyone live who comes through here, but she was different, so we let her pass. She brought hope. She brought you.”
Drops of sweat formed on his forehead. Brieg wanted so much to flee, to run away from those black eyes piercing his soul.
“You have brought war here, too. A good war if such exists. A war that ends all the others.”
Putting her hand on his shoulder, she leaned forward, as if to get into an unseen corner of his mind. “They will abandon you, those who you now call friends. They will learn who you really are and turn against you. They will not understand you have come to help them.”

When Holly Dryden fled Penhallow Sands nearly a year ago she was determined to put the past – and Rich Turner – behind her. But now an unexpected loss and financial trouble has led her back to the family vineyard and it’s time to tell Rich the truth – he’s a father.

Surrounded by the memories of what they once shared Holly’s anger fades in the glow of Rich’s undeniable love for their son and the way he selflessly steps in to help the vineyard out of trouble. As Holly watches Rich flourish in his new role as father to baby Luke, she realises that though they can’t change the past, the future is still theirs to write… 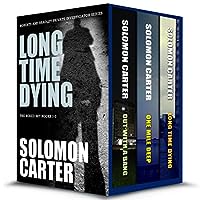 THEIR FRIEND WAS A COP.

AND SOME CASES ARE NOT WHAT THEY SEEM…

Private investigators Eva Roberts and Dan Bradley are hired by their police colleague Detective Inspector Rowntree to track down his runaway brother. It’s a sensitive case Rowntree doesn’t want in the public domain.

While Eva trusts the DI, Dan is sure Rowntree is hiding something. They soon uncover a connection to a sleazy South London scam. And the deeper they dig, the worse it gets. Roberts and Bradley go undercover to learn more. But their subterfuge could prove their undoing. While Eva investigates the witnesses, Dan is put under serious pressure to join the sleazy action. And an awkward situation soon becomes a matter of life or death.

A high octane crime thriller packed with excitement, mystery, a hint of humour and romance.

Devious Intentions is the first book in the Secrets and Guardians trilogy. A sweeping, fast paced, fantasy adventure packed with clever twists and turns. Epic story telling that fills the crossover between young adult and traditional fantasy fiction (Book 1 of 3).

‘Some consider me a wise woman, others a witch. Kerdred does not terrify me. I am his nightmare. He made the mistake of harming my family and forcing my great granddaughter into marriage. But, if you think I have vengeance issues, then you should meet Shade’.

How do you defeat a man with no moral compass? When those of myth and legend have their own separate agenda, good intentions are not enough.

The Kingdom of Daranel is under threat. Kerdred and his brothers, Hawke and Tremlin have already taken Korin. Aberrling, the advisor to King Hylaw, knows Daranel is next. Aberrling has plans, back up plans, contingency plans and if all else fails plans. Having been told Kerdred will invade and that if they tried to defend Daranel they would lose, King Hylaw agrees to follow Aberrling’s plan; well at least the one he was told about.

Ordinary people are put into extraordinary situations as their world is turned upside down. Plots, counter plots, deceit and vengeance all have their part to play.