Get In My Cart Little Guy!

MURDERER!!!! MURDER MURDER!! I found a new love. Ha.. odd beginning huh? Well, let me tell you about my new favorite thing. There are two big box hardware stores in my town, and each have a garden center. I went to the first one the other day looking for mulch and I ran across a cart filled with plants that have definitely seen better days, but were not a dead. All they really needed was a little TLC. I asked the cashier if they were discounted, and she told me no, and they vendor just throws them out. What a waste! (side note: I just found a tiny dead fly in my coffee that is only half empty. I took the fly out, but do I waste the coffee?). After not finding exactly what I wanted at the first store I went to the second and I found TREASURE! Two racks of clearance plants. One was a cute little cypress that looked perfectly good, and was half off. YESH!!! Get in my cart little fella! Normally a $50 plant, and I got him for $25. I also picked up four cute little flowers in festive Christmas pots for $3 each, normally $8. I was flying high. Even hubby was a bit giddy about the score. The problem is, now I have an addiction. I want more clearance plants. This could get to be a real big problem for me, but not one to solve right now. (I threw out the coffee. There could be a little fly leg left behind…ew) 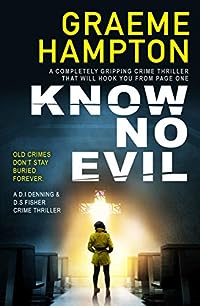 Know No Evil: A completely gripping crime thriller that will hook you from page one (D.I Denning and D.S Fisher Book 1)
by Graeme Hampton

It’s high summer, and London sizzles in the grip of a heatwave. But when the body of young mother, Leanne Wyatt, is discovered in an East London park, the heat rises to boiling point for D.I. Matthew Denning. Under pressure to solve the case, and fast, he delves into Leanne’s history and finds that she was close to some dangerous individuals – could one of them have taken her life in an angry rage? But when another woman is found dead in similar circumstances, Denning is forced to consider that a killer stalks the capital’s streets.

But when young, ambitious, D.S. Molly Fisher, discovers a horrifying link to these deaths and a killing spree in South London a decade ago – a terrifying summer where young women died at the hands of a psychopath the press dubbed ‘The Bermondsey Ripper’, the case is blown wide open. Anthony Ferguson is serving a life sentence for the crimes, so are these new deaths the result of a copycat killer – or did the police convict the wrong man? Whatever the case, Denning and Fisher need to stop a killer in his tracks – before he sets his sights on them. 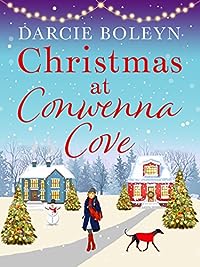 When Grace Phillips arrives in Conwenna Cove to help her parents move in, she has no intention of staying. It’s not hard to see why they’ve fallen in love with the place, but it’s definitely not for her. But the festive decorations, carols in the air and constant supply of delicious mince pies certainly make it difficult to leave… not to mention the mysterious local vet Oli Davenport.

Oli lost his wife to cancer two years ago. His world revolves around his children, Amy and Tom, but being both mum and dad isn’t easy and his romantic life has taken the hit. When Oli and Grace cross paths, sparks fly but both are holding onto the fear of letting someone else into their heart. As the snow falls on Conwenna Cove, can Oli and Grace find the happiness they both deserve?

A magical and uplifting Christmas romance, perfect for fans of Jenny Hale and Heidi Swain. 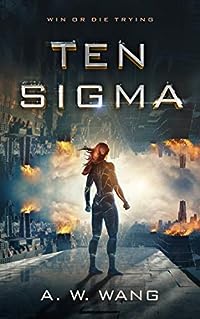 During the twilight of America, Mary, a married stay-at-home bookworm, is dying of incurable cancer.
One wintry night, a mysterious scientist visits. He offers to nullify her enormous medical bills in exchange for transferring her consciousness into a virtual environment as part of a secret military program called Ten Sigma.
A year later, weighed by the imminent bankruptcy of her husband and family, Mary reluctantly accepts knowing she’ll return as a super-soldier in a new, healthy body upon passing certain tests.

After her mind downloads, the shadowy tinkerers of her new reality erase her name and shred her essence. What’s left gets reassembled with every type of martial knowledge and combat experience.
Trapped on the road to becoming a perfect killer, she learns of the program’s true nature.

Everyone is a dead man walking.

Despite the unimaginable odds, she grimly embarks on the impossible journey to return to her family or die trying…
For Mature Audiences only – contains graphic violence, elements of horror, and some sex. 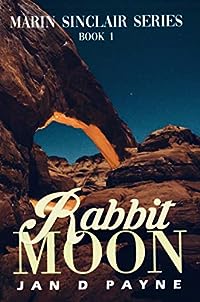 Everyone says you can’t go back home, but Dinetah, the Navajo Nation, is a place Marin Sinclair feels she has no right to claim as home. There are dark memories for her there, most of them wrapped up in the struggle to reconcile an Anglo worldview with that of the Navajo culture. She doesn’t expect that responding to a plea from a long ago Dineh friend will put her life in jeopardy, but Navajoland was ever a place to hold mysteries. The mystery now is what about her life then would make someone want to kill her?

Sgt. Justin Blue Eyes of the Navajo Nation Police shares a connection with Marin from the past, and he has the same question plus a few, including why the United States Nuclear Regulatory Commission would send a top government agent to investigate the abandoned uranium mines on Navajo tribal lands — mines that in the past exposed hundreds of Native American miners to cancer-causing radiation. But first he needs to find Marin, and it looks like she has gone off the grid — on her own in the Lukachukai mountains with a killer close behind. 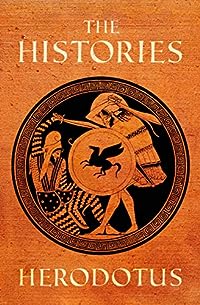 The Histories
by Herodotus

One of the masterworks of Western civilization from the Ancient Greek author and orator known as the “Father of History.”

Written in the fifth century BC, The Histories is a wide-ranging inquiry into the Greco-Persian Wars and beyond. Factual accounts of military matters on land and at sea, commanders, governments, and rulers are juxtaposed with Greek mythology. As inspiring to travel writers and journalists as it is to historians, this epic work includes a wealth of geographical and ethnographical information on the Middle East, Northern Africa, and Greece. It remains one of the West’s most important sources regarding the ancient world.

“To transfer the responsibility for events away from heaven and squarely on to mortals may seem, two and half thousand years on, an obvious task, but in so doing Herodotus fundamentally changed the way that humans look at the world — and that is why Cicero called him the father of history.” — The Guardian

“We may no longer share Herodotus’ view of the past, yet we delight in the richness of the world he sketched. Its stories, landscapes, characters, and insights into human nature linger long after the reading. What makes the work stand out above all is the Histories’ sense of wonder and discovery. Herodotus’ Histories remain a classic testament to the pleasures of researching and learning.” — The Conversation