Are You Screaming Again?

Today I am boring. I literally have nothing to say and it is driving me nuts. This is particularly bad news for me since I have to clean the bathrooms today and that is a horrid chore. If I don’t entertain myself in my head I will actually have to pay complete attention to the dirty toilet. GROSS! FOR GOSH SAKES! I LIVE WITH THREE MALES!!! I could put off the chore until tomorrow, but it is my youngest baby basset’s birthday Friday and I wanted to have plenty of time to decorate and make the day special for him. It’s hard to make the day special if you are yelling at a toilet. 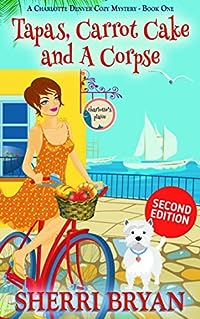 What happens when small-town murder meets a big-hearted café owner?

St. Eves is a town with real community spirit.

Desperate for a return to carefree, small-town life, inquisitive café owner Charlotte Denver reluctantly becomes involved in the hunt, and uncovers a shocking plot that rocks the bustling coastal town to its core, and a twist in the tale that no one saw coming. Small town murder was never so calculated… Come and solve the mystery, and have a little fun along the way, with engaging characters, a little romance, and recipes to try for yourself. And you can settle back for a flinch-free read, because you won’t find any strong language, graphic violence, sex or pesky cliffhangers! 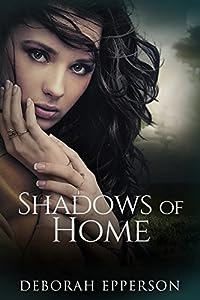 Shadows of Home
by Deborah Epperson

From the author of Breaking TWIG

A Woman with Questions. A Man with Secrets. A Bayou without Mercy

A gripping southern tale of rekindled love, heartbreaking betrayal, and the power of secrets to both destroy and bind a family together.

After fleeing to Chicago five years earlier, Elita Dupree returns to her ancestral home on Louisiana’s mysterious Caddo Lake. Now twenty-two, she seeks answers to questions about her father’s death, questions that cast shadows over her childhood memories of him.

On her first trip into the bayous of Caddo Lake, Elita encounters Jax Boudreaux, a shotgun toting loner who warns her to stay out of the Caddo. When Royce Sutton finds her and offers to take her home, Elita is overjoyed, but soon learns that the teenager to whom she’d given her heart is now a bitter young man, scarred by war, and filled with secrets. But no matter how much they’ve changed, they can’t resist their smoldering passions.

As she navigates their turbulent relationship, Elita discovers some of the secrets Royce is keeping involve her family. Trust in the people she loves most erodes with each new unanswered question. The truth lies in the bayous of Caddo Lake, and Elita won’t rest until she finds it. But while she is hunting answers, someone… or something… is hunting her. 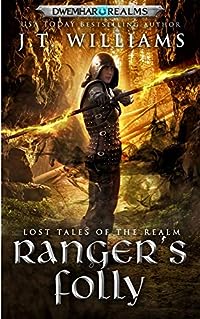 Ranger’s Folly: A Tale of the Dwemhar (Lost Tales of the Realms Book 1)
by J.T. Williams

He is a Ranger of the North. His fellow Rangers, those he would call friends, are dead. Now, he has been branded a deserter and a thief. He only wishes to get back to his family alive.

It is said that Fadis the Ranger stole something from the king… Now a massive bounty is on his head. But in particular, is isn’t the sell-swords and bounty hunters that he should worry about. There is a powerful mage on his trail and this man cares little of a reward of gold.

Only a few hours from his wife’s embrace and his son’s smile, will he, at last, be free from his past? Nothing ever remains the same and this Ranger is about to learn that. The hard way. 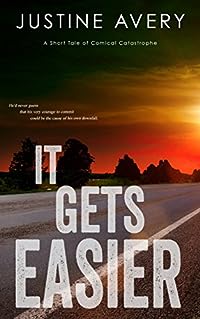 It Gets Easier: A Short Tale of Comical Catastrophe
by Justine Avery

He’d never guess that his very courage to commit could be the cause of his own downfall.

Jake’s loved and lost, suffered failed relationships and felt real sorrow, but the new girl in his life may just be the one to finally put an end to that life.

His girlfriend Samantha is sweet and kind, full of joy, and the kind of girl Jake can be perfectly content sitting in complete silence with. It’s so comfortable, so easy, to fall completely for her. In fact, Jake would do anything for Samantha, anything at all.

Just returned from attending Samantha’s family reunion, Jake’s high as a kite, basking in the realization that he’s been officially accepted as one of the family. He can’t believe his luck, especially as he’s driving off into the sunset with Samantha herself and so looking forward to those precious, anticipated moments alone with her. What could possibly go wrong?

Thump thump resonates from the trunk of the car as they speed along the highway together.

He falls head over heels for her… but not exactly in the way he intended. 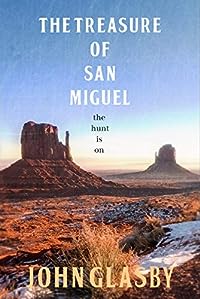 The Treasure of San Miguel
by John Glasby

The hunt is on

When lawman Ben Littlejohn receives a letter from someone he knew years ago, he immediately travels miles to help Andrew Fauld. Arriving in El Angelo, Ben finds that the situation is beyond the help Andrew Faulds requires. With Carrico Manvell’s men, men who like nothing but to shoot up the men working on small ranches, causing havoc, Ben soon realises that the trouble has escalated beyond control.

Manvell is clearly trying to get the smaller ranchers off their territories so he can take over most of it. But the reign of terror Manvell has already inflicted on the town will be hard for one man to dispel. When a cowman is murdered, Ben realises there is more that Manvell wants. The old man had a map, a map that was thought to lead to treasures that had been buried far and deep. Manvell knows that this treasure would be worth more than the territory he is after.

In The Treasure of San Miguel it’s not long before Ben is on Manvell’s trail, on the hunt to find the treasure. A journey fraught with danger…
John Glasby (1928 – 2010) began his career as a research chemist in 1952. During the early 1960s, Glasby wrote dozens of paperback westerns. Following his retirement, Glasby produced a steady stream of new westerns, science fiction and crime novels.