The Colony of Edge Series By Anthony W. Eichenlaub

The colony is meant to build a new world… But not everything is as it seems. 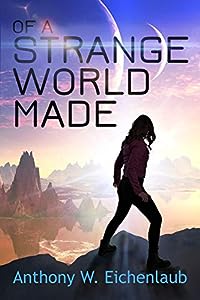 Of a Strange World Made (Colony of Edge Book 1)
by Anthony W. Eichenlaub

Biologist Ash Morgan loves breaking rules, but this is getting ridiculous. She plays fast and loose with the ultra-strict governing AI in the planetary colony of Edge, but even she’s willing to admit that maybe there are some laws not meant to be broken.

When a fellow colonist asks for help delivering a child that the AI hasn’t condoned, Ash agrees to help against her better judgment.

But there are two problems.

And the baby is born strange. Too strange. What experiments would produce a monster like this?

When the mother descends into violent fits of depression and madness, Ash must decide which rules can be broken, which rules must be obeyed, and which rules will inevitably lead to the colony’s ultimate destruction. 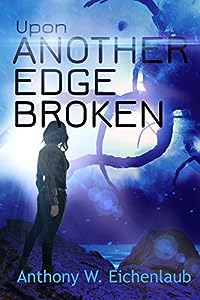 Upon Another Edge Broken (Colony of Edge Book 2)
by Anthony W. Eichenlaub

The skies rain muck, the AI Traverse looms ever more dangerous, and the new nearby colony threatens to disrupt the status quo.

Now, murder has found its way to the colony of Edge.

Ash doesn’t want anything to do with tracking down a killer. She doesn’t want to delve into the anger and darkness that caused such a horrible event. It frightens her deep down into the core of her being.

More so when she discovers the killer might not even be from Edge. Was this the murder of an innocent scientist, or an attack from a neighboring colony? Is this the culmination of a bitter personal dispute, or is this war?

Upon Another Edge Broken is the second novella in the Colony of Edge series. 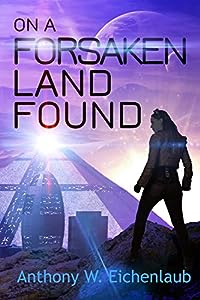 On a Forsaken Land Found (Colony of Edge Book 3)
by Anthony W. Eichenlaub

There are some mysteries best left unearthed on the planet of Sky.

A secret is hidden in a dead city at the center of a faraway desert. Lost technology might save the colony of Edge and finally bring sustainable life to a world that has been so close for so long.
… But what dangers slumber in that forsaken land?

Ash Morgan leads a team of explorers to find clues that will save her people and bring on a new era of prosperity. She battles the elements and hazards of the city, but can she hold together her team when the dangers prove too much? Can she prepare them for the very real possibility of failure?

And what if something follows them back to Edge?

Maybe that city’s not so dead after all.