I Just Don’t Do Natural

When I was younger I got hangovers from drinking too much. Those years (hopefully) are behind me. Nowadays I get hangovers from eating too much sugar. This is unfortunate, but I just have to be an adult about it and be aware. FINE… I am FINE with that. I might be a little bitter. Okay… I am very bitter, but I am accepting it. This morning, however was the last straw for me. I woke up feeling horrible because … I SLEPT WRONG! I have a head and neck ache because I slept wrong. The most natural thing in the world we do as humans, and I got it wrong. I am going to nap today, but I am going to read the instructions on how to do it properly first. I can Google it right? ARG!!!!! 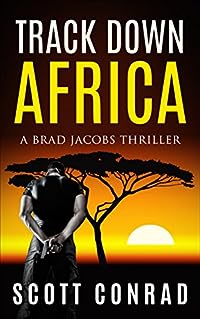 Brad Jacobs has made a career out of “kill or be killed”.
Some call him coldblooded. He’d argue that emotional sensitivity is no match for an AK47.

Then he receives the call that changes everything.

Brad’s mischievous cousin, Jessica Paul, has gone and got herself lost in the African jungle. They say the 26-year old treasure hunter has become disoriented, or run off with some local tribe. But Brad knows Jess. She wouldn’t leave her family behind in the name of adventure, or rebellion. Somewhere, someone — knows the truth. And in a land of deadly diseases, man-eating beasts and terrorist militias, this is one mystery he’s half-afraid of solving.

If anyone can save her, it’s a tough bounty hunter with a crack team of military buddies. But the darkness waiting for them in the Ubangi Jungle is deadlier than any they’ve faced before, and this time, the stakes are so much higher.

“Track Down Africa” is the first standalone novel in the electrifying Brad Jacobs Thriller series. 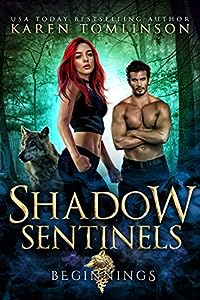 A journey starts with a single step… or sometimes a betrayal.

I thought killing my parents would be enough for her but no, now she has plans for my new family — and me.

All I want is to live my life quietly. You know? Find my place in this crazy world.
But as a wolf shifter, I must either become an agent at the Supernatural Bureau of Investigation, or try and fit into human society. Yeah, that’s not for me, neither is the SBI. Especially when Connor, the alpha my wolf has claimed as her mate, is their top operative.

I grew up with Connor, but he’s no longer the boy I knew. Now he’s a tough, arrogant and gorgeous man; one who kisses me and rocks my entire world, only to leave me hanging when he disappears completely.

I say powerful alpha wolf-shifters like him don’t die easily.

Turns out his disappearance is just the beginning.

Fate made it clear to me years ago that life is fragile, but she also taught me that once you die there is another beginning. Or at least there is for me…

I will discover what happened to Connor. And no matter how many times I have to die, vengeance will be mine.

Welcome to the first book in the Shadow Sentinels paranormal romance world. If you love J R Ward, K. F. Breene, Patricia Briggs, Nalini Singh and Dannika Dark, you’ll fall right into this exciting and addictive supernatural ride~prepare to have your heart wrecked and your morals ruined. BUY IT NOW!

*This series is for 18+ readers only. Please only read if you enjoy sexy alphas, kick-ass heroines who can bring them to their knees, love hot and sexy scenes, have no issues with bad language; and adore a good supernatural story. If you do then dive in and hold onto your knickers (I’m British!) or any other item of clothing. You’re in for a ride! 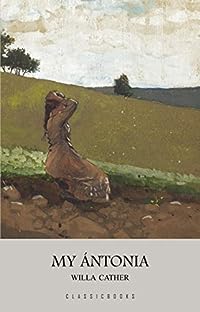 My Ántonia
by Willa Cather

“My Ántonia” evokes the Nebraska prairie life of Willa Cather’s childhood, and commemorates the spirit and courage of immigrant pioneers in America. One of Cather’s earliest novels, written in 1918, it is the story of Ántonia Shimerda, who arrives on the Nebraska frontier as part of a family of Bohemian emigrants. Her story is told through the eyes of Jim Burden, a neighbor who will befriend Ántonia, teach her English, and follow the remarkable story of her life.
Working in the fields of waving grass and tall corn that dot the Great Plains, Ántonia forges the durable spirit that will carry her through the challenges she faces when she moves to the city. But only when she returns to the prairie does she recover her strength and regain a sense of purpose in life. In the quiet, probing depth of Willa Cather’s art, Ántonia’s story becomes a mobbing elegy to those whose persistence and strength helped build the American frontier. 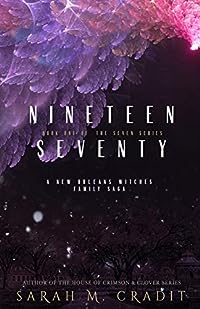 One of the seven will die. There’s nothing they can do to stop it.

1970. New Orleans. The seven Deschanel siblings live with their long-suffering mother in an historic Garden District mansion. Each of them unique. Each of them born with a gift. In some cases, a gift they wish they could give back.

When August Deschanel died, he left his wife, Irish Colleen, with more than seven children to raise. She inherited a job she was never prepared for: bringing up his heirs in a world she doesn’t understand. She’d never seen true magic, not before marrying into the most prominent-and mysterious-family in New Orleans. Now, she can’t escape it.

Irish Colleen knows a terrible secret. Her youngest, a prophet, has seen a future that is unavoidable: the Deschanels will not leave 1970 without losing one of the seven. She knows only that it will happen, but not when, how… or to whom.

One of her children must die, and Irish Colleen can do nothing to stop it. 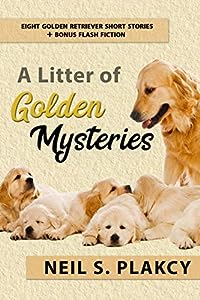 Stop by for some comfortable visits to Stewart’s Crossing, where reformed computer hacker Steve Levitan and his crime-sniffing golden retriever Rochester are nose to the ground in this collection of mystery short stories that take place between novels.

In the first of these stories, Steve is learning to love the big, goofy golden he has inherited on the death of his neighbor, and Rochester shows him how to open his heart and his home to his sweetheart Lili.

From then on, Rochester tugs Steve along on a roller coaster of cases, from theft to murder to the discovery of an abandoned baby. Familiar characters from Stewart’s Crossing drop by, including Steve’s best friend, SCPD detective Rick Stemper. Of course there are a lot of opportunities for Rochester to tussle with his BFF, Rick’s Aussie Rascal.

Check in with old friends like Gail Dukowski, the owner of the Chocolate Ear, and Steve’s childhood piano teacher Edith Passis. Joey Capodilupo, Mark Figueroa, and their snow-white golden Brody make an appearance, along with Lili’s ex, journalist Van Dryver, who makes a surprising appearance to help out with an investigation into Amish puppy mills.