The Light of Epertase Trilogy by Douglas R. Brown

Inspired by epic fantasy novels like Lord of the Rings, Mistborn, and Wizard’s First Rule, The Light of Epertase Trilogy by Douglas R. Brown strives to recapture some of the wonder and imagination those great authors have given the world. Enjoy! 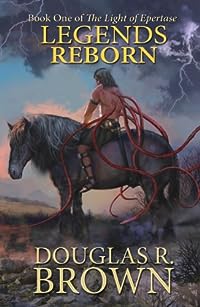 Loss. Betrayal. Sorcery. War. When wicked men plot to steal the Light of Epertase from Princess Alina’s soul, Rasi would fight the gods themselves to save her.

In book one of the epic fantasy trilogy, The Light of Epertase, a technologically superior army advances on Epertase, setting off a chain of events that threaten to destroy the entire kingdom. Rasi, a legendary warrior long ago banished and cursed with seven symbiotic tentacles fused to his back, may be the kingdom’s only hope. But to save Epertase, he must first save the one he loves.

The entire The Light of Epertase trilogy has been completely revamped and remastered in 2020 and is now better than ever. There’s never been a better time to read what has been called, “… complex and fascinating epic fantasy.” 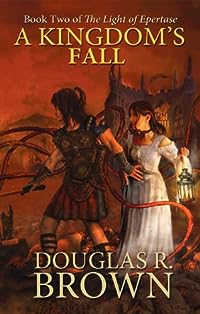 A Kingdom’s Fall (The Light of Epertase Book 2)
by Douglas R. Brown

That which survives the initial assault may yet die from the infection left behind. In the darkest chapter of this epic fantasy trilogy, the kingdom of Epertase is all but lost.

In the destroyed country of Lithia, the former Gildonese leader of the Lowlands, King Fice, has violently assumed the throne, filling the void left by the Tek destruction of the country. His unnatural powers of sway have become more potent and his influence farther reaching.

The Tek invasion has also left a void within the kingdom of Epertase. The war has tested the once-great people and, with the venomous words of men Queen Alina considers friends, Epertase descends into revolution. Alina barely escapes with her life.

Once again, the kingdom needs a savior.

And once again Rasi will be forced to unleash the darker part of himself in order to save the woman he loves.

All is not what it seems. Victory may still mean defeat. The war for Epertase has only begun. 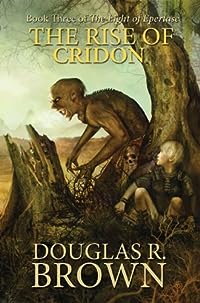 The Rise of Cridon (The Light of Epertase Book 3)
by Douglas R. Brown

When kings make war, innocent men die. In the thrilling conclusion to The Light of Epertase, all appears lost within the broken kingdom.

After the tragic events of A Kingdom’s Fall, Rasi awakens imprisoned in the fisher kingdom.

A dark wizard has assumed Epertase’s throne and rules with an iron fist. All he needs to gain ultimate power is Alina’s Light. Fearing him, Alina has fled with her son, Cridon, to Torick Island where the banished Teks now live. But the Light has been broken and is calling Cridon back to Epertase and the dark wizard. Tevin must be stopped, and the fate of the kingdom rests within the soul of a child.

The end of days has just begun.