I get my second vaccine shot tomorrow, so today I am cramming two days worth of ToDo’s in one day. I am planning to be pretty ill. I do have a worry though. I am killing myself now to get two days worth of work done in one day, but if I don’t feel ill from the shot, what’s to stop me from still working tomorrow? I’m going to fake being sick. That’s my plan. I will lie to hubby, my kids, and myself, and act like I am on death’s door. Good plan, good plan. 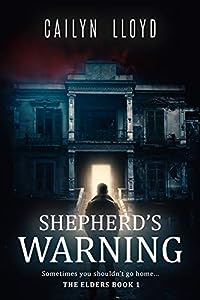 Sometimes you shouldn’t go home…
For years the abandoned MacKenzie mansion remained hidden in rural Wisconsin. Rumors and stories of apparitions, odd noises, accidents, and strange deaths in or near the property were enough to convince the townsfolk it was haunted and they stayed away.

Lucas MacKenzie and his brother Nate know nothing of this when they inherit the property and decide to bring their families to Wisconsin for a major renovation project with HGTV stardom in mind. As they tear out old fixtures and open shuttered windows, the house begins to reveal secrets of a terrible past and it soon becomes clear the MacKenzies are in grave danger. In the end, only one person can save them. 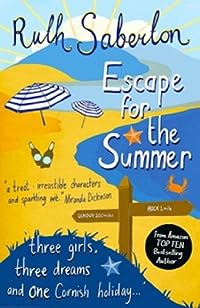 Escape for the Summer: An unforgettable Cornish romance (The Escape Series)
by Ruth Saberton

Can Andi Evans find the strength to start again?

Betrayed and broken-hearted, Andi’s redundancy is one shock too many. Suddenly single and in debt, a summer working in the pretty Cornish town of Rock seems the perfect solution.Determined never to trust again, will a chance meeting with a stranger change her mind?

Andi’s sister, Angel, is determined to find a man who can keep her in style. Heading to Rock, summer playground of the rich and famous, seems an inspired idea until a misunderstanding threatens to end a romance that has started to mean more to her than she ever expected…
Actress Gemma is no stranger to diets and disappointments. As the future of her career hangs in the balance, Gemma hopes a summer in Cornwall solves her problems. With a reality TV show being filmed in the seaside town surely she can avoid the pasty shops and win herself a role.

Arriving in idyllic Cornwall, all three girls are hoping for a holiday to remember. But will this be for the right reasons? Or, as emotions run higher than the tide, will the summer escape turn their lives upside down?

This book is written in UK English. 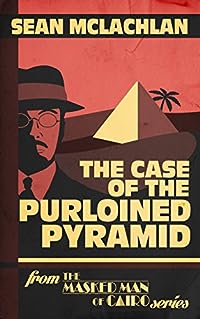 An ancient mystery. A modern murder.
Sir Augustus Wall, a horribly mutilated veteran of the Great War, has left Europe behind to open an antiquities shop in Cairo. But Europe’s troubles follow him as a priceless inscription is stolen and those who know its secrets start turning up dead. Teaming up with Egyptology expert Moustafa Ghani, and Faisal, an irritating street urchin he just can’t shake, Sir Wall must unravel an ancient secret and face his own dark past. 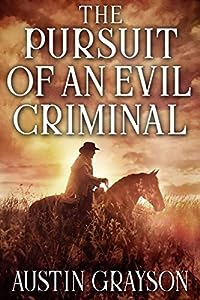 The Pursuit of an Evil Criminal: A Historical Western Adventure Book
by Austin Grayson

Ryder Duncan is the sheriff of a peaceful town, where nothing unexpected ever happens. When his brother is killed in a bank robbery in his very hometown, he spontaneously decides to leave everything behind and join the Texas Rangers in pursuit of justice. His brother’s killer is a vicious criminal, and nothing will stop Ryder until he captures him. How will he succeed in his quest to outsmart the experienced murderer?

With a blessing from his secret love, Grace, he begins his wild journey of hide and seek. Grace might have been the wife of his brother, but Ryder had a crush on her ever since they were children. On the trail of an evil criminal, he will meet friends and foes, trackers and bounty hunters, but no one will get in the way of his mission. Grace’s letters will be his only true company, while he goes through the most dangerous adventure of his life. Will she still give him a chance for love when he comes back home?

A mixture of vivid imagery of the Wild West and complex characters put the finishing touches to a true adventure, like never read before. Will Ryder get justice for his parents, Grace, but also, for himself? 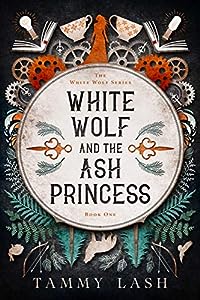 Memory loss prohibits Izzy from remembering her life before age seven when she suffered a terrible trauma that left her with physical scars. Crippling panic keeps Izzy from wandering beyond the stables but Tubs, the Gudwyne’s young stable boy, encourages Izzy to go beyond the property’s rock wall into a world that promises possible answers but also great danger.

While running to escape his past, Jonathan Gudwyne rescued Izzy and took her in, but who did she belong to before he became her guardian?

A mysterious cellar filled with secrets sets Izzy on a path to the New World where the Wendigo wanders and Water Panther swims. In the wilds of seventeenth-century America, Izzy and Jonathan discover the legends of the New World aren’t the fairytales of their library home in England.