I think I might be the bad guy or possibly even a villain. You know in those cute bug cartoon movies and shows where you get a glimpse into the life of bugs, and they are all happy living their buggy life? Where they are making friends and going on adventures? Ya… well I’m the horrible human that plucks them from their wonderful life and runs off with them, never to be seen from again. I don’t think I am going to stop doing that either. My friend and I went for a short walk the other day and she found a caterpillar walking across the road. She wanted to just move it out of the road to a safer location. Me? OH NO!!! That little fuzzy fella was coming with me. It was MIIIIINE!!!!! Get in my garden little fuzzy fella. Meet your new neighbors the frogs that I kidnapped a few weeks ago. See how happy we all are. SO HAPPY!!! Nope, I’m not creepy at all. 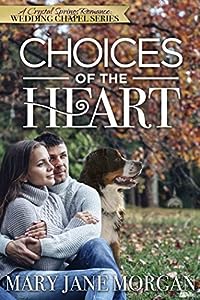 After losing her husband, Jillian Blake leaves Nashville and moves with her two-year-old son to Crystal Springs, Tennessee to be near family and part of a close-knit, small-town community.

When Cade Hendrix’s wife gives him shocking news and files for divorce, he swears off relationships and devotes himself to his two top priorities — his young daughter and his veterinary practice.

A chance meeting for Cade and Jillian throws Cade’s carefully crafted world into a tailspin, and has Jillian wondering if she can ever find the courage to love again.

Will heartbreak and deceit keep Jillian and Cade locked in the past? Or will they find the courage to follow their hearts? 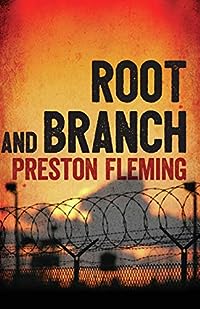 Root and Branch
by Preston Fleming

Roger Zorn, owner of a French private security company, is delighted at having won a lucrative contract with the U.S. Department of Homeland Security (DHS) as part of the government’s new program of emergency security measures. The measures are launched when the U.S. military response to sneak attacks by Iran and Pakistan on America’s electrical grid provokes a wave of Jihadist-inspired violence across the U.S.A.

Zorn’s work for DHS requires him to apply his company’s Triage risk assessment technology to evaluate terrorist suspects captured in the U.S. and sort out the jihadists from nonviolent Muslim residents. But when Zorn’s inquiries lead him to discover that DHS and its lead contractor have been manipulating Triage scores to deport massive numbers of Muslims and is ‘disappearing’ the most violent ones, Zorn faces a choice.

Will he say nothing and sell his company to DHS’s prime contractor before scandal breaks, or will Zorn step up to expose the abuses and risk bringing the full wrath of America’s national security establishment down on his head? 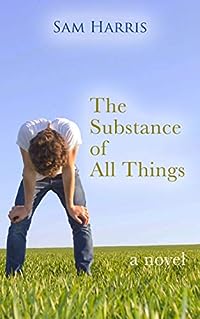 The Substance of All Things: a novel
by Sam Harris

Theo Dalton is six years old when his hands are irreparably damaged in a horrific car accident that takes his mother’s life. Six years later, during the sweltering summer of 1968 in rural Oklahoma, Theo meets Frank, a Native American outcast, and learns that he has the ability to heal through his disfigured hands.As he explores the extraordinary, Theo desperately attempts to remain an ordinary boy. But when word of his gift spreads, Theo is shunned by the church for doing “the devil’s work.” He is immediately swept away by his Auntie Li, and into a world which ultimately threatens his life as he saves others’. Told from Theo’s perspective some fifty years later, it is through his work as a therapist with a broken woman that he musters the courage to relive the summer that haunts him.The Substance of All Things is the gripping, heart-wrenching, and often humorous tale of mentors and mothers and fathers, love and redemption, prophets and charlatans, miracles and faith.

From “The Substance of All Things:”

Suddenly, I felt a twitch in the palm of my left hand. Just the slightest tingle, a prickling really, so that I couldn’t quite discern if the feeling was painful or stimulating — like when water is so hot on the skin that it might be cold, the distinction cannot be made. Then my right hand twitched, sparkling to a tickle that felt like a fortune-teller following the lines of my destiny with a fingernail. The current splayed to my fingers, tiny jolts of something — something charged, even voltaic. But there was something more — a feeling inside of me that couldn’t be located in my physical body, as if a door which had always existed but had always been locked suddenly opened, slowly, to a secret place, and whatever was within engulfed me like a color I’d never seen; a feeling almost too large for my body, and my knees buckled at its enormity, but I would not fall. I knew that something beyond myself was happening like a dream and I dared not peek for fear that it would end. 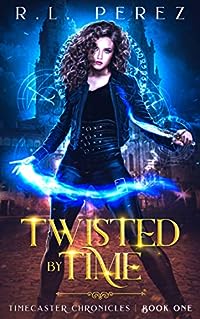 A fall through time. A reckless witch. A war of monsters.

17-year-old witch Desiree Campbell tries to cast a spell to go to Miami for spring break.

But she ends up in Cuba a hundred years in the past.

The year is 1898. The Spanish-American War rages. Demons thrive in the city, preying on humans. Desi is caught between the war of mortals and the war of monsters.

She meets Oliver Gerrick, a handsome American soldier and warlock. He offers to help her fight off demons and find a way home.

But the path to returning back to her own time won’t be easy. Demons attack, hungry for blood. And Desi suddenly finds herself targeted by a powerful demon lord.

He knows she’s time-traveled. And he wants to keep her trapped in 1898 forever. 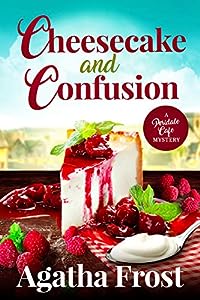 When Julia South-Brown agreed to babysit her little brother at Peridale Manor, she didn’t expect to get caught up in the middle of a burglary, but that is precisely what happened. As horrifying an incident as it was, however, it soon becomes another problem to add to the ever-growing pile.

With Julia’s husband having book trouble, her adopted daughter having boy trouble, her father and stepmother having money trouble, and her own life-changing news, she has her hands full without a mystery to solve.

It feels like everyone in Julia’s family has received bad news, but despite all this, she can’t stand by and watch her father struggle as a result of the robbery. She promises to help him, but are any of the people on the list of names he gives her connected or has she been sent on a fool’s errand?

Book 18 in the Peridale Cafe Cozy Mystery series! Can be read as a standalone but will be enjoyed more as part of the series. A light, cozy mystery read with a cat loving and cafe-owning amateur female sleuth, in a small village setting with quirky characters. Written in British English. No cliffhanger, swearing, gore or graphic scenes! Contains mild peril.