Secrets Best Kept In A Bowl

I have told you before about how every Halloween I sneak pumpkins into the front yard and move them around daily, so hubby won’t notice I keep buying more pumpkins throughout the month, right? Well… I have a new sneaky thing I do, and this time it’s with water features in the backyard. The other day I put the painted sink bowl, that I had to move out of the way for a birdbath, in a secret corner of the garden that is surrounded by plants. Hubby wont be able to find it, but bugs and frogs will. PERFECT! I have an illness. 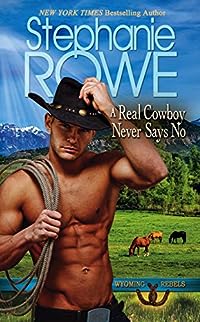 He never intended to marry… but when he meets a single mom-to-be in danger, all his plans change. She’ll do whatever it takes to protect her baby, including marry a cowboy she’s just met.

Confirmed bachelor Chase is too busy with his ranch for love. When a friend calls in a favor, Chase must open his home to a sassy, sexy mom-to-be who needs his protection. But he’s not prepared for the sizzling attraction that threatens the shield around his heart.

Mira is single, pregnant, and on-the-run. When the distractingly handsome cowboy offers her a marriage of convenience, it’s the lifeline she needs. But when she starts to fall for the sworn bachelor, she realizes that her heart might also be in danger.

Can a rugged rancher who doesn’t believe in love fall for a spunky city girl with a baby? 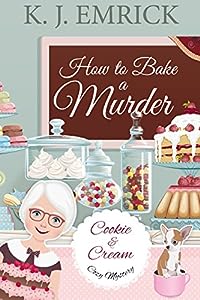 How to Bake a Murder (A Cookie and Cream Cozy Mystery Book 1)
by K.J. Emrick

“I can’t get a pulse. Cookie, call for an ambulance.”

Definitely not the words you want to hear when a man has just collapsed in the middle of your bakery.

A few minutes is all it took for Karen ‘Cookie’ Williams to be thrust into the center of a nightmare. A customer was dead and she was considered a suspect. Her beloved shop was a crime scene.

Things weren’t looking so great for her.

If you add in the strange figure that was lurking around at night, the prominent businessman who was harassing her to sell up and an unhappy granddaughter who was spending the summer with her you had a recipe for disaster.

Can Cookie work out who killed her customer and save her bakery from ruin before she becomes a victim herself? 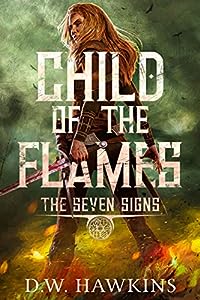 In fire, some things are destroyed. Others are forged.

The men of the Galanian Empire came with the dawn, bringing swords and hunger. Seeking an ancient relic, they slaughtered Shawna Llewan’s family. They burned her life to the ground.

But blades are born of fire and tempered by its embrace.

Shawna Llewan is such a blade. Carrying her mother’s heirloom — the very relic for which her family was killed — she sets out on a quest, driving to the heart of a conspiracy that could plunge the entire world into darkness.

She is wrath. She is a blade pointed at the throats of her enemies. She is the child of the flames.

Child of the Flames is book one of The Seven Signs, the first in a sword and sorcery series full of magic, intrigue, conspiracy, action and mystery. If you’re looking for a new favorite series to devour, look no further than Child of the Flames.

Buy now and start your journey into a dark new world. 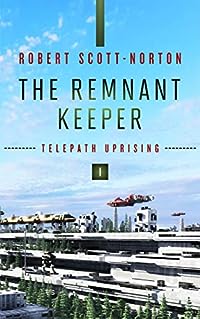 When the dead can testify, their killers resort to desperate measures.

The Remnant Keepers are a loathed group of telepaths, paid to read the last memories of the recently murdered. Jack Winston is one of the best and hates it. Under the scrutiny of the world’s most powerful corporation, Jack is as much a prisoner as those he helps send behind bars.

But when his latest case arrives, Jack’s world shatters as his wife is brutally murdered. Fuelled by vengeance, Jack vows to catch the murderer, but as the bodies pile up, Jack realises he’s made a terrible mistake; he was never the hunter, only the hunted.

The Remnant Keeper is the first book of the Telepath Uprising series — thrilling science-fiction novels that you won’t be able to put down. 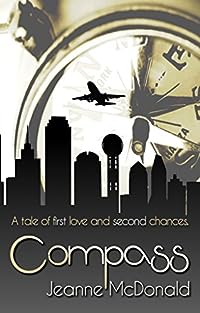 As teenagers, time is infinite and love is made of fairy tales and caramel corn. For Alexis York and Ryan Fisher, their friendship was the cornerstone of who they were. In the wake of a family tragedy, that friendship was torn apart by time and distance. Unrequited love was never reciprocated, and two lives that were once intertwined, now moved on different trajectories.

Fifteen years later, these two friends are given a second chance to correct the mistakes of the past. With one flight, a new home, and a little help from a tiny red compass, Alexis and Ryan are reunited, setting them back on the same course. Together, they find themselves on a journey of rediscovery, friendship, hope, and love.

Yet, when the harsh realities of life threaten to tear them apart for good, will Alexis and Ryan lose all hope of a happily ever after? Or will the childhood promises of forever lead these two hearts through impossible odds and back into each other’s arms?

“You’re my compass. My one true north.”