A Little Bit Of Romance To Warm Your Weekend

This collection by USA Today Bestselling Author Melissa McClone is just what readers are looking for to warm up those beautiful summer evenings. Enjoy! 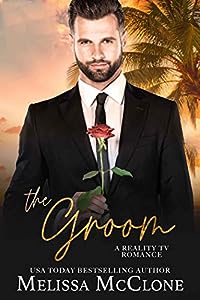 The Groom: A Clean and Wholesome Romance (A Keeper Series Book 1)
by Melissa McClone

The only thing more awkward than falling in love on national television, is having your heart broken in front of millions of viewers.

When public school teacher Millie Kincaid signed up for the popular dating show, The Groom, falling in love was always a possibility. But then Jace proposes to someone else on the season finale, and her hurt and humiliation leave her desperate to escape the glare of Hollywood’s spotlight… until a new reality TV show provides her a shot at money that her school desperately needs. 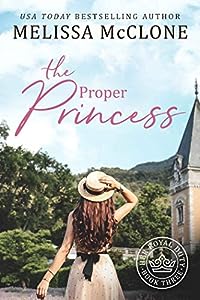 The Proper Princess (Her Royal Duty Book 3)
by Melissa McClone

She’s been a proper princess — but she wants to rebel.

After the death of her fiancé, Princess Madeleine knows a loveless, arranged marriage awaits her. She’s resigned to her fate until she meets her intended husband. Crown Prince Enrique is gorgeous, but he comes on way too strong, says the wrong things, and fumbles with apologies. He’s more court jester than Prince Charming. How can she marry him?

Enrique might be self-centered and lack social skills, but he’s trying to do better — for himself, his country, and his future wife. Despite their royal union being a political necessity, he wants his marriage with the captivating Madeleine to be a love match. He’s willing to do whatever it takes to woo her. How hard can it be to win his princess bride’s heart?

Nearly impossible, he discovers, because Madeleine seems unwilling — or unable — to give him her heart. On their wedding day, instead of exchanging vows, will the royal couple say goodbye? 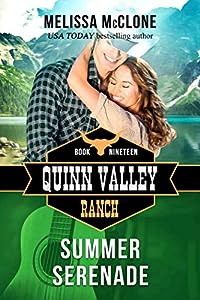 She wanted to be a star — until he crushed her dreams in front of millions.

When Ivy Quinn’s father dies, her dream of moving to Nashville gets put on hold, but she isn’t giving up on a music career. At least not until country superstar Nash Bennett delivers a devastating critique of her audition… on national television. Returning home to her supportive family and a stable job makes the most sense. Who needs a life in the spotlight, anyway?

Lately, stardom hasn’t been easy for Nash. Being labeled a “bad boy” by the press and getting hurt on tour has earned him a one-way ticket to Idaho where he can heal while a PR team repairs his damaged reputation. But when he hears Ivy sing, Nash forgets about lying low. He asks her out only to be rejected — hard — when Ivy tells him to leave her alone.

One impromptu duet, however, is all it takes to forge a connection between them. Nash wants to win her over. But Ivy won’t give in to her feelings, fearing her rekindled dreams of a music career — and Nash — could destroy her. She has no idea what he’s willing to risk for love… and for her. 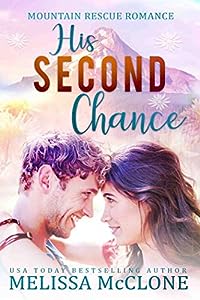 Nothing interests Sarah Purcell more than the volcanoes she studies until she meets Dr. Cullen Gray. Maybe that’s why she marries him two days later. Illogical, yes, but nothing has ever felt so right. As the honeymoon period ends and real life sets in, everything falls apart. A year after their separation, when Sarah is injured, she’s shocked when Cullen shows up to help.

Even though Cullen’s still hurting from their breakup, Sarah has no one else. He brings her to his home in Hood Hamlet to heal. Once she recovers, she can return to her beloved work and he can move on with his life — without her. But soon, sparks fly anew, long-buried emotions resurface, and much needed conversations happen.

Is Sarah and Cullen’s marriage truly over? Or will they get a second chance at romance and a happily ever after?