On Monday the guy in the garden center told me they were getting another shipment of milkweed on Friday, and they most likely would have Monarch caterpillar eggs on them. He said the best time to come would be around noon. I have been waiting all week for it to be Friday, and I am thinking of going at 11am. Maybe I should go at 10:30? Oh gosh. No.. there will not be a rush on milkweed today. Right? Probably not. Maybe 10am. There was another lady asking about milkweed when I was there. Did she hear the guy say they will be in on Friday? I don ‘t think so. If she did, would she have told all her friends about the delivery on Friday? Hmmm… Maybe 9:30? If I don’t go at all, nothing bad will happen. I will live. Maybe 9am. I should go now. 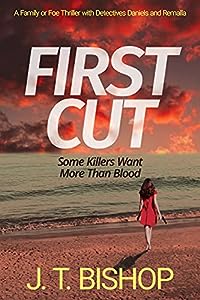 A woman on the edge. A butcher’s taunts. When he invades her psyche, will she become his final victim?
San Diego, California. Jill Jacobs is broken. Devastated after her failure to catch a serial killer resulted in the death of a cop, the former Seattle detective drinks away the pain. But when the elusive murderer goes to work in her new city, she renews her passion to bring him to justice after he leaves a sinister calling card at her door…

Teaming with Detectives Daniels and Remalla to solve the grisly crimes, Jill despises the psychic connection that allows her to experience the horror through the depraved psychopath’s eyes. And as the killer stays one step ahead of their investigation, she fears losing her last shreds of sanity when she realizes he craves having her in his head.

Will Jill’s strange link to a madman plunge her into eternal blackness, or will she find the strength to confront her demons and bring a serial killer to justice?

First Cut is the gripping first book in The Family or Foe crime and mystery series featuring Detectives Daniels and Remalla. If you like a murder mystery with tense twists, snappy banter, and elements of the supernatural, then you’ll love J. T. Bishop’s fast-paced tale. 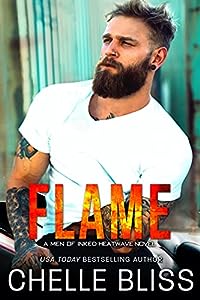 Gigi Gallo’s childhood was filled with the roar of a motorcycle and the hum of a tattoo gun. Her dream has always been to work at her family’s tattoo shop — Inked. But on her first day of work, she runs into someone from her not-so-innocent past.

Pike Moore is a bossy biker with a cocky attitude and an even bigger ego. He came to Inked to start over. New town. New job. New roots. None of that included coming face-to-face with the hot chick who spent a week in his bed before she vanished without a trace.

But when they are forced to work together, feelings they thought had been extinguished come roaring back and ignite a spark neither can stop. 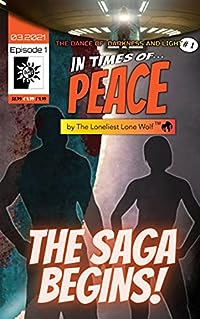 Against the backdrop of an immortal War entering its final chapter…
A girl and a boy from a ravaged Realm start the first chapter of their new lives…
But none could see, what secrets and surprises lurk deep in the darkness of space…

The story begins as an Empire that spreads across an entire star system starts preparing for an inevitable war against an unseen enemy from beyond the realm of the known, an enemy that is determined to destroy everything and at any cost. Leading the defenses of The Empire are The Imperium who have gathered a group youngsters from far and wide to begin their initiation into their ranks before the war begins… and within this group, there are two that stand out… a girl and a boy…

They stand out as they are the first of their people to be allowed a chance to enter the ranks of The Imperium in generations as it was generations ago that their people had lead rebellion against The Empire. This rebellion had failed and as a result their people were pushed into exile, an exile that only came to an abrupt end when this War came calling… but with them now being cautiously welcomed back into the mainstream fold opportunities such as having their representatives being allowed an opportunity to be a part of The Imperium have now become a reality. But even within The Empire there still whispers of discontentment amongst those who continue to feel they should be more careful in extending this welcome…

Against this backdrop, this fast-paced story will introduce you to a diverse cast of authentic characters that come together to bring this world alive!

This is their story. The story of how they try and find a place for themselves in a changing new world as their old world begins to collapse… two lost souls alone in the vast star system trying to help each other find their true paths… just as a great War charges ahead on its path to them!

DESTINIES WILL BE CHANGED… LIVES WILL BE LOST… WHEN THE PAST & PRESENT COLLIDE!

Witness the beginning of the end with… Episode 1…

Most of us know the weight of too much stuff. We can avoid it for a while, but when it’s time to move house or reorganize, we can’t escape facing our clutter.

Your excess stuff can hold you back and make you sick. Having stuff we don’t use or enjoy is a burden, a waste of money, and importantly, it doesn’t spark joy. If your rooms, closets, and surfaces are filled with clutter, all your unneeded possessions can get in the way of a full experience of life as it was meant to be lived.

MINIMALIST LIVING covers not only techniques for decluttering, but how doing so can fill your newfound space with meaningful and creative activities that add joy to your life and support your goals.

You have the power to bring serenity, clarity, creativity, and more joy to your life with minimalist living. This book, now updated for 2020, will show you how.

In MINIMALIST LIVING, you will discover:

• Why you should define your own sense of minimalism

• How to create your “Minimalist Mission Statement”

• How to use the techniques of “blazing” and “gazing” to declutter

• Why decluttering now can lead to a happier, healthier, and more creative life

• How to deal with sentimental items without losing their meaning

If you want to experience the powerful de-stressing and pro-health benefits of minimalism, get this book now.