No Screen For You!

In a few days we are off on our first camping trip of Summer vacation! I need cookies. According to the campsites website, internet is very spotty. My baby bassets will have to finally pull their faces off their screens and enjoy nature. We will be swimming, hiking, biking… pretty much anything that ends in “ing”. Walking, exploring… eating, drinking. Those last two are more for me. Getting away from the house is going to be a huge relief for all of us. I wonder if I really know how to be out in public anymore. Do people still wear pants? No matter, I will be in the same pair of shorts and tank tops the whole trip. I will pack a bunch clothes, but just like at home I will always gravitate to my favorite outfit the whole week. It’s times like that that make me grateful that I am always the one taking pictures and very few are taken of me. HA! I am off to do some packing and last minute pampering of my plants. 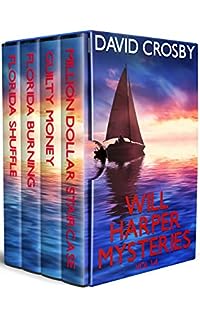 “START THE BOAT!
WE’VE GOTTA GET RID OF THIS BODY”

This enticing Florida mystery series opens with a bang — and never stops — thanks to protagonist Will Harper, a semi-retired reporter and burgeoning sleuth who spends most of his time aboard his live-in yacht in the Florida Keys — when he’s not solving hard-boiled murder mysteries. Nice work if you can get it. And if you can avoid making the kind of enemies — mobsters, local officials, politicians, and industry good ole’ boys among them — who would gladly contribute to your untimely demise.

Will thinks fast when he discovers his girl friend’s the victim of a frame-up. He sees instantly why they can’t go to the cops — the mayor, the city manager, and for all Will knows, every official in town could be in on it.

It’s the latest offensive in a case of municipal bullying that’s busted many a bank account and broken many a heart — something that sounds so boring you could doze off just reading the words: Eminent Domain. But it’s anything but boring when it enters your life as the legal justification for waltzing in and power-grabbing your property– business, buildings, and all.

Will Harper thinks his latest story’s about Florida’s prison problems. It seems that budget cuts have led to police departments turning to creative schemes to raise money. Grove County’s version involves arresting citizens for minor charges and then driving up their bail when a search of the citizen’s home too conveniently turns up drugs.

But the usual guilty money scheme has been improved upon by a corrupt deputy, Deke Snyder, who’s skimming money from the jail. Once Will finds that out, Deputy Deke sics all his buddies on him-which include every cop in town.

A toxic algae bloom in Lake Okeechobee that’s as thick as guacamole. A deadly pollutant from a cane field. And an environmentalist dead in a cane field fire. Coincidence? Florida PI Will Harper knows damn well it’s not.

Seems like Will’s got it made. The semi-retired investigative journalist is living the dream aboard his yacht WanderLust with his new live-in girlfriend Callie, a social worker at a rehab center. And, tired of getting beat up on the job, he’s finally whipping himself into shape. But it’s not all Florida coast sunsets, kayak adventures, sweaty bike races, and steak dinners on the boardwalk.

Callie learns her employer has a history of setting clients up in shady sober homes in exchange for financial kickbacks — and one of those homes has lostthree of its patients to “accidental” overdoses in the past four months.Turns out it’s just the tip of the iceberg.

This mystery anthology is custom-made for Florida mystery connoisseurs, and the cherry on top is Will’s liveaboard trawler, harking straight back to the grand tradition of marina-living PIs like John D. McDonald’s Travis McGee and Randy Wayne White’s Doc Ford. Fans of classics like those and more recent Florida tales by Wayne Stinnett and Dawn McKenna will be thrilled to discover this tempting tropical series — but so will anyone looking for the kind of private investigator who really cares. 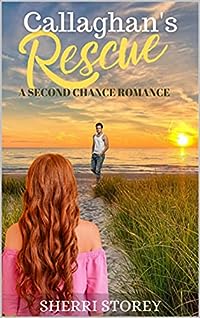 Callaghan’s Rescue: A novel of second chances, forgiveness and paying it forward
by Sherri Storey

When fate has other plans
A single night, one bad decision can alter the course of young lives, as it did for Nash and Calla that fateful evening so long ago.
Now an ‘A-list’ movie star,Nash Logan is living the dream! So why is he so miserable? He has it all — fame, fortune and all the trappings that go with it. Yet he has nothing of true meaning.
Dr. Calla Tierney has always devoted her life to causes, but this latest cause has taken over her life. Working for a medical aid organization in West Africa is a delicate balance of helping others in desperate need while not becoming consumed by it. She once easily walked that fine line, but lately she is slipping.
After 14 years, their two worlds collide once again. Nash is still irresistible and even more handsome. But the past has left Calla tortured and scarred, and one perfect night together changes nothing.
With a wounded ego, Nash follows Calla to the beautiful but devastated Sierra Leone, determined to change her mind. What awaits him is life changing.
Can a second chance at love be found in a country so lost? Or will they both become just as broken as the people they are trying to help?
A novel of forgiveness and paying it forward. Sometimes the best way to find yourself is in helping others. 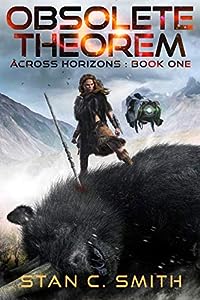 A time jump. A fight for survival. A bond between species.

It wasn’t possible, but then it happened…

A Neanderthal’s 47,000-year-old remains are found in Spain. That’s not unusual, but positioned beside the woman’s skeleton is something that shouldn’t be there — a robotic drone. Lincoln Woodhouse has some explaining to do.

When confronted with the evidence, Lincoln cannot deny that the drone is one of his own models. After all, he routinely jumps his drones into the past to collect environmental data. The problem is, this drone shouldn’t even exist in Lincoln’s universe. Everyone knows sending a drone into the past creates an alternate timeline.

The implications of the discovery are staggering, and Lincoln is ordered to jump back in time to investigate, even though no human has ever done so before. Upon jumping, he and his team find themselves in a world of deadly creatures and savage beings.

Amidst the primeval chaos, Lincoln encounters Skyra, a woman unlike anyone he has ever known. She is a skilled hunter and vicious fighter. She is not human, but she just might hold the key to humanity’s future.

Obsolete Theorem, the first book in the new Across Horizons series, is perfect for readers who love time travel, deadly creatures, wilderness survival, and unforgettable characters. 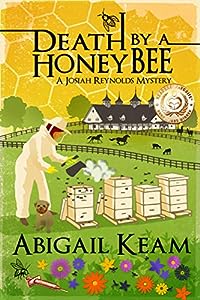 READERS’ FAVORITE – GOLD MEDAL WINNER
Death By A HoneyBee is an enjoyable read which will capture the interest of most die-hard mystery fans!

Josiah Reynolds is a beekeeper trying to stay financially afloat by selling honey at the Farmers’ Market. She finds her world turned upside down when a man is found dead in her beeyard, only to discover the victim is her nemesis.
The police are calling the brutal death murder and Josiah is the number one suspect! Fighting an unknown enemy in the glamorous world of Thoroughbreds, oak-cured bourbon, and antebellum mansions, Josiah struggles to uncover the truth in a land that keeps its secrets well.

Josiah faces the world with sarcastic humor and a number of quirky, oddball friends that can only be found in the Bluegrass town of Lexington, the heart of Kentucky horse country. Some mysteries end with a bang, some are not solved at all and the first one ends with a cliff hanger, but they always entertain in the sassy, humorous, and suspenseful world as Josiah goes about sleuthing. Like Agatha Christie’s Miss Marple, Josiah observes the world about her and solves even the must troubling cases.

Death By A HoneyBee is the first of an episodic series and as such ends in a cliff-hanger which is crucial to the rest of the series. Attached to HoneyBee is a bonus chapter from Death By Drowning which continues our heroine’s story in linear time. I hope you enjoy reading Death By A HoneyBee as much as I have enjoyed writing it. It was a labor of love.

The Josiah Reynolds Mystery Series is just like fried chicken – finger-licking good! Add some sweet tea and a piece of chocolate pecan pie with a scoop of ice-cream and you got yourself some tasty reading. 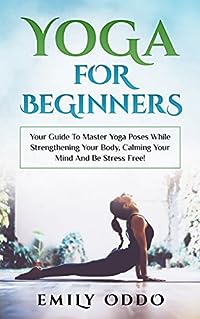 Have you always wanted to learn Yoga but you thought is difficult for you?

Are you ready to improve the quality of your life faster than ever?

Or perhaps you want to be dynamic, develop focus or strength your body?

If the answer to these questions is yes…

… then, you are in the right place!

I think you will agree with me when I say, the world is a pretty crazy place. I mean we all wake up early in the morning, take our breakfast, disappear into our daily responsibilities (which can be work or school), return home, try to get some few hours of sleep and then wake up and repeat everything again.
What are we really doing to ourselves? We have made ourselves so busy that we have lost touch with our inner selves; which is okay except for the fact that, that type of life is affecting our health negatively by piling up stress in your body and mind.
You know what we need, a breather and this guide has the perfect one for you. YOGA!
Yes, you heard me. For a long time now, yoga has been known to work wonders on the body and mind. Basically, it helps you get in touch with your inner self in a process that releases stress from your body, calms your mind and boosts your strength. After a session of yoga, you glow and feel light. Now, who wouldn’t want that?
This guide will introduce you to this magical method known as yoga. By reading it, you will get to know the history of yoga, the benefits of yoga, what to expect from yoga classes and what you need to start practicing it. You will also learn some yoga postures and routines that you can do to free your mind from stress while strengthening your body.
Are you ready to learn how to channel your inner yogi?