The New Realm Online Series by Robyn Wideman is the story of three unlikely heroes making their way towards a shared destiny. The series contains the classic LITRPG elements of leveling, dungeons, terrifying killer bunnies, crafting, and an AI with attitude. Enjoy! 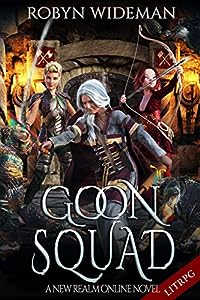 A girl imprisoned, a granny bent on destroying anyone who gets her way, and a boy willing to die as many times as it takes to get what he wants.
The world of New Realm Online is a gritty and rich gaming world, but it isn’t for the faint of heart.
When a boy is traumatized and attacked by bullies his ‘therapy’ includes getting thrown into one of the most challenging and bloody Virtual Reality Games on the market. Where learning to fight isn’t a choice, it is a necessity.

When a girl is tricked into servitude by a guild, she doesn’t run, she doesn’t hide, she finds a way to grow stronger.

When a guild messes with the wrong girl things can get ugly fast. You don’t mess with John Wick’s dog, and you never mess with Granny’s little girl. 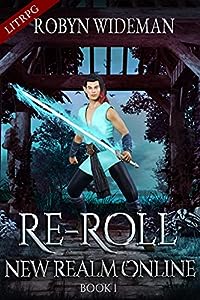 Ryan Rosa has had a run of bad luck, but when he receives a VIP package for the newest and hottest game to come out in years his luck takes a turn for the better.
But his good luck ends when he’s stabbed in the back by a guild of players who betray him for a unique weapon he possesses. Ryan contemplates doing the one thing every player hates doing, re-rolling his unique character and starting over. But even starting over won’t save Ryan in New Realm Online. He’ll have to work smarter to avoid using his last re-roll.