I have just sunk to a whole new level of crazy. My oldest baby basset just caught me giving one of my plants a shower. I was literally bathing and scrubbing it clean. To be fair it was full of aphids, but I was also talking to it in baby talk and calling it cute names. I hate myself.

No One To Trust (Rockford Security Mystery Series Book 5)
by L. A. Dobbs

Running made him look guilty.
A manipulative killer will do anything to keep it that way.

A brutal murder pits an innocent man against a killer in a manipulative game of cat and mouse that ends in a shocking twist.

Freedom tastes sweet to Chase Evans, especially after serving a five-year jail sentence for a crime he didn’t commit. Aided by a new security job from his old Buddy Blake Rockford, he vows to stay out of trouble and get his life back on track… until he ends up accused of killing the very man he was assigned to protect on his first day on the job.

With the deck stacked against him and all the evidence pointing in his direction, Chase is desperate to find the real killer. Help comes in the form of a surprising ally, Shelby Bryant, the daughter of the victim himself. But is she really trying to help, or is she part of the plan to frame him?

As the investigation follows a twisty trail, Chase’s bond with Shelby strengthens. Now he has a lot more to lose than just his freedom. But when the shocking truth is finally revealed, Chase is forced to make an unthinkable sacrifice.

NOTE: This book was previously published with the same title under my pen name Lee Anne Jones. 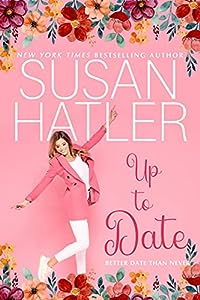 Ginger knows that practical choices guarantee a stable life, which is why she chose a career as an office manager. Her job provides a steady paycheck, but it also has her snoozing at her desk. She wishes she’d pursued her passion for interior decorating rather than business.

Ginger believes donating her decorating services to her friend’s charity auction is the perfect fix for both her problems. She’ll get a break from the daily grind, get her creative juices flowing, and stay so busy she’ll finally forget about Greg.

But then Greg ends up buying the condo right above her. Even worse, he deliberately wins the bid on her auction item. Greg seems determined to prove to Ginger that practicality has nothing on passion. And as Ginger brings beauty into Greg’s world, how can she possibly resist the beauty he brings to hers? 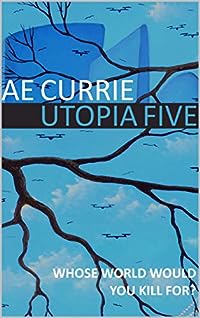 My name is Lee and I was born on the 8th January 2025 – the day the Panopticon was turned on.

In 2053, Earth is a changed place. City states make their own laws and we’re all watched over by the ever present drones.

I reckon the new Earth is a utopia. We’re still alive aren’t we? What more do people want? It’s been more than a decade since the Hot Summer. I remember when none of us thought we’d make it this long.

Not everyone agrees our lives are better under the Panopticon. Someone is trying to bring down the present order and return everything to how it was. It’s up to me to stop them.

Before it’s too late.

Utopia Five is a gripping science fiction thriller set in a high-surveillance future. It is both a standalone action novel and the first in a new series: the Panopticon. 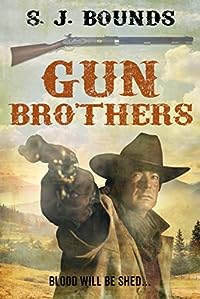 Ben Stark and Vince Peters are gunfighters by trade.

Nothing could separate them.

Until they arrive in the small cow-town of Trail’s End and Stark falls for the reverend’s daughter, Rachael Owens.

With their paths beginning to split, Stark finds himself elected marshal of the town – while Peters turns down the role of deputy, choosing to ride on alone with a bitter chip on his shoulder.

Campaigning to secure peace in Trail’s End, Stark orders all guns to be laid down.

It takes a while, but he begins to gain the respect and even a little admiration from the local cow-hands.

With the exception of one man.

Jerry Waldo is the self-styled boss of Trail’s End and Stark’s rival for Rachael’s affections. He makes it his sole adjective to run Stark out of town – by any means possible.

Hurt by the betrayal of his only friend, Peters has become an outlaw and mean killer.

And when Stark and Peters finally meet in a brutal showdown, it’s not as Gun Brothers – but as outlaw and lawman.

The Easy Banana Cookbook is a cookbook for fruit lovers. This is not a one dimensional fruit cookbook. This cookbook is multi-dimensional. You will find over 50 delicious recipes spread throughout one rich cookbook. Where each recipe is a deep exploration into a particular style of cooking with Bananas. You will learn different and unique ways of cooking with Banana i.e. dessert stuffed bananas, spring rolls, parfaits, bread, and much much more.

This cookbook presents an innovative style of cooking that is unmatched. If you are interested in learning unique ways of cooking with Bananas then these recipes will appease your heart.

Here is a preview of the diverse meals you can create with Bananas as an ingredient:

• Marshmallows and Bananas with Chocolate