Many people set goals for themselves in the hopes of making them a happier, healthier and all around better person. Things like spend more time with their family, jog for longer distances, or eat healthier. What’s my goal? What have I been doing to work towards being a better person? Every night I see how long I can stand at the side of my my bed, after I turn off the lights, and not get scared that a creature under my bed is about to grab my leg. I am a grown woman who is still scared of the monster under my bed grabbing my leg. On the flip-side, I appreciate the monster under my bed because he could also attack the boogie man if he tries to get near me while I am sleeping. Convenient, right? So far I able able to stand by the bed for about two seconds before I jump in creeped out.  This, by the way, was not what I thought I would be like as an adult. 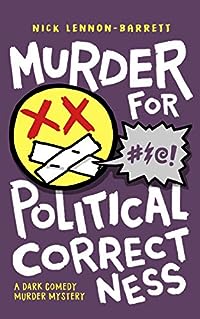 Not for the politically correct!

DCI Fenton must track down a serial killer and avert moral panic before The Queen is forced to utter the words ‘death penalty’ in her speech.

Three victims, all from minority groups, are found murdered in a London hotel, after attending an ’embracing diversity’ conference. They are all employees of a training company who want to make the world a better place through whiteboards and jazz hands. Is there a serial killer on the loose? Or is the killer someone closer to home?

The murders receive widespread media attention, fuelled by a journalist who has a personal vendetta against Fenton and will do anything for fame. With a power crazed opposition leader and a government on the brink of collapse, the murders reignite the political debate on capital punishment. Just who are the Far Right Extremist Enigma, and why does a political leader want to murder a Reality TV star who can’t stop eating cake?

Do you ever think the world is getting too politically correct? Do you find yourself laughing at something, only to be met with a judgemental furrowed brow? Then this dark comedy whodunit is for you.

Buy the first book in the DCI Fenton trilogy now. 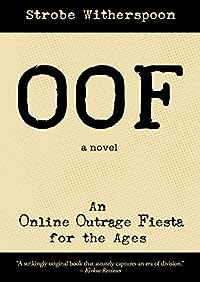 OOF: An Online Outrage Fiesta for the Ages
by Strobe Witherspoon

“Strikingly original… an innovative literary experiment that supplies a thoughtful commentary on the ‘discourse virus’ of our age… Witherspoon tackles a broad spectrum of media, including comically scathing excerpts from tweets, podcasts, blogs, and even academic journals and also keenly exposes the ways in which Strobe, the character, is implicated in his own online assault, due to his obsessive attachment to public life.” – Kirkus Reviews

OOF explores the role of satire in a society lurching from one ridiculous crisis to the next, where media outlets rely on clicks to stay alive and everything is filtered through a lens of anger and misinformation.

————
Strobe Witherspoon just sold his latest satirical novel for a lot of money. The book in question, FLOTUS: A Memoir, is a fictitious autobiography about a former first lady of the United States reflecting on years of misery at the hands of her much older POTUS husband. When a chapter is leaked in advance of the book’s publication, an Online Outrage Fiesta (OOF) ensues via news outlets, blogs, Twitter, troll farms, and everything in between. Witherspoon has his life placed under a microscope. Family secrets are exposed. Now, an anthology has been put together to document Witherspoon’s downfall — and settle the score.
————

“an impressive achievement of unflinching honesty from a noteworthy talent, as resonant and relevant as it is entertaining… OOF tugs at the threads that connect American cynicism with radical extremism and weaves a character-rich tapestry of insight… Each voice, whether of a New Yorker journalist or an Internet influencer, is rendered with uncanny fidelity. Perhaps most masterful is that key events are not depicted but merely alluded to, allowing the text to provide an elegant framework for a more personal story painted almost invisibly in the negative space.”- BlueInk Review

What do you get when you mix a pixie sized redhead, an NHL player, and beautiful Hawaii?
A breach of contract…
Having grown up in a hockey family, Caleb Prescott knows better than most the ins and outs of a season. If there’s one thing he has vowed to stick by, it’s that he’s there to play the game, not be the face gracing media.

Sydney Meadows is finishing up her degree and decides to intern with a casting company. Fun, right? Until she’s given an impossible task — get a well known hockey player, who has very little media presence, to agree to star on a dating show.

What starts as a challenge, quickly turns difficult in other ways…
Interference now includes Beauty, Caleb and Sydney’s wedding novella!

All books in the Prescott Family series can be read as standalone titles. 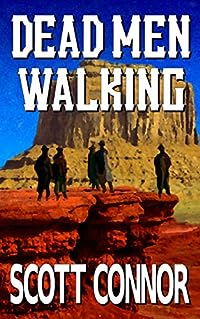 When Corrigan O’Kelley joined Merrick Walsh’s outlaw gang he enjoyed years of success until their raid on a railroad office started a feud with a rival outlaw.

A showdown with Wyndham Reed failed to resolve the feud and worse, an old friend of Corrigan’s was gunned down. As the outlaws fled from the law Corrigan vowed to avenge the death, but none of them realized that they faced a much greater threat. They had incurred the wrath of railroad man Stanmore Hamilton and now they all had a price on their heads.

With Stanmore and his ruthless hired guns getting ever closer can this mismatched bunch of adversaries find a way to put aside their animosity and unite against their common enemy? 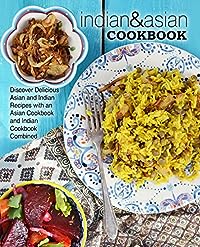 Get your copy of the best and most unique Indian & Asian recipes from BookSumo Press!

In this book we focus on Indian & Asian cooking. Indian & Asian Cookbook is a complete set of simple but very unique Indian & Asian recipes. You will find that even though the recipes are simple, the tastes are quite amazing.

Here is a Preview of the Indian & Asian Recipes You Will Learn: