My sick day is carrying on as expected. I got the laundry folded, kitchen cleaned, and I even released two more Monarch butterflies that emerged from their chrysalis yesterday. I don’t think I understand what sick days are. Hmm 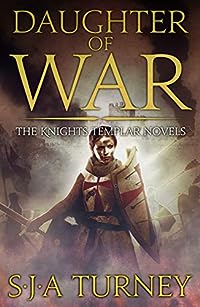 An extraordinary story of the Knights Templar.
Europe is aflame. On the Iberian Peninsula the wars of the Reconquista rage across Aragon and Castile. Once again, the Moors are gaining the upper hand. Christendom is divided.

Amidst the chaos is a young knight: Arnau of Vallbona. After his Lord is killed in an act of treachery, Arnau pledges to look after his daughter, whose life is now at risk. But in protecting her Arnau will face terrible challenges, and enter a world of Templars, steely knights and visceral combat he could never have imagined.
She in turn will find a new destiny with the Knights as a daughter of war… Can she survive? And can Arnau find his destiny? 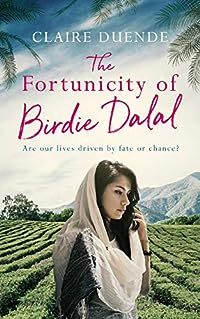 The Fortunicity of Birdie Dalal: A poignant, heart-warming novel
by Claire Duende

A beguiling street boy in a Kampala market. An innocent victim reaching out in despair. What do they mean to Birdie and how can she help when her own life is being torn down around her?

When Birdie and her family are thrown out of Uganda by the tyrant Idi Amin they lose everything. London seems cold and inhospitable. The future looks bleak.

But then an unexpected invitation to a weekend in the country arrives from Jack’s old Cambridge University friends and life starts to look up. Birdie resolves to succeed in her new life – until a disturbing incident brings back echoes from Amin’s reign of terror and Birdie needs to make choices.

A poignant tale following Birdie’s journey from her comfortable life in 1970s Uganda to a new beginning in England, and the lessons she learns about kindness and hope along the way. 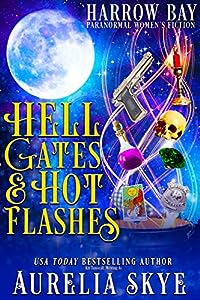 Welcome to the place where things that go bump in the night deliver your milk in the mornings, community is important to human and creature alike, and all Hell occasionally breaks loose.
When Jody Shaw is hired to be the new sheriff of Harrow Bay, a small coastal community, she’s excited to rise through the ranks and try something new. At forty-three, her career is everything that matters to her, besides her mother and grandmother, who move with her.

It doesn’t take long for Jody to learn Harrow Bay is unusual. It’s home to all sorts of supernatural creatures, and there’s a Hell gate right at the center of town. Seriously, who thought it was a good idea to build an entire town around a Hell gate?

As Willa, Jody’s mom, tries to figure out who she is now that she’s widowed, and Gram decides to wage war on the tyrant queen of the Senior Center, Jody realizes she’s not quite prepared for her new job when an escapee of Hell comes to Harrow Bay, with a handsome half-demon bounty hunter after him. Drake is clearly large (very large) and in charge, but he’s an insufferable jerk. The sooner she can end their collaboration, the better. Right?

This is paranormal women’s fiction featuring a main heroine in her 40s, along with her mother and grandmother. There will be some slow burn romance, along with the occasional cursing and violence, and some sexual tension.

Scotland is under the heel of a brutal English conqueror. James Douglas, a dispossessed young nobleman, is tied to the conquered land by birth and blood — but questions who can fight for their suffering kingdom. But battle is his destiny, and when Robert the Bruce takes the crown, James throws his lot in with the man he believes can lead the fight against English tyranny.

But disaster follows. The Bruce is soon a fugitive. Scottish resistance crushed. The woman James loves is captured and imprisoned. Yet James believes their cause is not lost. With driving determination, he blazes a path in blood and violence, in cunning and ruthlessness as he wages a guerrilla war to restore Scotland’s freedom.

A Kingdom’s Cost is a gripping adventure that gives breathtaking life to the most important era of Scotland’s history. 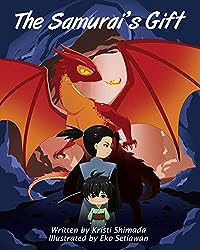 A book on healing for children. Yoshi’s illness transports him into another world, where he journeys with his favorite Samurai and encounters a dragon.