The DCI Danny Flint series by Trevor Negus are chilling and utterly compelling novels that grab your attention from the very beginning. Captivating and thoroughly original, readers will not want to miss out on this great series. 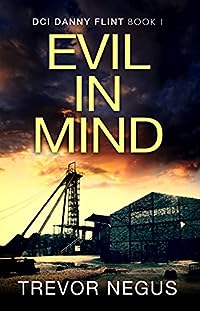 When DI Danny Flint is asked to look into a fatal accident at a coal mine, he finds himself investigating the biggest case of his career.

Because Flint soon realises this was no accident, it was cold-blooded murder. And he fears the perpetrator will kill again.

But the truth is even more terrifying. Two evil psychopaths have teamed up, and now they carefully select their female victims as they embark on a horrific killing spree..

Flint is desperate to find the mystery killers before they strike again and so begins a deadly game of cat and mouse all set against the backdrop of a bitter miners’ strike.

Then, as he slowly closes in on the evil pair, Danny discovers that someone he cares about is in terrible danger…

Please note this book was first published as The Coal Killers 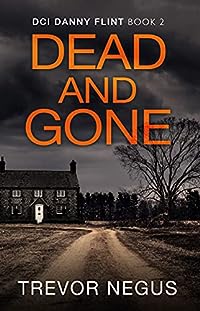 Once they were the predators. Now they are the prey.

Nottinghamshire, 1986. Two bodies are discovered at different ends of the county. Both victims are men, and both have been tortured and mutilated.

The murders have clearly been committed by the same person – at both scenes, the walls are daubed with an identical series of letters and numbers, painted in the victim’s own blood.

As the body count rises, Flint and his team understand they are up against a predator who will strike again and again.

But it’s only when they decipher the sinister code left at the murder scenes that they realise they are in a race against time. And if they lose, the final victim will be one of their own…

Please note this book was first published as The Exodus Murders 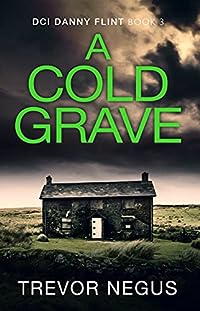 When the body of a young boy is discovered at a secluded beauty spot in Nottinghamshire, the post-mortem reveals he had been sexually assaulted and then suffocated.

Chief Inspector Danny Flint and his team are determined to find the perpetrator of this horrific crime and their investigation leads them into a murky world of child exploitation at Children’s Homes across the county.

But then, in the middle of this major case, a thunderbolt – Danny’s old enemy, terrifying psychopath Jimmy Wade, has escaped from a secure mental hospital. He’s out for revenge and only Flint and his team can stop him.

The two separate investigations set Danny and his team their toughest test yet, stretching them to the very limits.

Can they find Wade before he kills again? And can they get justice for the innocent boy found buried in a cold grave? 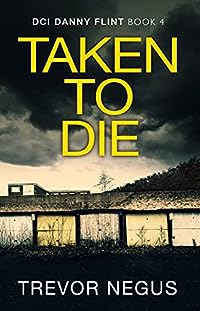 There are thousands of schoolgirls in the city. But she’s the one he wants.

Her parents put intense pressure on the police to find her and the job lands on the desk of DCI Danny Flint and his team at MCIU.

Danny begins to investigate and soon discovers that the Whitchurches are not the perfect family they pretend to be. They all have dark secrets – even Emily.

As he tries to cut through a web of lies and get to the truth, a sinister ransom note arrives and Danny realises they are in a race against time.

With the team working flat out to crack the case, Danny finally understands that this is no ordinary kidnapping, that Emily has been taken to die…