Never Too Old To be A Rebel

My oldest son doesn’t want the my sweet pups Junebug and Casper in his room while he is at school. He shuts the door to his room every morning before he leaves for school.  Every morning hubby opens the door for the pups so they can enjoy his beanbag chair while laying in the warm sunshine that comes in through the window. I have to laugh because I always feel like hubby and I are rebelling against my oldest. Hahah.. man we are old. 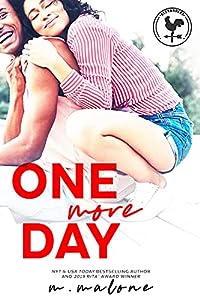 One More Day (The Alexanders Book 1)
by M. Malone

Wanted: Nanny to help an overworked single-dad with two adorable but energetic boys.

Jackson is in way over his head raising two boys after the death of his wife. He needs his sanity and his kids need a nanny who can keep up with their tricks.

The perfect solution, his next door neighbor who is in need of a change for the summer. Ridley is fun and playful and the kids love her. Good reason for him to ignore how much he’s starting to love coming home to her each night.

His temporary nanny just might be his forever love.

But the perfect girl next door is hiding one huge secret.

A heartwarming novel about family, friendship and finding your place from RITA® Award winner, M. MALONE. The first book in a USA Today bestselling series. Over 100,000+ copies sold! 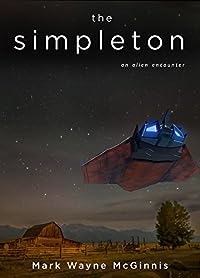 The Simpleton
by Mark Wayne McGinnis

First Contact: Assess humans with the flawed, rudimentary, mind… Unbeknownst to simpleton Cuddy Perkins, his dependable, uneventful, life was about to be turned completely upside down. It’s a moonless summer night when a severely damaged intergalactic spacecraft enters Earth’s upper orbit. The alien pilot is desperate. Needs to hold up long enough to make repairs — before his pursuers find him. Cuddy Perkins lives a simple life with his mother, his dog Rufus, and a scattering of farm animals that still inhabit their old, dilapidated, Woodbury Tennessee ranch. He was used to the insults; retard… simpleton… village idiot. Momma says to just ignore them… people can be heartless. But Cuddy already knew he had been different, ever since the accident back when he was seven. He didn’t know how long ago that was, exactly, but he did know he was pretty big now — taller than his older brother, Kyle… who was in prison, and the Woodbury Sherriff — the man who put him there. 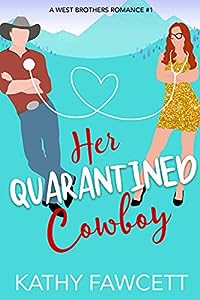 Her too-small dress and his too-big truck clash from the start.

As far as Doctor Kat Tate is concerned, calling Gunnar West an arrogant caveman is an insult to Neanderthals. New in town, she was looking forward to a night off and maybe a little romance. But her date’s giant truck and cowboy ways are a little too much local flavor. Gunnar’s family owns most of West Gorge, but no one owns his heart. All he can see when he picks Kat up is a too-tight dress, and a blinking sign above her head that reads “not the mother of my children.”Their blind date is a disaster, and both are happy when it’s cut short. Then a quick spreading virus forces Kat to lock down the hospital–with Gunnar inside. He hates being stuck anywhere, with anyone. But Dr. Kat is the new sheriff in town, and she won’t let him bend the rules in her hospital.Forced to work together, anger turns to admiration — which turns to romance. But can it last when the quarantine is over?

Funny and heartwarming, whether you’re looking for an enemies to lovers small town romance, or your next sweet romcom. 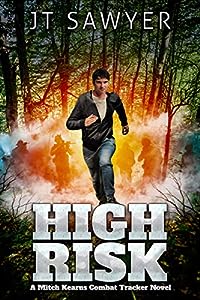 A high-value target has been captured and is being held in a Belarus prison where he awaits execution. Mitch’s objective is clear: snatch the inmate and evade on foot through the forest to the Polish border then flee the country with Dev’s assistance. What could go wrong? Except when the prisoner is an international arms dealer wanted by three different governments and a list of rogue terrorists, their escape turns into a high-stakes pursuit. With a traitor in their midst, Mitch must use all of his counter-tracking skills to survive.

High-Risk is the eighth volume in the explosive, Mitch Kearns Combat Tracker Series by JT Sawyer.

If you’re a fan of Bond, Patterson, or Bourne, you’ll be swept up in this adrenaline-soaked approach to storytelling. 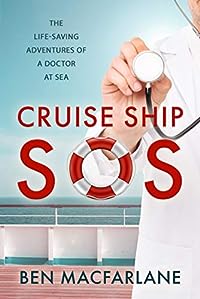 Cruise Ship SOS: The life-saving adventures of a doctor at sea
by Dr Ben MacFarlane

What happens to patients when it all goes wrong at sea?Say hello to Dr Ben MacFarlane. After spending a year as a repatriation doctor, he’s now sailing off around the world as a ship’s doctor – and with 3,000 passengers and crew to look after he’s in for the most exciting trip of his life. So join Ben and his colleagues and find out why ship’s doctors think bar stools should carry health warnings, why the casino can be safer than the sick bay in a storm and why no amount of sharks, pirates or tidal waves will ever be as dangerous as the midnight buffet.With all the drama and excitement of popular medical dramas like Holby City and Casualty, these incredible true stories are told with warmth and humour.Ben MacFarlane graduated in medicine from Imperial College, London in 1998 and started carrying out medical repatriations in the spring of 2001. He then spent a year working on the cruise ship circuit and now works full time in a West London teaching hospital.