Does That Mean I Am A Pirate??

I have a new hobby. I do not need a new hobby because I am already busy as all hecka doodle, but gosh forbid I sit still for a few minutes.  My new hobby is treasure hunting. I love going to garage sales, thrift stores, and scrolling through Facebook Marketplace looking for cool and unique items. There are just so many neat things out there to be found. I was on a mission to become more of a minimalist, and had gotten rid of a lot of things I felt didn’t bring me joy (as some would say). Unfortunately I was left with rooms that were dull and empty. That didn’t bring me joy either. That’s when my treasure hunting really started taking over. I have accumulated a lot of sweet little items that I remember from my childhood, or are just cool and unusual and you just can’t find in stores. I have been having a lot of fun treasure hunting. Unfortunately now I have a lot of little treasures that I will have to sell, so I can go out treasure hunting again. What a crazy circle to run around, but it’s a lot of fun what you can find for just a few dollars. 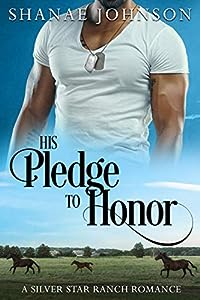 His Pledge to Honor: a Sweet Marriage of Convenience Romance (The Silver Star Ranch Book 1)
by Shanae Johnson

Scout Silver can rehabilitate the most wounded of horses. But when an injured soldier shows up at her ranch, will she follow his lead down a trail of love??

Though she’s the daughter of a general, Scout Silver is used to giving orders, not taking them. That’s why horses thrive on the rehabilitation ranch she runs with her half-sisters. Over the years, her absentee father’s many divorces created a patchwork family, held together by their love of the ranch. But his last will is an order that threatens to rip their lives apart.

As the leader of an elite group of soldiers run by the brilliant tactician General Abraham Silver, Lincoln Rawlings has set out on his final mission — to fulfill the dying wish of his commander by ensuring that the general’s six daughters are taken care of. When Linc arrives on the Silver Star Ranch, he learns that what the Silver sisters need are husbands, else they’ll lose their beloved business. Instead of doing an immediate about-face, Linc’s heart stands at attention under the assessing gaze of Scout, the eldest Silver.

Unwilling to let her father once again interfere in her life, even from the grave, Scout has no plans to give in to the general’s demands. But when she meets the handsome and accommodating Linc, she has a hard time reigning in her heart.

Letting down the general is not an option, but Linc is hiding a secret from Scout. And if she learns of the deep wounds he bears, he might lose everything — the ranch, his honor, and the woman he’s falling for.

Find out if love can truly heal all wounds in this light-hearted, sweet romance of convenient arrangements that unfold into lasting love. His Pledge to Honor is the first in a series of marriage of convenience tales featuring Wounded Warriors who are healed with the power of love. 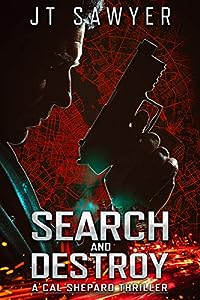 The CIA created him. Treachery unleashed him.

Cal Shepard was trained by the government to be a hunter of other assassins. He’s the tip of the spear in the war on terror and a master of tradecraft after 16 years in black-ops.

When he’s assigned to be a consultant for the Burke Corporation, a US defense firm creating a software-targeting database of terrorist threats, he thinks his time in the field is over. As an expectant father and with a battle-torn body, he’s more than ready to settle down for a while in the quiet suburbs outside of DC. Days before the database is supposed to go live, he is framed for murder and becomes the target of a nationwide manhunt.

But he’s not about to disappear… not without exacting revenge. With an FBI task force on his trail and a group of hired guns needing to take him down before he can uncover the truth, Shepard realizes that the network of corruption extends to the upper echelons of the government.

Applying his well-honed skills from years of search & destroy missions, Shepard takes the fight to the enemy, methodically hunting down those responsible and dispensing his own brand of justice.

When a mad scientist swipes her chatty pet, she’ll claw her way through any danger to get her back…

Cat Johnson just wants a quiet life. Living paycheck to paycheck, the soft-spoken game-store clerk prefers to spend her nights home alone in the company of her sassy, talking kitty, Maori. But when a beautiful woman lures her out on a date, she’s devastated to discover it was a ruse to abduct her beloved feline friend.

Forcing the duplicitous dame to show her where Maori was taken, Cat races to a secret research lab to rescue her bestie. But she’s horrified when her snarky pal has been transformed into a giant killing machine.

Can Cat free Maori from a terrifying fate?

A world of magic and adventure awaits…

Sent to live with her strict, aloof, and uncaring uncle after her parents are killed in a car accident, twelve-year-old orphan Alyssa McCarthy longs for the life she used to have — one filled with fun and love. Then one stormy night, a message appears in the raindrops on the window that will change everything.

“Your life will never be the same again, as magic will interfere.”

Before long, Alyssa is kidnapped by Master Beau, a banished sorcerer with a mysterious connection to her who can only regain his power by weakening hers. Suddenly hurled into a world of wizardry filled with fantastical beasts and marvelous technology beyond her wildest imagination, Alyssa must defeat Master Beau if she ever wants to get home again. But Master Beau will stop at nothing, including using Alyssa’s friends, to ensure he is triumphant.

Originally titled “From Frights to Flaws”, this story is the exciting and enchanting first book in the “Magical Missions” series. 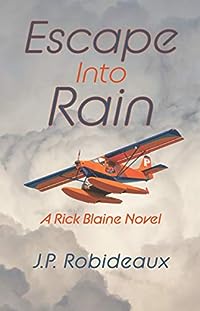 Escape Into Rain: A Rick Blaine Novel
by J.P. Robideaux

After years of running a successful company in Silicon Valley, Rick Blaine is trying to get his head on straight. He escapes to North Idaho for vacation, returns to Santa Monica to clear his mind, and even finds himself in a budding romance with an interested woman, Libby. But Libby might be too interested in Rick, and for all the wrong reasons…

When Libby tries to use their relationship to blackmail Rick, he finds himself on the run: from law enforcement and from Libby’s seedy associates, keen on putting an end to Rick and his company. Rick will need the help of his friends, family, and company to flee by Porsche, truck, and plane.

Like Elmore Leonard before him, J.P. Robideaux’s high-adrenaline novel pulses with energy. Until the thrilling end, Escape Into Rain will have readers asking, “What can Rick Blaine do to escape?”