Wealthy American expat lawyer Glenn Murray cohen thought his life in Bangkok would be easy and stress-free. Then the CIA came calling, and in the course of these three novels, Glenn and his eclectic friends from the mysterious NJA Club battle Russian gangsters, North Korean hitmen, spies, and strange people tailing an American scientists in Bangkok to investigate rumors of a deadly virus in China. Take a wild ride through Bangkok’s seamy underside, filled with intrigue and danger. The books are stand-alone novels, but it is recommended to start with Bangkok Shadows. 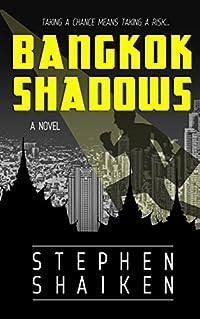 In Bangkok, everyone gets the chance to start over. Few questions are asked.When American criminal defense lawyer Glenn Murray Cohen took a bundle of cash from a murdered client and moved to Thailand and a new life, he thought his troubles were over forever. For seven years, Glenn enjoys the life of a wealthy expat, forms friendships and seeks love, spending much of his time at the mysterious NJA Club where he pursues the beautiful Noi. This pleasant life is turned upside down when American agents come calling, pressuring him to kidnap a Russian gangster, a dangerous task for which he is woefully unprepared. Glenn is drawn him into an underbelly of corruption, criminal activity and international intrigue hidden in the shadows of Bangkok. Glenn recruits his close friends from the NJA Club to help him, all of whom reveal useful talents previously unknown to Glenn. Sleepy Joe looks like an aging hippie, but he is full of surprises. The gregarious Oliver can find out anything for the right price. Rhode Island Joe comes across as an oaf until you get to know him. Glenn is never quite certain if a wily retired Thai general on his side, but has no choice but to trust him.Bangkok is a constant presence, creating a mood that is both exotic and noir. This novel shows you the Big Mango as it is rarely seen by foreigners. 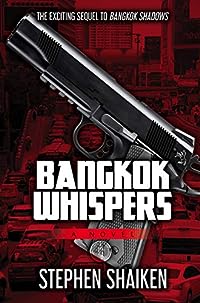 Some people just can’t avoid danger. Lately, American expat lawyer Glenn Murray Cohen has been one of them. A year ago, Glenn and his close friends from Bangkok’s mysterious NJA Club were drawn into a CIA plot to kidnap a Russian gangster. They succeeded and survived, thinking life was back to normal. When a sleazy grifter from Glenn’s past appears in Bangkok, Glenn and the NJA gang are dragged back into a dangerous world, this one filled with drug dealers, spies, and North Korean hitmen. Follow Glenn and his colorful friends as they face bullets, deceit, and love. Suspense with a touch of humor will keep you turning the pages of this latest exotic noir thriller by a master of the genre. 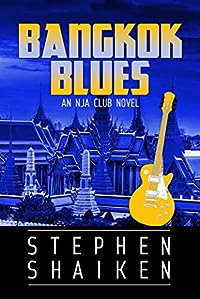 Wealthy American expat Glenn Murray Cohen, a former criminal defense lawyer, is celebrating his birthday in Bangkok for the thirteenth year in a row. It’s been four years since his last tangle with danger, when he and his NJA Club friends battled North Koreans and an American traitor. Since then, Glenn’s been stuck in a rut, managing the career of Phil Funston, Bangkok’s most talented guitarist and most obnoxious foreign resident. Glenn’s sense of honor won’t let him abandon Phil until he finds a replacement. His enigmatic friend, the General, offers to find one if Glenn will represent him on a business deal, and Glenn reluctantly accepts. When the buyers turn out to be thugs pursuing an American scientist investigating a mysterious virus from China, Glenn and the NJA gang are again drawn into a web of intrigue and danger. Another exotic thriller from a master of the genre.