I should have named the two lizards in the front yard Romeo and Juliet, instead of Liz and Ardy. Those two spend all their days holding hands, dancing, and gazing lovingly into each others eyes. All this action is happening right outside my oldest baby basset’s window. I try to keep the blinds shut during the more steamy moments. DUDE! GET A ROOM! I guess technically the rock they hang out on is their room. I am certain there will be quite a few baby lizards this Summer running around the front yard. Let’s see how romantic they are then. HA! 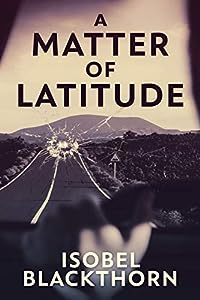 From the acclaimed author of The Drago Tree comes a riveting thriller about survival, revenge and long-hidden secrets.

When Lanzarote anti-corruption activist Celestino is T-boned on a lonely road, he knows the collision was no accident. Wounded and fearing for his life, he hides in an abandoned fishing village, waiting for a chance to make it home.

Meanwhile, his wife Paula is distraught and sets out to look for him. Paula’s search for her husband quickly descends into mayhem, danger and intrigue. Before long, she realizes she’s being followed. She needs answers, and fast.

But where is Celestino, and will he ever make it back alive? 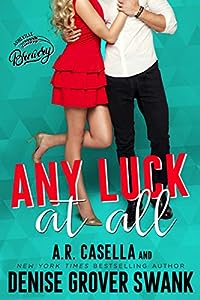 She might be wishing for the wrong kind of luck.

Georgie Buchanan doesn’t know the first thing about running a brewery — she doesn’t even like beer — so she’s out of her element when she and her siblings inherit their grandfather’s money pit. Her one hope for success lies with River Reeves, the handsome brewmaster who learned at her grandfather’s feet… if she can avoid falling for him.

River Reeves is having a rough week. Not only did he lose his friend and mentor, Beau Buchanan, but he’s just been betrayed by his former best friend and business partner. Still, things seem to improve when Georgie offers him his dream job — turning around Buchanan Brewery.

Great right? There’s one problem: his new boss is his dream woman, and she’s not the type to mix business and pleasure. 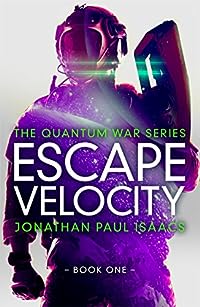 A remote colony.
A mysterious threat.
One man is all that stands between destruction and salvation.

In 2271, space is anything but empty. Exoplanet settlements drive a constant demand for new colonists and unending trade. But the dangers of interstellar expansion are many.

With responsibility for everything from pirates to broken spacecraft, Lieutenant Wyatt Wills doesn’t understand his latest orders: perform a covert reconnaissance mission to Juliet, home to twenty million people and humanity’s largest presence beyond Earth. All contact has been lost from the other side of the quantum gate. And what few rumors make it through smack of government conspiracies and an uncontrolled pandemic. Some even mention an alien invasion.

It will be up to Wyatt and a hastily-assembled team of replacements to go to Juliet and uncover the truth.

Once there, they may not make it back alive. 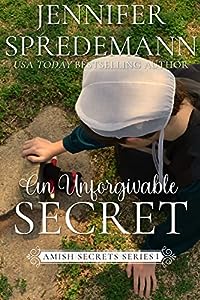 From USA Today bestselling author Jennifer Spredemann comes an Amish fiction series like no other!

Keeping her darkest secret could cost her everything.

Hannah Stolzfus has everything she could possibly want – a beautiful home, a loving husband, and a wonderful Amish community. All she needs now is a beautiful boppli to complete her perfect family.

When tragedy strikes, Hannah doesn’t count on the secrets of her past coming to light and jeopardizing everything she’s ever loved. With profound feelings of guilt, condemnation, and betrayal, she attempts to continue on with life as usual, although she knows there is no such thing.

Can Hannah and Christian move beyond their past mistakes and accept God’s plans for their future — together? Or will their marriage end in another tragedy? 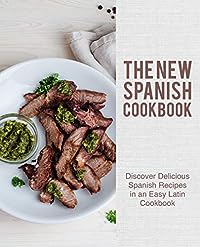 In this book we focus on spanish cooking. The New Spanish Cookbook is a complete set of simple but very unique Spanish recipes. You will find that even though the recipes are simple, the tastes are quite amazing.

Here is a Preview of the Latin Recipes You Will Learn: