Scott Drayco isn’t a typical detective: a former concert pianist with synesthesia, he turned to law enforcement when a violent attack put an end to his music career. The Scott Drayco crime novels have been named Best Mystery in the Next Generation Indie Book Awards, chosen as a Featured Library Journal Pick, and been a finalist for Shamus, Silver Falchion, Daphne, Kindle, and Foreword Book Review Awards.

After Drayco inherits a rundown Opera House in a Virginia seaside town following a particularly brutal case, he just wants to arrange a quick sale for the unwanted “gift” while nursing his battered soul in a peaceful setting near the shore.

Those hopes are shattered when a dead body turns up on the Opera House stage, a mysterious “G” carved into the man’s chest. With himself a suspect in the murder, Drayco digs into very old and very dangerous secrets to solve the crime and clear his name.

But first… Drayco must dodge a wary Sheriff, hostility over coastal development, and the seductive wife of a town councilman — before the tensions explode into more violence and he becomes the next victim. 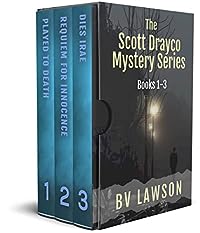 The last thing he needed was to inherit a rundown opera house. And now, he’s just found a body inside.

Scott Drayco isn’t a typical private detective: a former concert pianist with the rare condition of synesthesia — where he “sees” sounds as colors, shapes, and textures — he turned to a career in law enforcement after a violent attack put an end to his music dreams.

When Drayco inherits a rundown Opera House in a Virginia seaside town following a particularly brutal case, he just wants to arrange a quick sale for the unwanted “gift” while nursing his battered soul in a peaceful setting near the shore.

Those hopes are shattered when a dead body turns up on the Opera House stage, a mysterious “G” carved into the man’s chest. With himself a suspect in the murder, Drayco is forced to dig into very old, and very dangerous, secrets to clear his name.

Standing in his way are a wary sheriff, hostility over coastal development, and the seductive wife of a town councilman. But as Drayco digs deeper, it becomes increasingly apparent he’s running out of time to solve the unusually twisty mystery before tensions explode into more violence and he becomes the next victim. 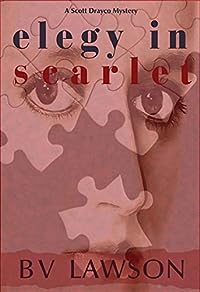 What if a large part of your past turned out to be a lie?

Detective Scott Drayco is already in the middle of a possible career-ending legal battle when word comes that his mother, who disappeared 30 years ago, is very much alive — and charged with murder. With Drayco’s father washing his hands of the matter and police convinced the woman is guilty, everyone tells Drayco he should just walk away.

But Drayco can’t leave it alone and becomes obsessed with uncovering the truth: is his mother really a killer? Why did she suddenly leave her husband and children to vanish without a trace? And where has she been all these years?

Drayco learns there are plenty of people who wanted the victim dead, including a shadowy stalker who seems to have a mysterious connection to Drayco’s mother. As he wades hip-deep into secrets, lies, and cons, Drayco begins to wonder if the case is all part of an elaborate scam… where the only one being fooled is Drayco himself. 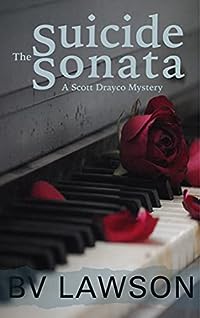 When synesthete Scott Drayco’s piano career was cut short years ago after a violent carjacking, he thought all that was behind him. He’d had success since then as an FBI agent and private crime consultant, applying his unique insights to complex and seemingly unsolvable cases. The past was the past… no need to dwell on what could never be.

But now a young marine biologist is dead, seemingly of suicide. Found with his body is a mysterious song — the same song linked to a piano sonata that led to a wave of suicides in 1930s Hungary. And the case may also be linked to Drayco’s beloved piano teacher who died around the same time as Drayco’s carjacking.

As Drayco digs deeper, he finds more unusual aspects of the case not easily explained: the victim’s missing cellphone; his “Gang of Five” friends and their interest in the Akashic Records spiritual philosophy; and the gun used by the victim that was mysteriously stolen from a friend’s car.

Drayco fears a tragic incident from his own musical past may be clouding his judgment. After all, the facts point to suicide, case closed. But when Drayco starts suffering from depression himself after playing the sonata, can he be certain of what’s real and what’s imagined? And can he prevent even more tragedy before it’s too late? 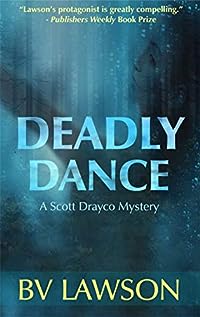 Some secrets refuse to stay buried…

When Scott Drayco’s ex-girlfriend begs him to prove her rich fiance, Harry Dickerman, is innocent of murder, Drayco’s torn; he’s suspicious of Harry’s motives for wanting to marry a much younger woman, but on the other hand, the man seems to be a paragon of virtue. The police think it’s an open-and-shut case — the victim was Harry’s ex-wife, killed in Harry’s home with his own letter opener, and only Harry’s prints were on the murder weapon.

But as Drayco digs deeper, he starts to find cracks in that “open-and-shut” case and investigates whether corporate espionage was involved and how a shady attorney figures into the mix. Most puzzling of all, why was the victim living in an mysterious, out-of-the-way commune for Wall Street refugees? And why does the commune seem to be less about peace, love, and brotherhood and more about drugs, sex, and blackmail?

With help from his former FBI partner, “Sarg” Sargosian, Drayco uncovers a possible Russian connection that may be key to the mystery. But as he plunges deeper into a cesspool where everyone seems to be guilty of secrets and lies, he’s not sure who he can trust… or whether a deadly dance with the devil will be his undoing.