Hope To The Box

The weather has been absolutely beautiful. The bumblebees, ladybugs, and butterflies are all back and taking their place in the garden. Now it’s time for the bees. I have three bait boxes all set up with little welcome signs in the doorways. I think swarm season has already begun, but I haven’t seen that many bees around. I am hoping they are just late. I refuse to buy another nuke knowing there are free bees flying around all over the place. I am going to try very hard not to drive myself crazy checking the bait boxes every ten seconds. But if I do I am going to count that as my cardio going from box to box. 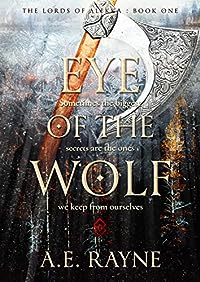 Eye of the Wolf: An Epic Fantasy Adventure (The Lords of Alekka Book 1)
by A.E. Rayne

Twenty years ago, King Ake Bluefinn rose to power by defeating the family of tyrants who had oppressed Alekka for centuries. Now, the heir to that evil dynasty, Hakon Vettel, is making moves, seeking to reclaim the ancient throne.

But first, he plans to capture Ottby, a strategic fort protecting the bridge to Alekka’s capital. Ottby, ruled by Reinar Vilander, an unlucky lord whose gods have spurned him, and whose men are leaving in droves, making the fort vulnerable to an attack.

Sensing the imminent danger, Reinar goes raiding, hoping to turn his fortunes around. For if he can fill his empty coffers, he can tempt more men to mount his walls. Though in the small fishing village of Ullaberg, he finds a treasure greater than any silver or slaves.

He finds a dreamer.

A woman gifted foresight and magic by the gods, prized by lords and kings alike.

But now that Reinar’s captured her, will she help him turn his fortunes around before it’s too late? 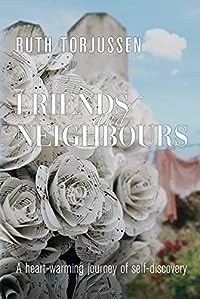 FRIENDS AND NEIGHBOURS: A heart-warming journey of self-discovery
by Ruth Torjussen

Life as a Marie Osmond impersonator living in Stoke can be challenging enough.But when your best friend has died and your other friends have moved away it can suddenly get a whole lot tougher. Now heartbroken Jenny has a female shaped hole in her life which – despite the presence of many women – won’t go away. Grief has turned her into a first class snob.

Husband Lonny preps the house for climate change and is unable to halt Jenny’s unravelling. Then gorgeous Trudi wafts into the creative writing class and brings some much needed hope.

Feeling that this is the only way out of her depression, Jenny’s intention to befriend Trudi builds to an obsession while facing all manner of setbacks. A motley crew of unsuitable local women is encroaching while lovely Trudi remains elusive. Why is something that used to be so easy, now so hard?.

Mixing serious issues with much hilarity ‘Friends and Neighbours’ is a feel-good story for our times. 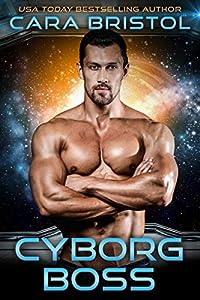 Ex-Cyber Operations field agent Dale Homme has kissed danger and betrayal more times than he cares to count and has developed a sixth sense for smelling trouble. Now he runs a clandestine factory beneath the surface of the moon Deceptio, where confidentiality and security matter more than anything. When a beautiful young woman arrives seeking a job, Dale knows within minutes she’s lying. Everything about her is false: her past, the people she claims to know, her reason for being on Deceptio. Illumina Smith? Even her name is an alias. Logic says send her packing. His gut says she needs his protection and his love.

But when her past catches up with her, the danger is greater than he ever imagined, and it might take more than cyborg’s power to keep her alive…

Cyborg Boss was previously titled Captured by the Cyborg.

Pebble Cove is known for giving tourists the cold shoulder, but a frozen body is something new.

The people of Pebble Cove are thrown into a forced hibernation when the worst snowstorm in a decade hits the Oregon Coast. They expect to find damages once the snow thaws, but a frozen body down by the pier comes as a terrible surprise.

Rosemary is keeping warm with an abundance of chai tea, wooly sweaters, and further research into Asher’s past. But when a second body is found, she can’t deny the chilling thoughts that the two deaths might be connected. Or that this might not be the end.

Readers, this is the fourth book in a popular cozy mystery series by Eryn Scott. These books are all clean with no gore and no swearing. Starting from the beginning with this series will provide the best reading experience. The ghosts are the only paranormal aspect in the series. And there are definitely cats because… well, there has to be. 🙂 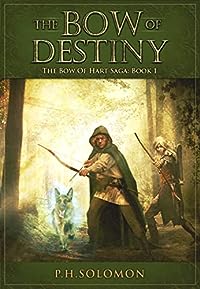 The Bow of Destiny (The Bow of Hart Saga Book 1)
by P. H. Solomon

Fantasia Reviews Book of the Year – 2016
Haunted by his past. Hunted in the present. Uncertain what is real.
Athson suffered hallucinations ever since he was orphaned, including a dog no one else sees. The will in his possession, bestowed in a dream, can’t be real. But the trolls now hunting him are. A destiny, both inconvenient and unavoidable, drags Athson into an unwanted quest that challenges all his assumptions.
Can he trust anyone?

Sworn to secrecy by his dead father about the bow, Athson wants nothing to do with it. A dragon and a wizard want the bow – and Athson dead. Running from the quest and his destiny are tempting options.

Then he finds something unexpected. Will his discovery destroy him before he recovers the bow?

If you love classic fantasy with new ideas, read The Bow of Destiny because it’s quietly addictive. Get it now. 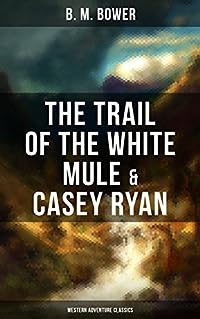 The Trail of the White Mule & Casey Ryan (Western Adventure Classics)
by B. M. Bower

Casey Ryan is a stagecoach driver known for fighting, gambling and drinking, but also for being the fastest one there is. Once he trades his coach for a Ford, things take a turn for the worse and Casey finds himself without car, money and job. In order to get back on his feet, Casey decides to start the search for the legendary Injun Jim’s gold mine.
The Trail of the White Mule – Casey Ryan tried to settle down, but his restless spirit just couldn’t take long. One day Casey bought a Ford and a tent, and went on a prospecting trip, leaving everything behind once again.
Bertha Muzzy Bower (1871-1940) was an American author who wrote novels and short stories about the American Old West. She is best known for her first novel “Chip of the Flying U” about Flying U Ranch and the “Happy Family” of cowboys who lived there. The novel rocketed Bower to fame, and she wrote an entire series of novels set at the Flying U Ranch. Several of Bower’s novels were turned into films.