I have put my treasure hunting / thrifting on hold for a bit. I have a bunch of treasures I need to get rid of in order to make room for new treasures. I can’t help but feel like I am missing out on some really good finds by not going to the stores. ERG! I have a serious case of FOMO – Fear Of Missing Out. I must get over it and stay strong. Normally I would go to a nursery and buy a few plants to sooth my soul, but March is no plant buying March. Why again did I do that to myself? I think secretly I like to challenge or torture myself. Just a few more days left in March. I am in the final stretch!

When a faction of rogue operatives who call themselves World Order Now kidnap eleven-year-old Hope Mitchell — a powerful girl who may be the link to other worlds — Kylie feels immediately drawn to the girl’s energy and vows to save her.

Her elite team of psychic spies soon discover that not only is Hope Mitchell an audial telepath, too, but the girl has another special gift — a gift that can reach into the past and future.

A gift that others will kill for.

Kylie will soon learn the girl is much more than a time traveler; indeed, Hope Mitchell is the final piece of an improbable puzzle that will usher in nothing less than the Apocalypse itself.

Before all hell breaks lose. 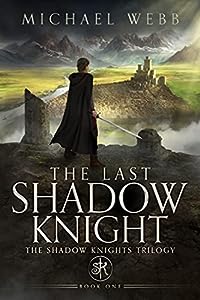 On the unforgiving streets of Karad, Veron grows up hungry, inexperienced, and stealing just to survive. After tragedy strikes, he is forced to decide what path his life will take.

Opportunity arises when he discovers the last survivor of a secret organization called the Shadow Knights. Apprenticed to learn their ways, Veron begins to develop abilities he never dreamed he could have.

Meanwhile, an enemy from across the mountains comes to destroy their kingdom’s way of life, and the Shadow Knights are the only ones able to stop him. As Veron fights to survive the city, he prepares to face his destiny.

The Work of Art: A Regency Romance
by Mimi Matthews

“Matthews weaves suspense and mystery within an absorbing love story. Readers will be hard put to set this one down before the end.” -Library Journal, starred review

Winner of the 2020 HOLT Medallion

Hidden away in rural Devonshire, Phyllida Satterthwaite has always been considered more odd than beautiful. But in London, her oddity has made her a sensation. Far worse, it’s caught the eye of the sinister Duke of Moreland — a notorious art collector obsessed with acquiring one-of-a-kind treasures. To escape the duke’s clutches, she’s going to need a little help.

Captain Arthur Heywood’s days of heroism are long past. Grievously injured in the Peninsular War, he can no longer walk unaided, let alone shoot a pistol. What use can he possibly be to a damsel in distress? He has nothing left to offer except his good name.

Can a marriage of convenience save Philly from the vengeful duke? Or will life with Arthur put her — and her heart — in more danger than ever? 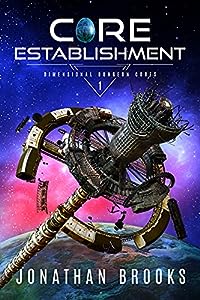 A journey that was a lifetime in the making…
Milton Frederick never had the chance to live out his life as a professional gamer on Earth, mainly because he was abducted by aliens. Unfortunately, he wasn’t returned home after the typical probing associated with such things to tell an unbelievable story to his friends. Instead, he was summarily killed and his consciousness was inserted into a Station Core, a giant metal egg-shaped object that could use technology to create traps, Combat Units, and other defenses to protect not just himself but those he cared about.

Despite killing him and sticking his mind in what was essentially a giant computer, the aliens that went by the name “The Collective” weren’t actually a bad group of people. Ultimately, what they had done to Milton had been to save themselves from the incessant attacks of a different group of aliens called Heliothropes; sadly, he never made it to where he was supposed to end up. Rather, his Station Core ended up crash-landing on a foreign planet named Proctus, as far from The Collective as it was possible to get.

However, through many difficult scenarios and by adapting to his new form, Milton was eventually able to leave Proctus with some new friends and new ships he had built with the help of his versatile drones. Now bound for Collective space to fulfill a promise to his personal AI guide, ALANNA, Milton and his crew use their trans-dimensional drive to journey there through a strange dimension that cuts down on their travel time.

What they find waiting for them when they emerge is not what any of them were expecting.

Dimensional Dungeon Cores is a continuation of the Station Cores series, though it can be enjoyed without having read the previous books. This story contains LitRPG and GameLit mechanics, Dungeon Core elements including dungeon construction and defense, and optional stat tables in the form of footnotes. Contains no foul language and no harems or sexual content. 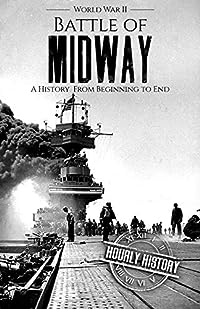 The Japanese attack on Pearl Harbor on December 7, 1941 had dealt a catastrophic blow to the United States Navy, but it had not knocked out all of the U.S. carriers. That was an omission that Admiral Isoroku Yamamoto, Japan’s fleet commander, intended to rectify by invading a site close to Pearl Harbor. The surprise attack on Pearl Harbor had worked out well for the Japanese — why not try another one on Midway Island? The plan was to destroy the Americans when they launched a counterattack. Japan, then, would rule the Pacific and continue the expansion of its empire. What Yamamoto didn’t know was that Japanese fleet codes had been broken and Pacific Fleet Commander Admiral Chester Nimitz, privy to what the Japanese planned to do, was able to place the American carriers where they would catch the Japanese off guard as they prepared to launch air strikes on Midway Island.

Not Ready for War
The Crucial Codebreaker
Nimitz, Commander-in-Chief
Preparing for Battle
The Battle that Changed the Tide of War
The Legacy of the Battle of Midway
And much more!

After the Battle of Midway, the Japanese were forced into the position of trying to defend the territory that they had previously taken; their dreams of expanding their acquisitions and becoming the dominant power in the Pacific were gone. The tide of war in the Pacific had shifted.