Bring In The Water!

I think the neighbor’s cat is taking our fight to the next level. For years we have been battling it out over my front yard. I want him to stay out of it and leave the lizards alone. He wants to spend every waking second sleeping on my plants, and pooping right under my baby basset’s window. Every time I see him I chase him out of my yard screaming and yelling. I look nuts all the time running around my front yard in my robe, crazy hair, screaming at a cat. Yesterday he went too far. He pooped on my front doorstep. I almost stepped on it when I went out in the morning to warm up my car. No, I didn’t actually see him do it, but I feel it in my soul that it was him. I have to admit, that felt kinda personal. It’s time to dust off the motion sensor water sprayer. MWAHAHAHA 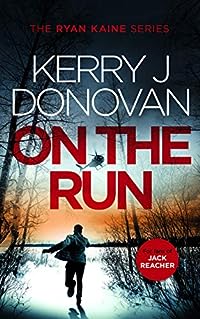 On the Run: Book 1 in the Ryan Kaine series
by Kerry J Donovan

Ryan Kaine is on the run…
A seemingly routine operation ends in tragedy when eighty-three civilians are killed in an aircraft explosion. Kaine, a highly decorated former Royal Marine, becomes the target of a nationwide manhunt; the police want him on terrorism charges, and a sinister organisation wants him dead.

In a desperate attempt to prove his innocence, Kaine is forced to rely on two women he barely knows — a country veterinarian who treats his wounds and an IT expert with a dark secret of her own.

Kaine must battle his overwhelming guilt, life-threatening injuries and strong moral code as he hunts for the people who turned him into a mass-murderer.

Using his skill in combat, gut instincts, and new-found allies, can Kaine uncover the truth and find redemption before the net finally closes?

If you like Lee Child, Mark Dawson and Robert Ludlum, you’re going to find the Ryan Kaine series compulsively addictive. 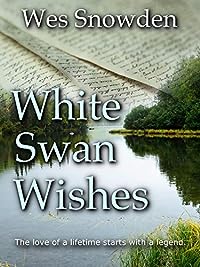 White Swan Wishes: -The Love Story of a lifetime begins with a legend.
by Wes Snowden

The meeting between young Michael Grayson and the lovely Signet Bergeron, one early September day, on the misty shores of Lone Pine Lagoon appears, at first glance, to be just a chance encounter. But was it? Possibly not, because Mike’s mother, Peggy, believes their meeting was destined to happen.
When Signet tells Mike about the legend of the White Swan Widow and her gift of wishes, it triggers the beginning of a tumultuous lifetime love affair that starts and ends on those same misty shores. Mike comes from a family of New England scallop fishermen, while Signet’s family has a mysterious background in Paris.
Despite their backgrounds, Mike and Signet develop a growing bond that is savagely torn apart when the young couple is attacked by thugs on New Year’s Eve. Their actual target was Jacques Bergeron, but their assignment failed when young Michael takes the bullet intended for Signet’s father.
The Bergeron family has a secret so dangerous that Signet’s father Jacques determines he must flee with his daughter to the safety of Buenos Aires, Argentina, leaving Mike bleeding badly on the family driveway.
From the wild North Atlantic scallop beds off George’s Bank to the steamy mysteries of exotic Buenos Aires, WHITE SWAN WISHES will take you on a voyage of adventure and intrigue. You will laugh and possibly even cry as the story winds to its highly satisfying conclusion.
Who knows? You might even WISH for more.

Journeys: The Archers of Saint Sebastian
by Jeanne Roland

A barracks full of beautiful boys. A girl in disguise, living among them.

It’s the 14th century, and the longbow is king. But in the northern European principality of Ardennes, archery isn’t just the nation’s defense. It’s the national obsession.

MEET THE JOURNEYS
12 young Journeyman archers, the best in the country
2 years of public competitions, in which looks count almost as much as ability
6 will win a coveted membership in the Archers’ Guild of St. Sebastian
1 will become the prince’s new Guardsman

MEET MARIEKE
15-year-old Marieke is as obsessed with St. Sebastian’s as everyone else in Ardennes. Only it’s the middle ages, and girls just don’t become elite archers. Except Marieke’s prospects as a girl aren’t promising either, after a well-timed kick from a mule has left her with a face that’s badly scarred and ruined for marriage. But when circumstances force her to leave her old life behind and flee to the guild for refuge, there are only two things Marieke really knows about the place. One is that a mysterious accident ended her own father’s time as a Journey. The other?
There are no women allowed inside St. Sebastian’s.
Marieke knows disguising herself as a boy and infiltrating the guild means embarking on a dangerous deception. But it may be her only chance to find out the truth about her father’s past and to stop a murderous plot from coming to fruition. When the dashing young Journeyman Tristan takes her under his wing as his squire, she’s got to stay – at least long enough to help him beat out his brutal arch-rival to win the competitions.
Keeping her identity a secret will be hard. Living in close quarters with a pack of gorgeous boys? That will be harder still. But the hardest thing of all will be keeping the vow she makes for herself: to see Tristan become the next Guardsman, without ever letting him find out she’s a girl – a girl, who loves him.

Part Robin Hood and part Princess Bride, with a pinch of Mulan and a dash of Cyrano de Bergerac in the mix, TheArchers of St. Sebastian I: Journeys is a humorous action and adventure saga inspired by late medieval/early Renaissance Belgium and packed with romance, wit, and longbow archery. Perfect for adults who love young adult themes,Journeys is an escape into the past that reads more like romantic historical fantasy than pure historical fiction.

Unrequited love? Ugly heroines who stay ugly? Friendship, coming of age, romance, adventure, and plenty of archery competitions? A unique setting inspired by the glorious city of Bruges, with a richly imagined, immersive world set within the walls of a male-only archers’ guild?Journeys: The Archers of Saint Sebastianhas it all, so if you’re looking for a great escape, don your disguise and join Marieke as she enters the forbidden world of Saint Sebastian’s, and prepare to fall in love with the Journeys – that is, the twelve best and most beautiful archers in all of Ardennes, the Journeyman archers of St. Sebastian’s. 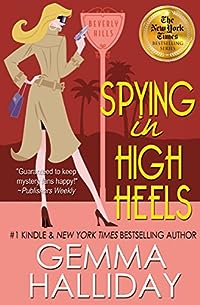 Struggling LA shoe designer, Maddie Springer, lives her life by three rules: Fashion. Fashion. Fashion. But when her boyfriend suddenly disappears–along with $20 million in embezzled funds–her life takes an unexpected turn from Manolos to murder. Now her every move is under scrutiny by the LAPD’s sexiest cop, dead bodies are dropping around her faster than last season’s trends, and the deeper she digs the more she realizes maybe she didn’t know her man as well as she thought. With the help of her post-menopausal bridezilla of a mother, a Venice Beach psychic, and her wanna-be actress best friend, Maddie finds herself stepping out of her stilettos and onto the trail of a murderer. But can she catch a killer before the killer catches up to her…
Rating: This story does not contain any graphic violence, language, or sexual encounters. Its rating would be similar to PG-13 or what you would find on a Hallmark Channel movie or TV series. 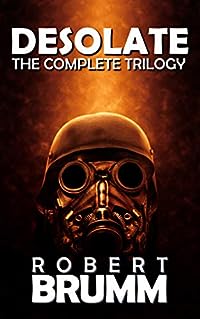 The lucky ones are already dead.

Howard Bell thought he hit rock bottom the day he returned to his former employer with a loaded gun. Instead of putting a scare into his ex-boss as he intended, things quickly get out of hand, and he kills five people.

Howard is sentenced to life at an experimental prison camp off the coast of Antarctica, and he soon learns the true definition of “rock bottom.” Prison life at the remote island involves back-breaking work in the illegal mine run by the corrupt warden and his abusive guards.

After a mysterious object is discovered deep in the mine, the inmates and staff start dying from an unknown infection. Howard is lucky to find himself one of the few survivors immune to the pathogen, but he and his fellow inmates learn something far more sinister and terrifying also has emerged from the mine. The truly lucky ones are already dead.