I really wish we had hedgehogs running around wild in California. Can we trade in all the rats we have with hedgehogs? No? What about half the rats? 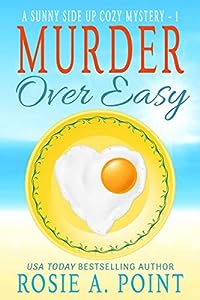 Murder Over Easy (A Sunny Side Up Cozy Mystery Book 1)
by Rosie A. Point

Murder has never been this easy…

When Sunny Charles arrives in small-town Parfait, Florida, the last thing she expects is a note from her aunt instructing her to take control of the famous Sunny Side Up Café. After going through a vicious divorce, losing her entire life savings, and, oh yeah, having the Russian mob on her tail, Sunny’s willing to give it a shot, even if it means trying her hand at cooking.

Let’s face it, eggs over easy aren’t exactly ‘easy’ to make, but they beat facing off against armed men with guns. All things considered, her first day in the café goes well, that is, until one of the customers, a food vlogger, tries her aunt’s eggs over easy and drops dead on the spot. Sunny’s set to lose the café unless she can prove her innocence. But with a handsome chef as a distraction, the creeping suspicion she’s being watched, and a detective on her case, she’s got her work cut out for her.

Can Sunny solve the mystery before the murderer stops her? Find out in this funny starter in a brand new cozy mystery series! 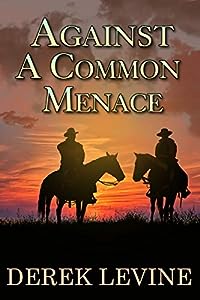 Against a Common Menace: A Historical Western Adventure Book
by Derek Levine

Joseph Moyer is a rancher with an ambitious dream. He intends to buy up as much property as possible to expand his cattle herds, and eventually, to be able to bypass the sole but corrupt cattle broker in the area. To his surprise, it isn’t only the broker who stands in the way of his plans, as someone else wants to purchase the same piece of land and expand their ranch. Joseph isn’t afraid of amicable competition, until someone starts playing dirty, and things get out of hand. Now someone wants to destroy his ranch, and even worse, someone wants him dead. When everything seems to point in one direction, will Joseph know better than to pass quick judgment?

Christine McCarty is a widow with nothing left but a modest ranch and a big brother to take care of. She’s got plans to expand the ranch and turn it into something less demanding of her time and efforts. In order to achieve her dream of a better life though, she must go up against another potential buyer. As if this wasn’t enough, she also has to deal with her brother, Dewey, who’s not as manageable as the livestock at the ranch. Dewey is stubborn and narrow-minded when it comes to making changes to save their property, and on top of that, he’s a notorious troublemaker. When someone starts making trouble for Joseph Moyer, everyone believes it’s Christine’s brother causing mischief. Will Christine find the courage to defend her brother when she also has doubts about Dewey’s innocence?

As one tragedy strikes after another, Joseph and Christine are convinced that somebody is out to get them. When someone turns up dead, the whole town wants the killer brought to justice. Everyone seems to know who is to blame, but Christine and Joseph know better… Will they manage to work together in order to unravel the truth and get to the killer before it’s too late? 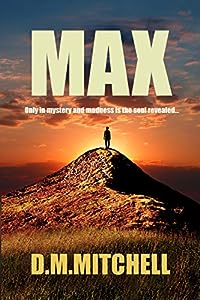 80,000 readers have downloaded his books since January. Discover for yourself why D. M. Mitchell is being hailed as one of the UK’s most imaginative new writers of suspense/thriller fiction.

“There’s been so much happen to me, so many strange things. Terrible things. My mind is in a whorl, confused as to what I should relate first. Where to begin? I must describe my cell. After all, it has become my world. Strange, that I who once had the entire globe to choose from, am now confined within a twelve feet by twelve feet boundary.”

So writes Philip Calder. He is being kept a prisoner, alone, on a remote Scottish island. His life is shrunk to the stifling confines of his small room, a courtyard surrounded by high walls, and the sterile company of two uniformed guards whom he ironically names Morcambe and Wise. He is only allowed a pen and paper to break the monotony. So he writes. He writes about how he came to be there, starting at the beginning, when Maxwell Stone first came into his world.

He relates how his world was altered forever when Connie Stone and her ten year old son Max moved into the small mining town of Overthorpe. It’s the 1960s, and Connie causes a stir amongst the locals, for wearing bright lipstick, short skirts, and, the worst of all, being a single mother. Calder is at once captivated by her.

Philip becomes friends with her son, but it is a strange, volatile relationship. Max is unfathomable, unpredictable, often violent, and as they grow older both Philip and Max vie for one young woman’s attention – Ruby. But it’s Max’s strange fascination with wanting to be Philip Calder, to have his life, his identity, that triggers a series of unpredictable events that will lead to Calder’s imprisonment.

Gavin Miller is a successful author. He is in possession of Calder’s manuscript, having been handed it by the manager of a nursing home called Overton Hall. He knows he must destroy it, because in it is laid bare his own dark secret. In it lies the seeds of his own ruin and why he is irrevocably tied emotionally and physically to the enigmatic Mrs Randolf.

But who exactly is Gavin Miller? Who is Mrs Randolf? What is the truth behind Philip Calder’s bizarre imprisonment on a remote Scottish island?

Max is a brooding novel that twists and turns through the decades to explore the dark workings of a troubled friendship, a diseased mind, and the jealousies and hatred that leads ultimately to madness, deceit and murder.

Will you be able to determine what is real, what is not? The clues are all there, if you know how to read them.

Guaranteed to keep you guessing to its shocking and unexpected end, Max is Daniel M. Mitchell’s darkest exploration of the human psyche yet. 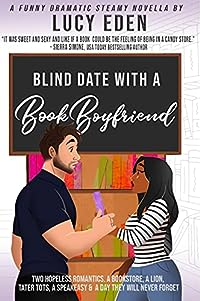 Blind Date with a Book Boyfriend
by Lucy Eden

Hi, I’m Jordyn. I flew from New York to Culver City, CA to interview for the job of a lifetime.

When I walked into The Bookstore, I only wanted a steamy romance or two to help pass the time before my big meeting.

I walked out with a gorgeous and sweet, cinnamon roll who was more funny and charming than all of my favorite book boyfriends combined, which definitely wasn’t the plan.

But Mike was irresistible, and the time we spent together exploring Culver City was more fun than I’ve had in a long time.

But I’m smart enough to know if something feels to good too be true, it probably is.

I mean, Happily Ever Afters are just for fairy tales and romance novels… right? 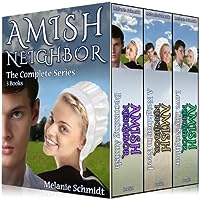 Becoming Amish: Rain is falling in Paradise, Pennsylvania and it threatens to flood the town, sweeping through the homes and businesses of the citizens there. Michael Goetz is a high school football star who yearns for the sense of home and place that he’s never had. Born to unhappy, abusive parents, Michael plays football to please his father and dreams of finding his true purpose in life. The flood in Paradise gives Michael the chance to work hard with his neighbors to save their town, and he discovers that he has more in common with them than he ever expected. Is it too late for Michael to escape his miserable family? Will Michael create new ties with his Amish neighbors? Can he learn to trust in a power that’s higher than any he’s ever known?

A Neighbor In Need: Salome Yoder lives a blessed life. She has her family and her faith, and the two times her safety has been threatened, Michael Goetz has come to her rescue. Finding herself attracted to the young English man, she wonders if her Amish community will offer him the solace he so desperately craves. Michael Goetz is an outsider. Taken in by an Amish family after his father threw him out, Michael is learning every day about the importance of faith, family, and belonging. He is drawn to Salome and hopes that his desire to convert to the Amish way of life will convince the bishop to allow him to stay with the Yoders. Dark secrets and wicked deeds threaten Michael and Salome’s hopes for the future. Will their faith sustain and guide them? Will they come together or be torn apart? Will the truth set them free?

Love Thy Neighbor: Michael Goetz stepped in to protect a group of defenseless children when he was just a child, but he never imagined that his action would alter the course of his life. Born into a violent family, Michael Goetz never felt like he belonged until he stepped in to join his neighbors in saving their little town of Paradise, Pennsylvania from rising floodwaters. The Amish neighbors Michael met that day proved to be more generous and loving than anyone he’d ever known. They stood by him when tragedy struck and Michael had to fight for his freedom. But will the Amish accept him as one of their own? Will Michael be able to publicly proclaim his feelings for Salome Yoder, or will he be forced to walk away from everyone he loves? Will God find a way to heal Michael and show him the power of community and family?