Did you know Mothers Day is right around the corner? I was not prepared for that at all. We just had Easter two days ago. That was just two days ago right? I love a good brunch as much as the next guy, but all these holidays are getting a bit out of control. Yes, I know Mother’s Day is all about letting mom relax, and I just happen to be a mom. The only problem is the day before isn’t Mother’s Day and that is the day I would be cleaning the house top to bottom and buying food to celebrate MD. I don’t want to clean the bathroom! The baby bassets do a pretty good job cleaning the bathrooms when I ask them to, but there is a huge difference between regular bathroom cleaning and holiday / party bathroom cleaning. It takes years to master holiday / party level cleaner. Mother’s Day really snuck up on me. Did I even finish putting Easter away yet? 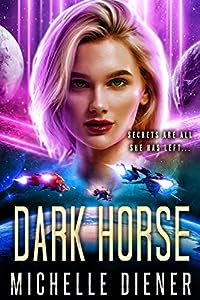 Some secrets carry the weight of the world.

Rose McKenzie may be far from Earth with no way back, but she’s made a powerful ally–a fellow prisoner with whom she’s formed a strong bond. Sazo’s an artificial intelligence. He’s saved her from captivity and torture, but he’s also put her in the middle of a conflict, leaving Rose with her loyalties divided.

Captain Dav Jallan doesn’t know why he and his crew have stumbled across an almost legendary Class 5 battleship, but he’s not going to complain. The only problem is, everyone on board is dead, except for one strange, new alien being. She calls herself Rose. She seems small and harmless, but less and less about her story is adding up, and Dav has a bad feeling his crew, and maybe even the four planets, are in jeopardy. The Class 5’s owners, the Tecran, look set to start a war to get it back and Dav suspects Rose isn’t the only alien being who survived what happened on the Class 5. And whatever else is out there is playing its own games.

In this race for the truth, he’s going to have to go against his leaders and trust the dark horse.

Winner of a SFR Galaxy Award 2016 and the Prism Award 2016 for Best Futuristic.

She broke up with him a decade ago. He’s back in town after finishing a degree at MIT, ready to start his job at the family company. Can Hunter and Molly find their way through their pasts to build a future together?

On his first Sunday back in Ivory Peaks after finishing his technology degree at MIT, Hunter Hammond comes face-to-face with Molly Benson. He’s just lost track of his little brother, but the old flame he’s harbored for Molly since she ended their high school relationship a decade ago is rekindled instantly.

Molly Benson, after succumbing to parental pressure and wanting to explore other options for a boyfriend, did break-up with Hunter back in high school. She’s never forgotten him though, even when she married another man. Now that she’s divorced, she carries emotional scars and personal feelings of unworthiness from a marriage she should’ve never agreed to.

Hunter’s kissed a lot of girls since his teenage relationship with Molly, just like his uncle once advised him to do. He inherited his two billion from his father when he turned 21, earned a degree in bioinfotronics from MIT, founded an organization to help injured military personnel and police officers, and fell in love with another woman — all while wearing his cowboy hat in Cambridge.

Their paths diverged, and when Hunter finishes up his work with his foundation, he returns to Ivory Peaks to start working in the labs at HMC, the family company.Through it all, his heart has never recovered the piece he gave to Molly all those years ago… Can his first love be the one that becomes forever? 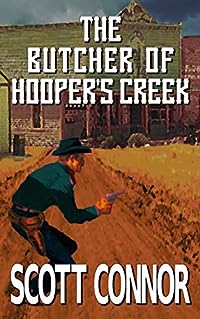 When Burley Reeve’s outlaw gang terrorized Trinity, Marshal Lincoln Hawk was tasked with bringing them to justice. He tracked down the gang in Faulk’s Gulch and killed Burley, but one outlaw, Fletcher Parr, escaped the gunfight.

Before long Fletcher’s trail grew cold, but Lincoln’s mission became even more important when he discovered that Fletcher was responsible for numerous unsolved killings. In fact, it was rumored he could be the infamous Butcher of Hooper’s Creek.

Lincoln vowed to find his quarry, but with Fletcher on the loose, how many more men will die before he can uncover the truth about the events in Hooper’s Creek and bring to an end the killer’s murderous exploits? 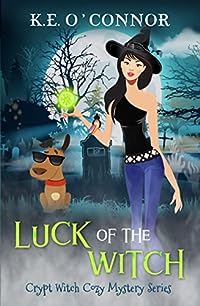 There’s a little bad in every good witch!

When Tempest Crypt’s not chasing demons outside her home of Willow Tree Falls (a place of magic stones and mystical thermal spas,) she’s running her bar and avoiding eye contact with the gorgeous leader of the biker gang.

Things turn dark when her sister, Aurora, is arrested for the murder of Deacon Feathers, a front-runner in the local mayoral election.

Tempest must go head to head with Angel Force, the bumbling group of angels who keep the peace, to save her sister. With too many suspects, too little time, and a troublesome demon of her own to keep in check, she has her back against the wall.

Along with her feisty four-legged sidekick Wiggles – a cake obsessed hound with a difference – Tempest must solve this murder before Aurora goes to jail for a crime she didn’t commit.

If you like cozy mysteries with fun, fabulous characters, and puzzles to figure out, then you’ll love this magic-filled, cozy paranormal mystery witch series. 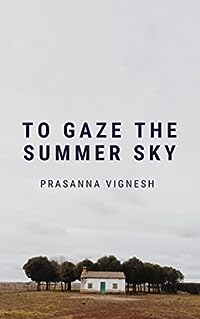 To Gaze The Summer Sky
by Prasanna Vignesh

When was the last time you laughed so hard that the unwitting tears of joy showed you your childhood self? When was the last time you cried so much that it washed away all your bottled-up emotions that longed forever to be set free? I believe that a complete life is a life with tears of all kinds.
To gaze the summer sky is a compilation of three short stories that thrive on unblemished, basic human emotions about first love, adventure and friendship that genuinely could make you smile. Take a break to appreciate that a little smile can make your world a happy place. In your smile is all the peace that mankind could adore.